Welcome to the Nomikai

Below is a list of all members-only articles published on nomunication.jp thus far.

[s2If current_user_can(access_s2member_level1)]Thanks for being a member of the Nomikai. If you need to catch the last train home and leave the nomikai, click here.[/s2If] 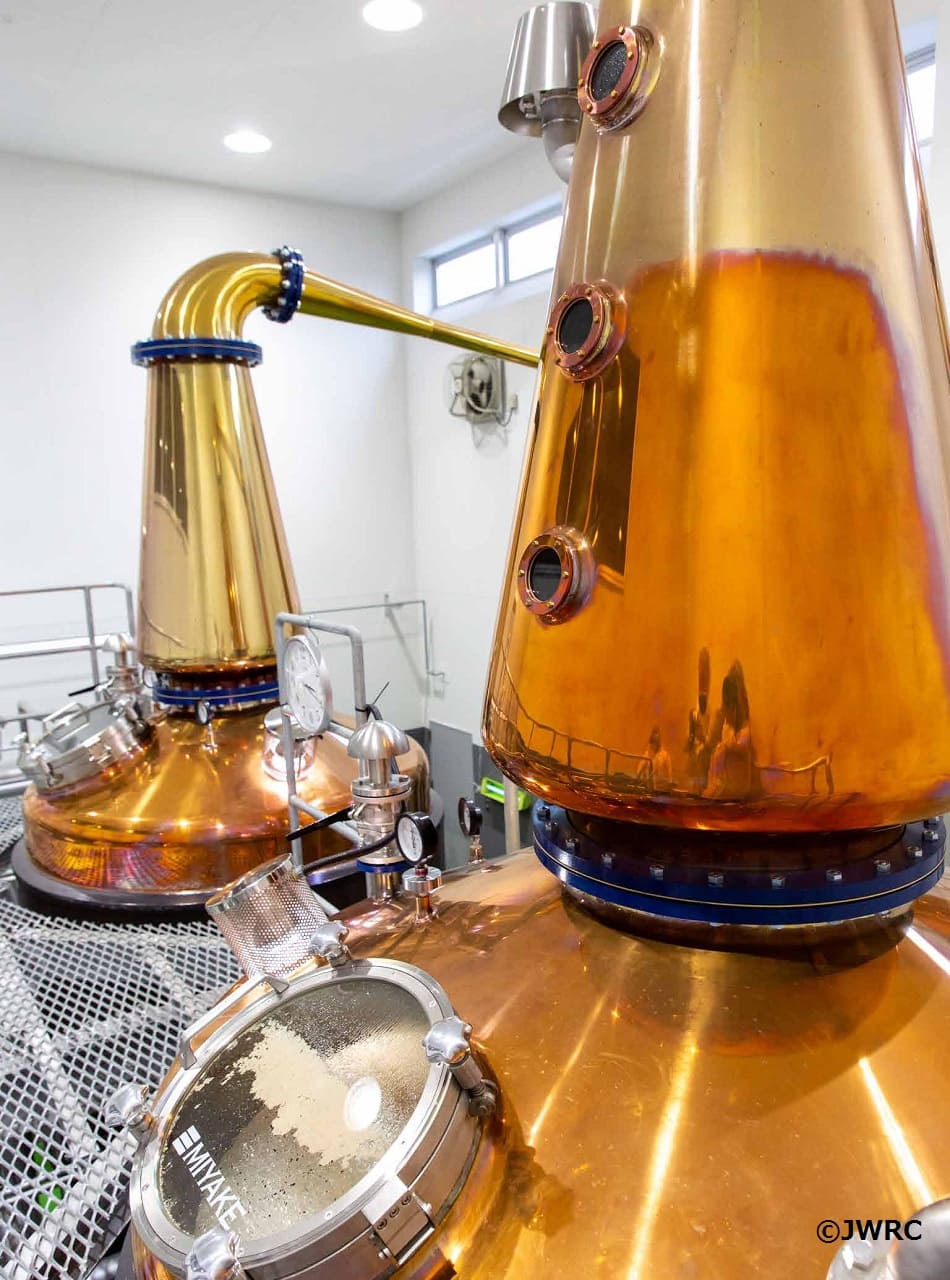 It’s back. We visit the new Hanyu Distillery, now fully operational. Hanyu, Saitama, has been prosperous in indigo dyeing since the Edo Period. It’s here that a distillery well-known to many whisky fans, Hanyu Distillery, produced malt whisky until 2000. Some 20 years later, the Hanyu Distillery has finally returned. We report from the new […] 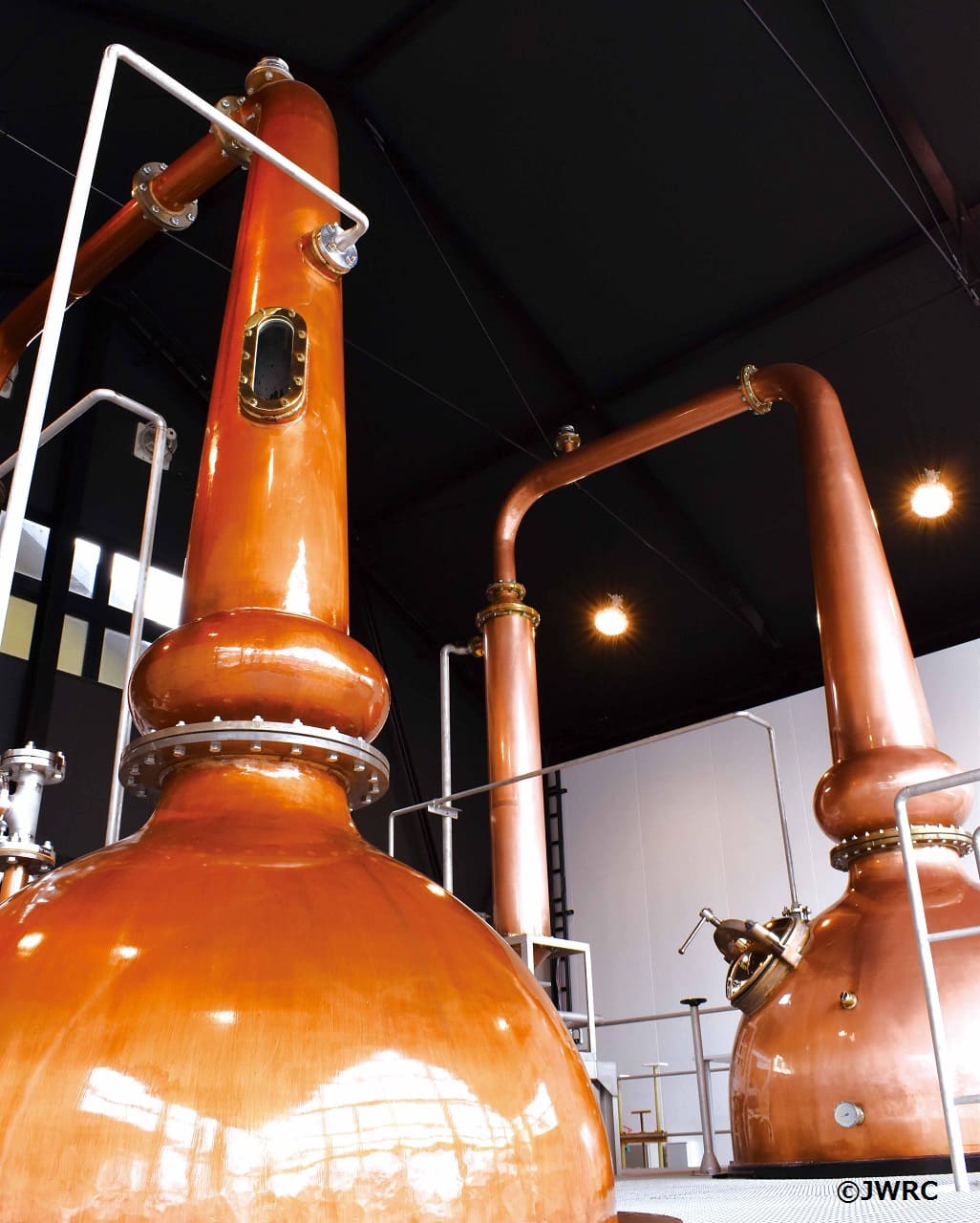 In Akashi, Hyogo prefecture, the maker of “Akashi-Tai” sake encountered new unexpected opportunities while building routes to market in the UK. They are now the sister distillery of Torabhaig in Scotland, and have begun whiskymaking fusing the techniques of both Japan and the West. Text: Mamoru TsuchiyaImages: Mamoru Tsuchiya, “Fishing Cafe” Editing DepartmentTranslation: Whiskey Richard […] 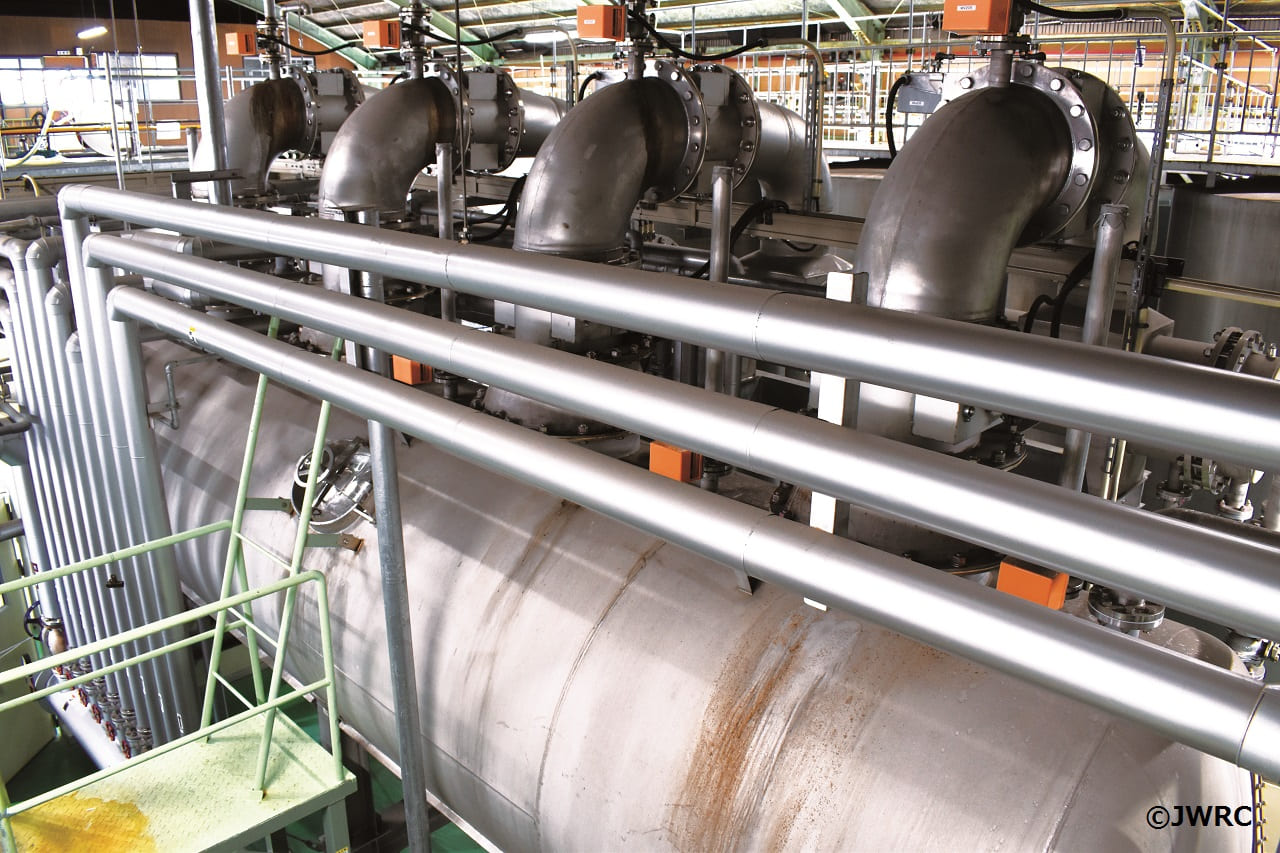 Kanosuke Distillery’s first single malt release is still fresh in mind. The company has turned the possibility of making grain whisky into reality, and an in-house blended whisky is well within their sights. Today, we look at what makes the Hioki Distillery’s grain special, given their use of existing shochu equipment and unique process. Text: […] 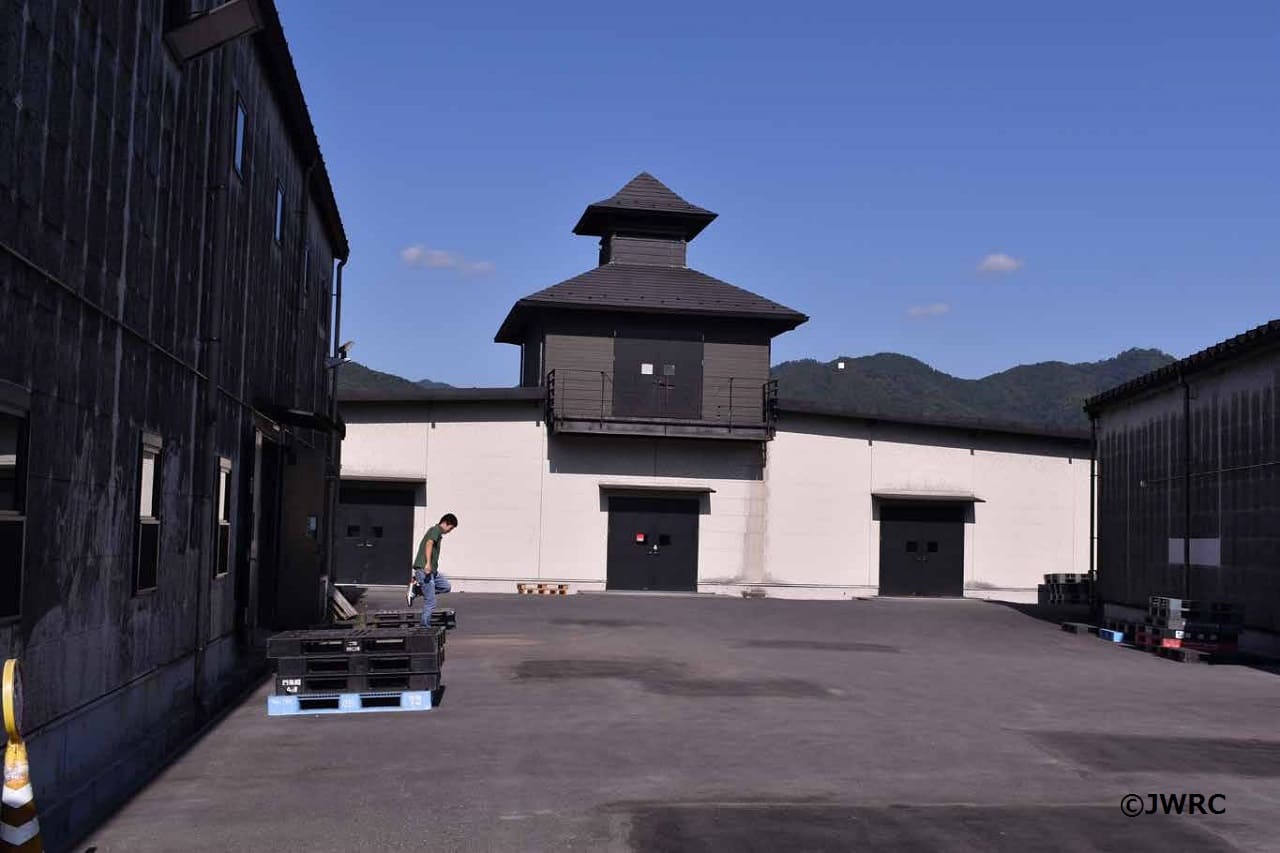 [Whisky Galore] Popularity of Japanese whisky and its craft movement: a look at the past 15 years 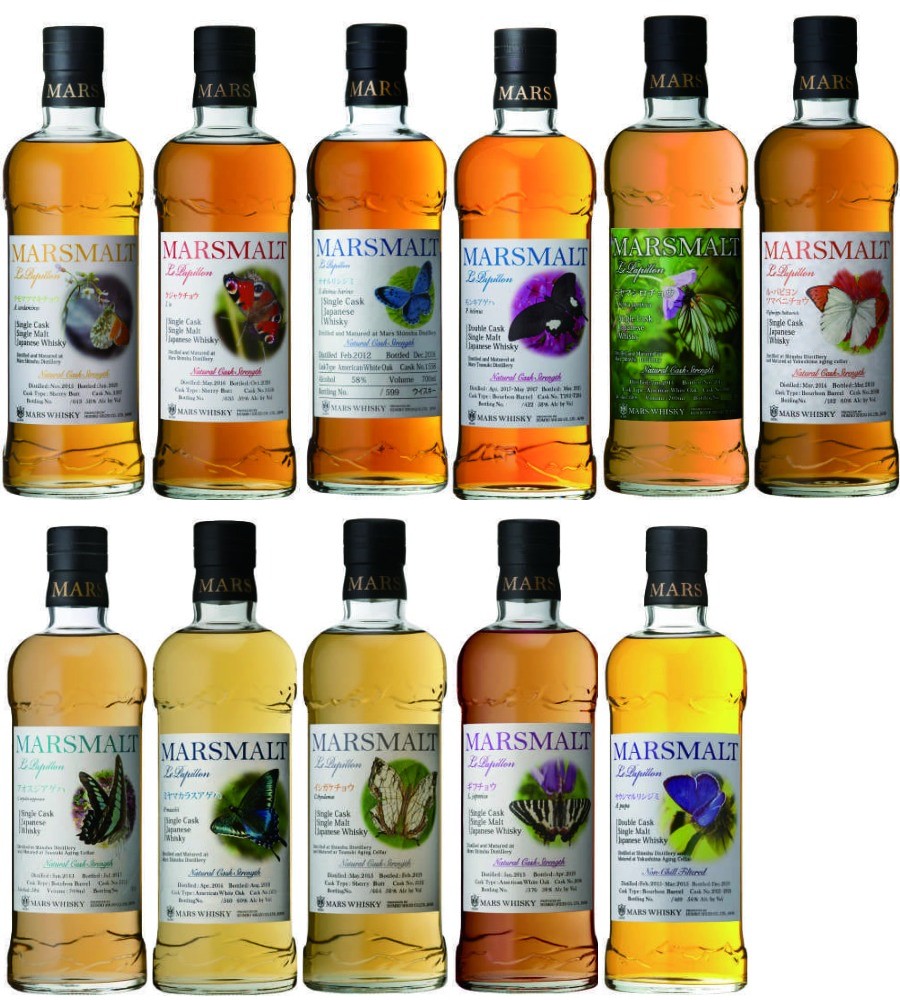 Text: Mamoru Tsuchiya Images: Provided by Hombo Shuzo Translation: Whiskey Richard This column originally appeared in Japanese in Whisky Galore Vol.29 / December 2021. t’s not uncommon for whisky series’ labels to use motifs of life. The former United Distillers, today Diageo, had the famed “Flora & Fauna” series. But nowhere else in the world […] 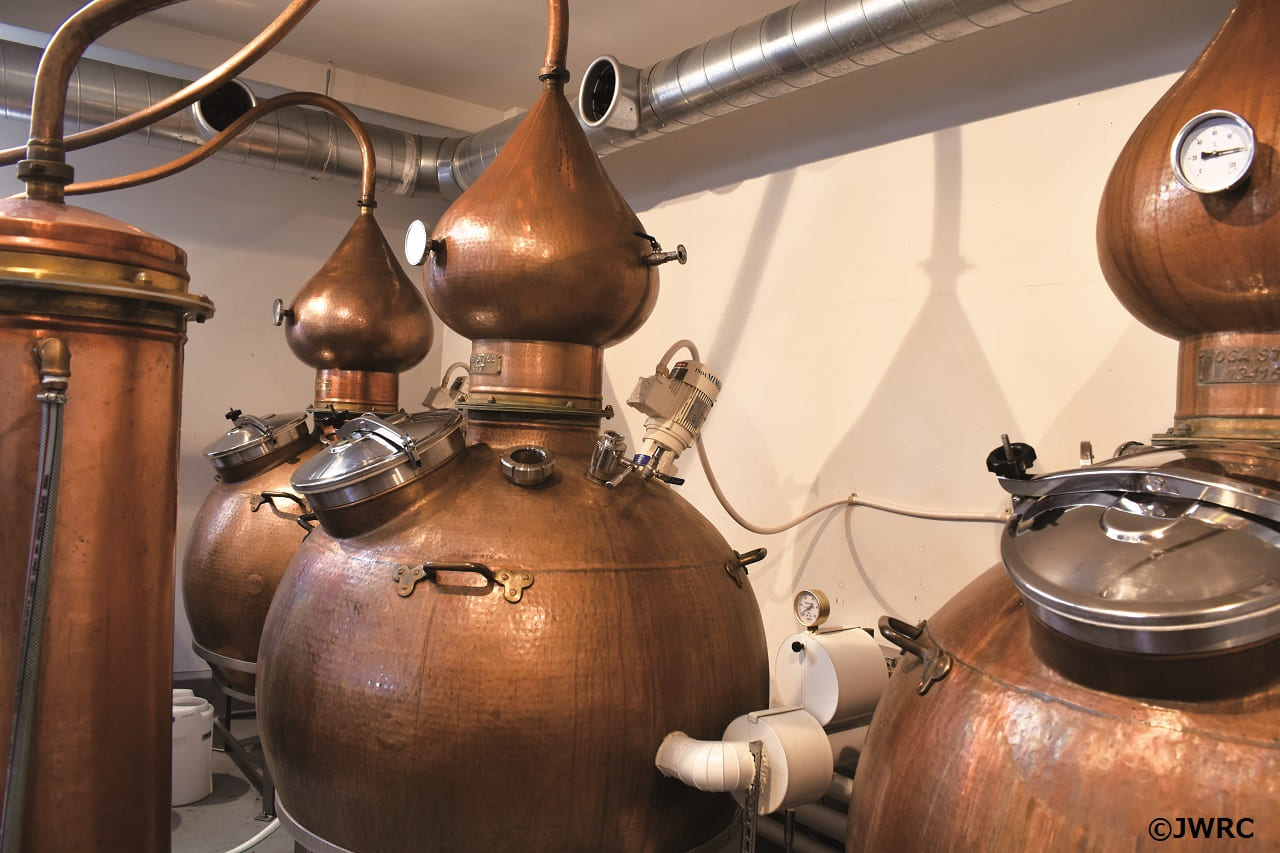 Situated on a levee of Lake Biwa is Nagahama, an inn town previously built up as part of the water transport in the area. The Nagahama Distillery was established in this town steeped in history. With their first single malts released just last year, what makes their “one batch, one cask” whisky unique? Header image: […] 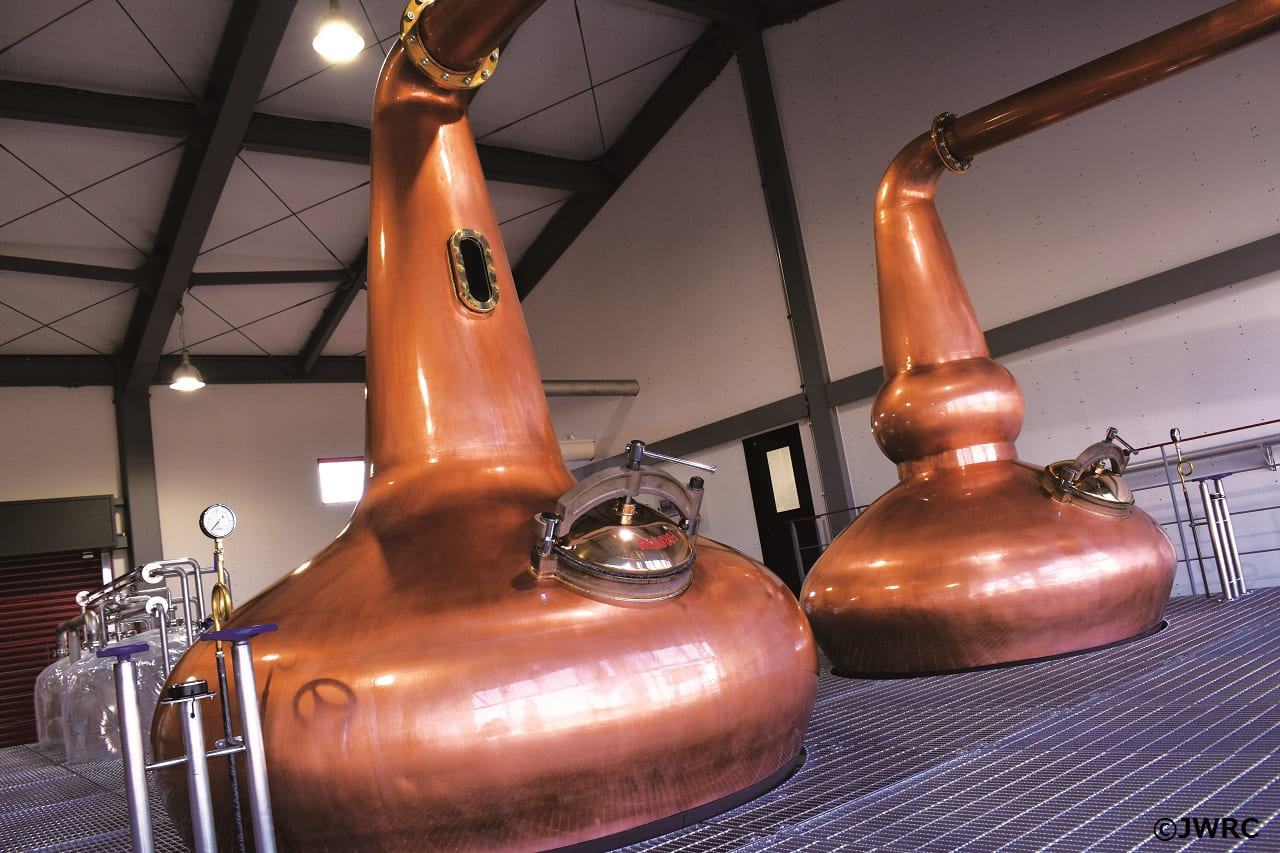 The Yuza Distillery opened in 2018 at the base of Mt. Chokai, one of the Tohoku region’s iconic mountains. Two young female graduates from the local university are making the whisky. They are one of Japanese whisky’s first-movers in gender equality, and the whisky is “world standard.”  Header image: Forsyths pot stills. On the left […] 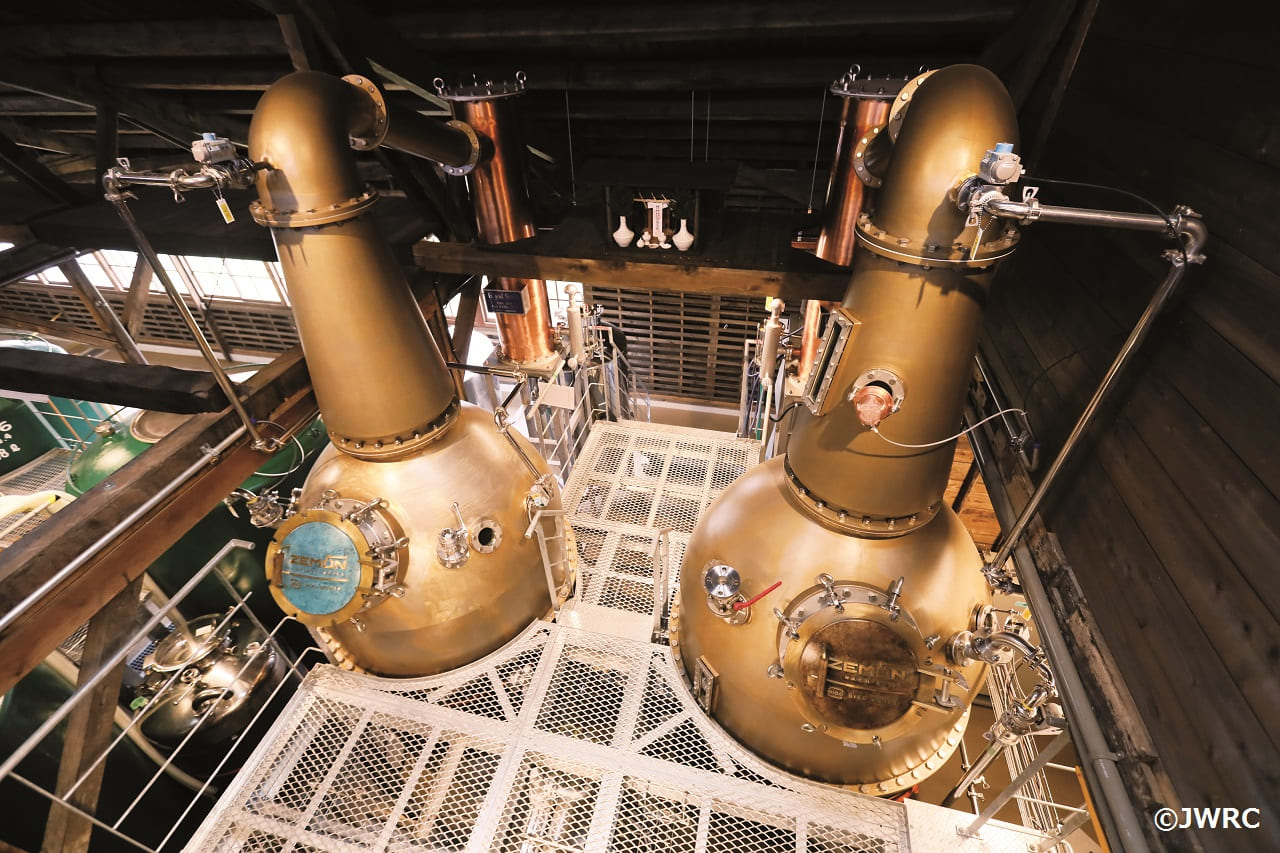 Wakatsuru Shuzo was founded in 1862. Famous for “Sunshine Whisky,” the distillery was revamped in 2017 to begin making genuine Japanese whisky. They’ve been surprising the industry with revolutionary ideas ever since. What’s next? Header image: The still is named ZEMON after the founder of Oigo Works Co., Jiemon Oigo. The right is the wash […] 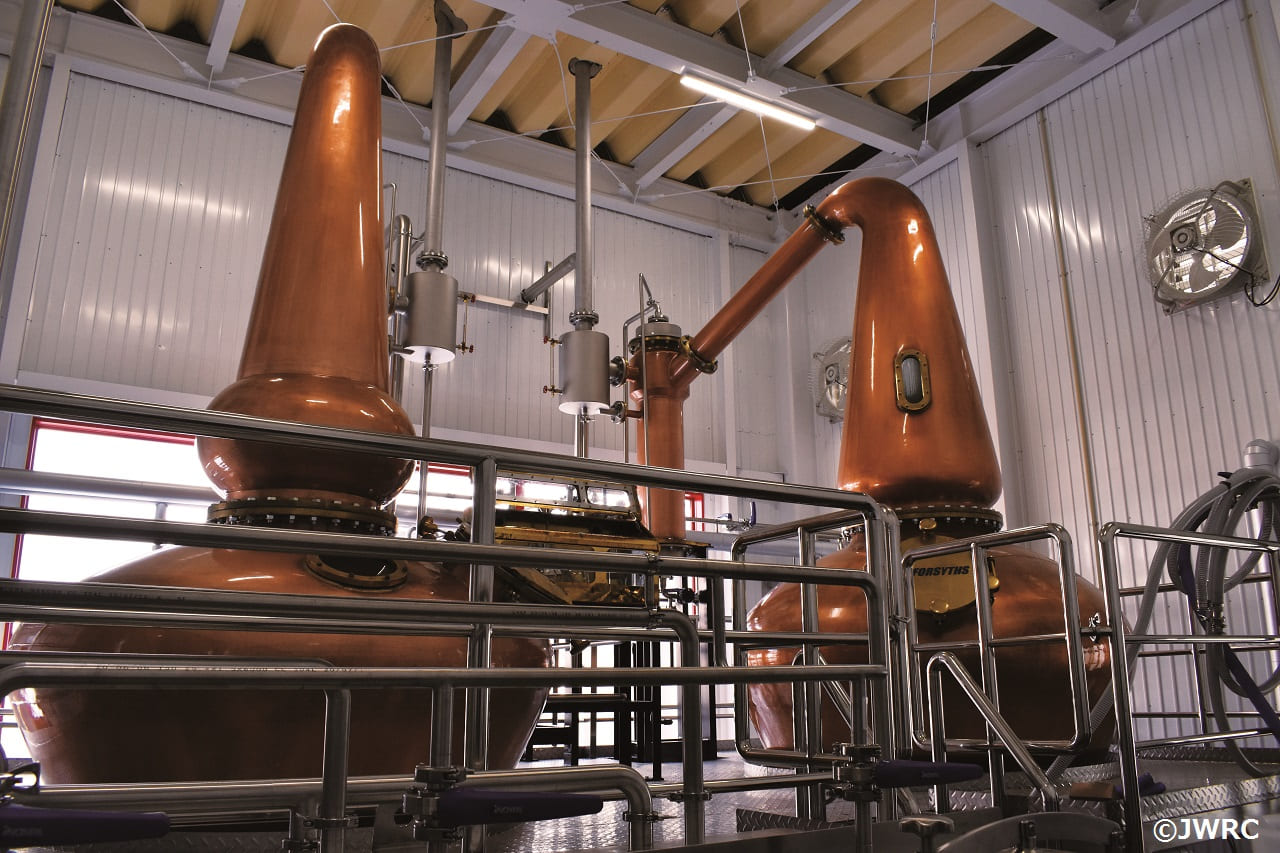 The Kameda Industrial Park–a ten minute drive from JR Niigata Station–is where you’ll find the Niigata Kameda Distillery. It was built by Otani, the biggest maker of seals in Japan. Why would a seal maker enter the whisky market? We visit to find out. Header image: The two pot stills were made by Forsyths. On […] 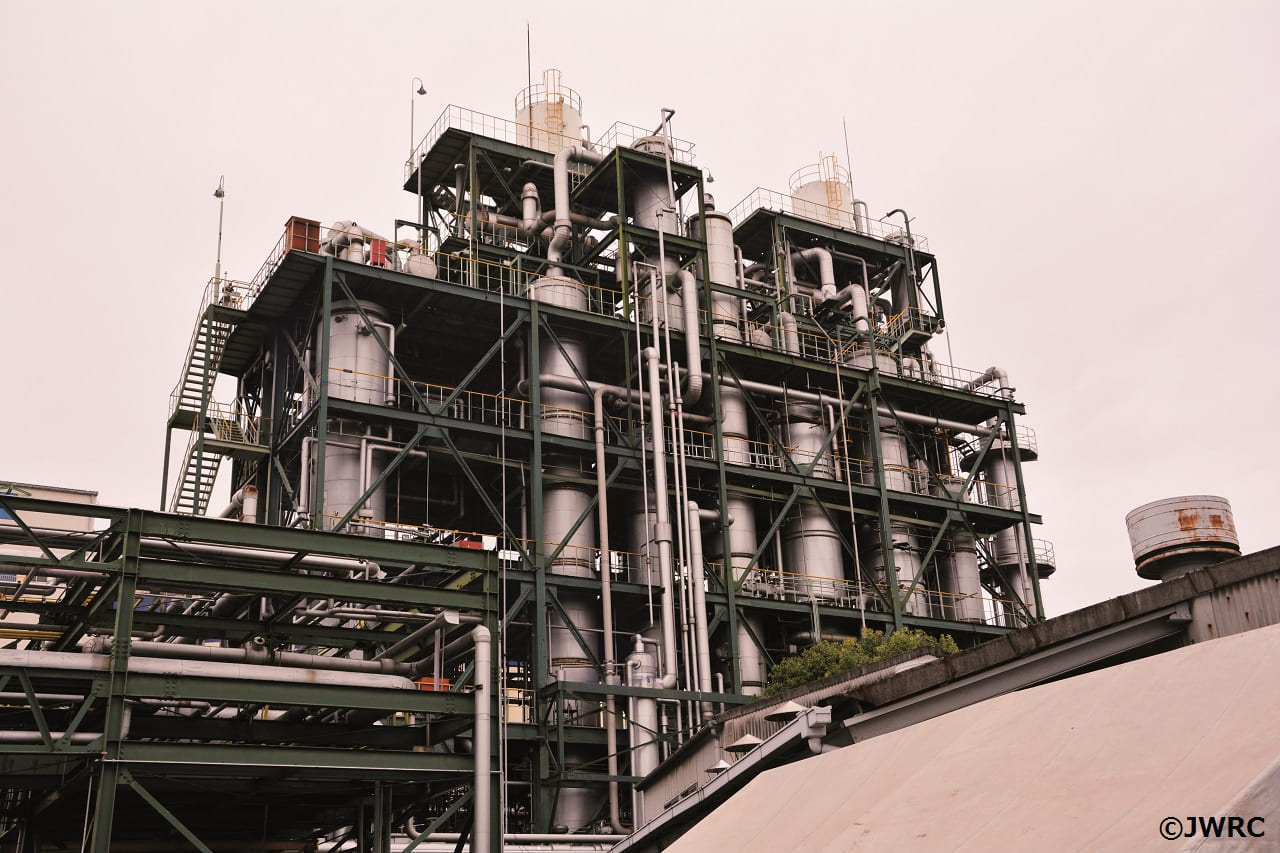 This famous supporting actor has now become the star of the show with the release of “Chita” Single Grain Whisky. Situated on the Chita Peninsula overlooking the Ise Bay, this distillery makes the grain whisky required for Suntory’s blended whiskies. Text: Yoshitaka Nishida Images: Mamoru Tsuchiya This article originally appeared in Japanese in Whisky Galore […] 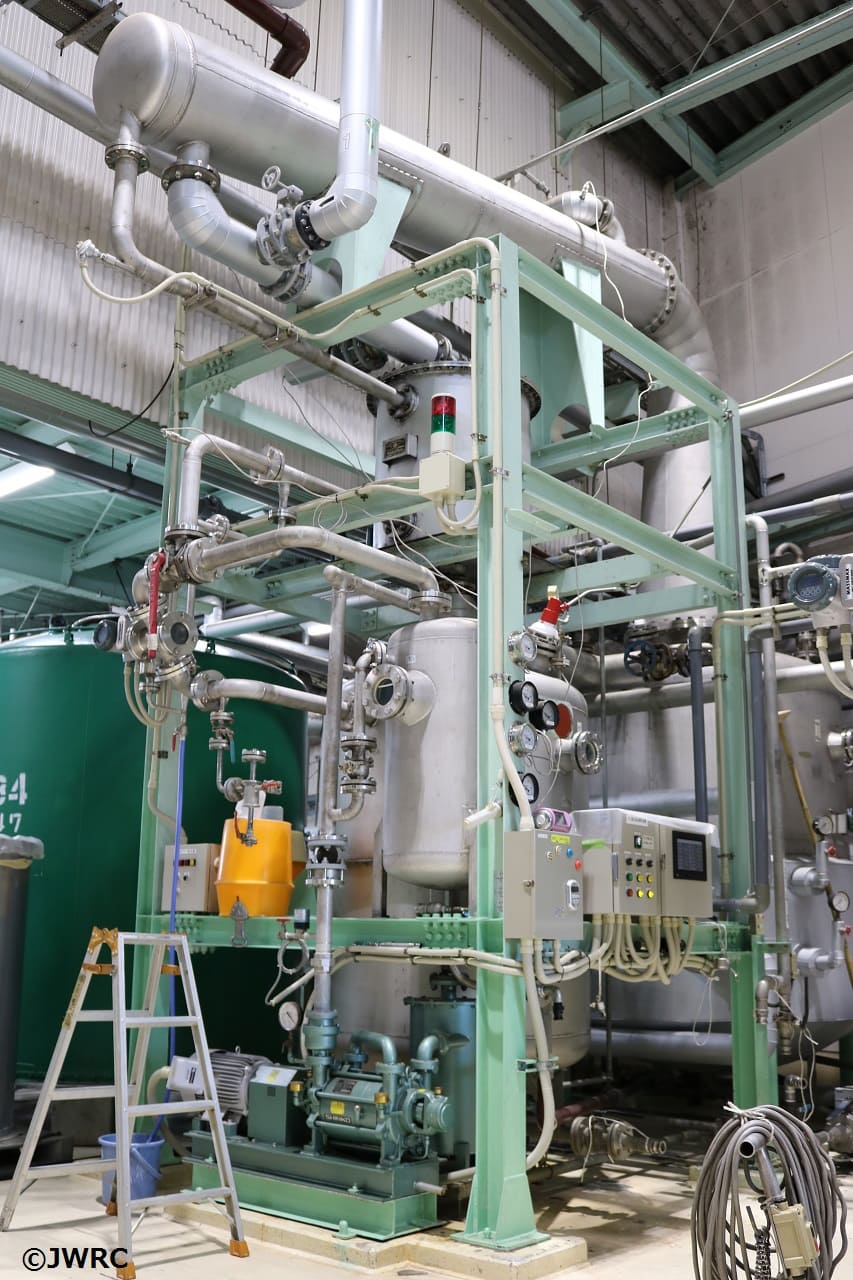 “Jin40-Asakura Craft Gin” is a craft gin released by the historical Shinozaki brewery. It’s from Fukuoka, using ingredients from within the prefecture. The owner of Fukuoka’s Bar Leichhardt, Yu Sumiyoshi, visits to see investigate the particulars of their operation. Images/text: Yu Sumiyoshi Translation: Whiskey Richard This article originally appeared in Japanese in Whisky Galore Vol.23 […] 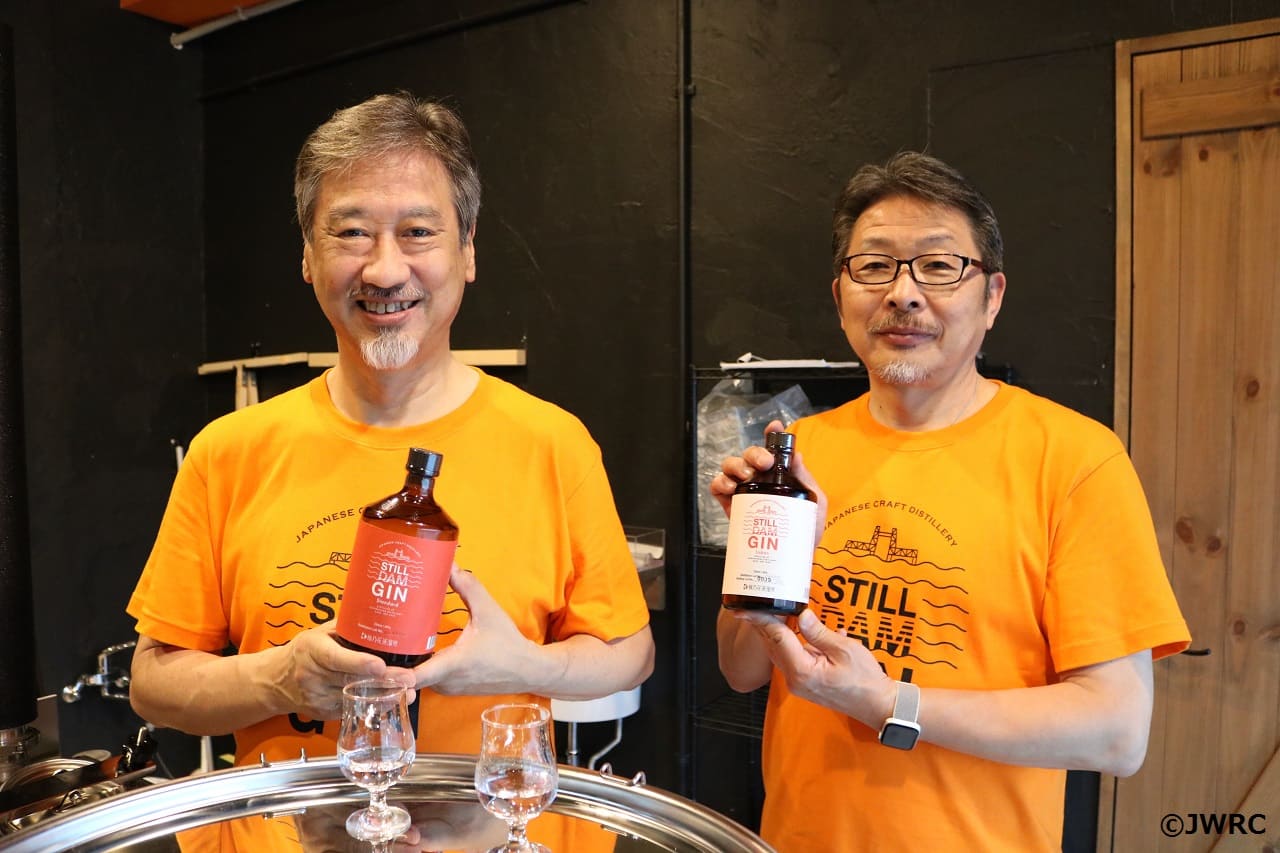 Saga prefecture’s first craft gin distillery is the Kusunohana Distillery, launched in May 2019. Distillation began in April 2020 using an iStill from the Netherlands. In July 2020, their first gin was released. Let’s have a look at their original gin focusing on botanicals from Saga. Bar Leichhardt’s Yu Sumiyoshi visits. Images/text: Yu Sumiyoshi Translation: […] 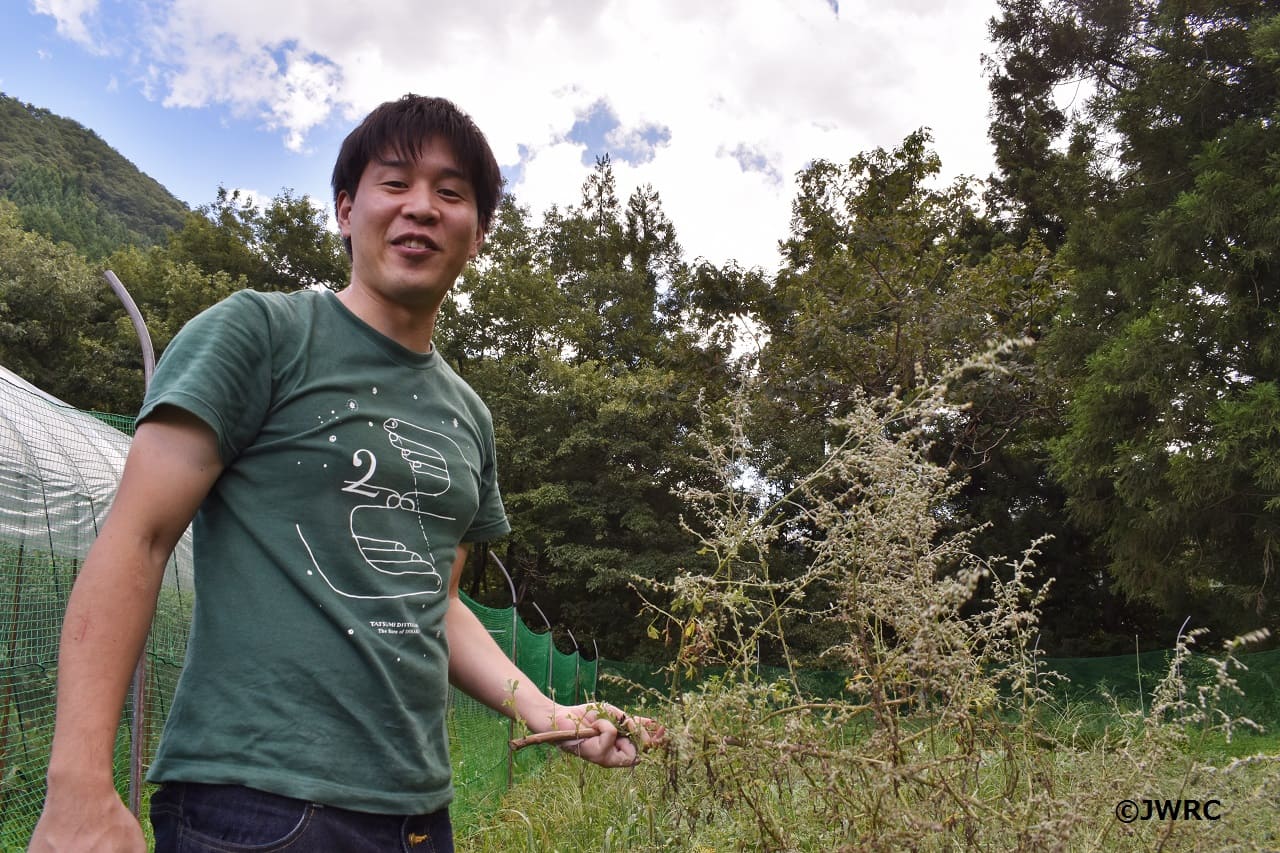 Gifu prefecture’s Gujo Hachiman is a scenic area that’s a world apart from the hustle and bustle of the city. On a bank of the Innaki River sits Shohei Tatsumi’s Alchemiae Tatsumi Distillery, opened in a renovated ironworks building. From handling the raw materials to the distillation, it’s a one-man operation. Cue the medieval alchemist […] 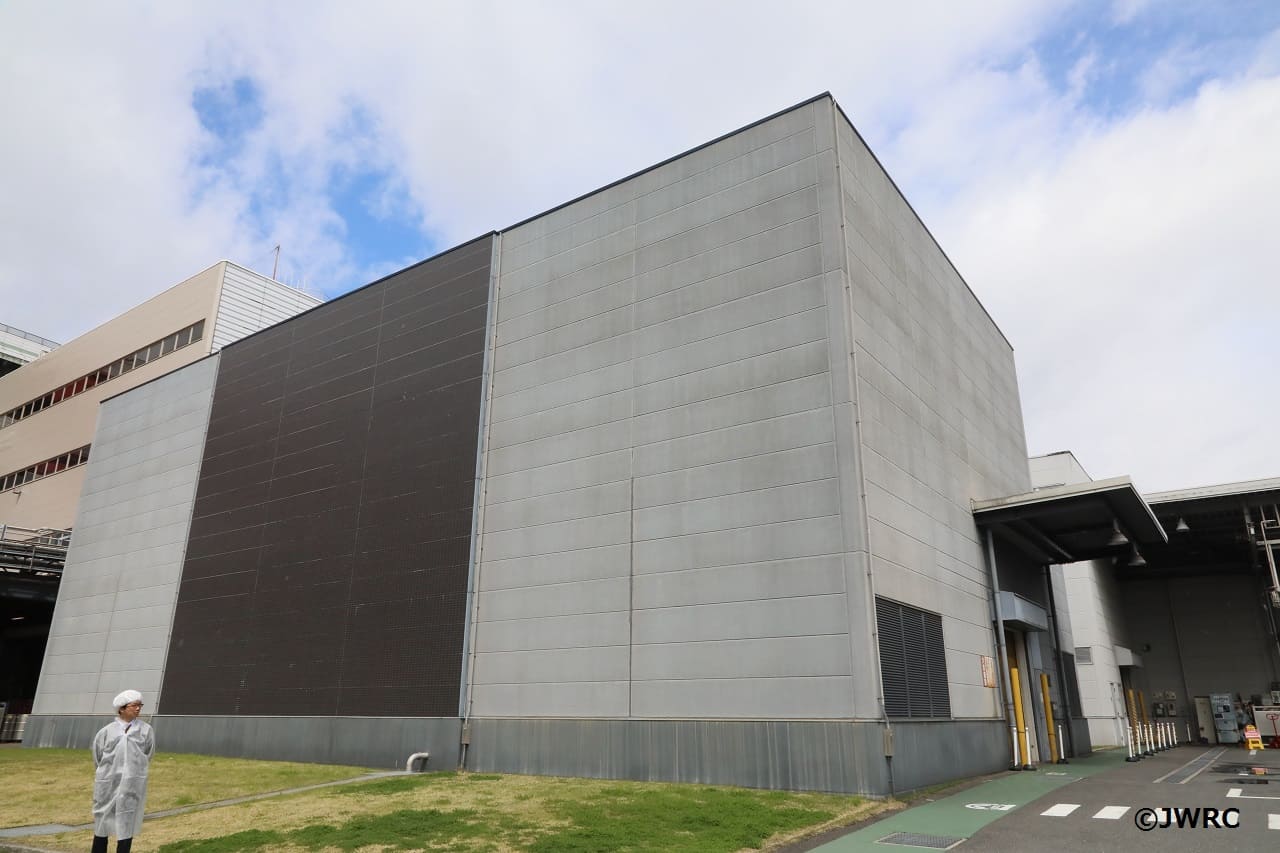 Suntory’s Osaka Factory was built in 1919 to make the company’s premier product at the time, Akadama Port Wine. In 2019, it celebrated its 100th anniversary. Japanese Craft Gin ROKU and other spirits and liqueurs are made here.  Header image: The Osaka Factory is divided into Plant 1 and Plant 2, and Plant 2 here […]

It will soon be a century since the birth of the first bonafide whisky distillery in Japan. Japan’s whisky has used Scotch as a model. That’s because Masataka Taketsuru, the first chief of the Yamazaki Distillery and founder of Nikka Whisky, studied at distilleries in Scotland. The whisky of Japan remained steadfast during the Pacific […] 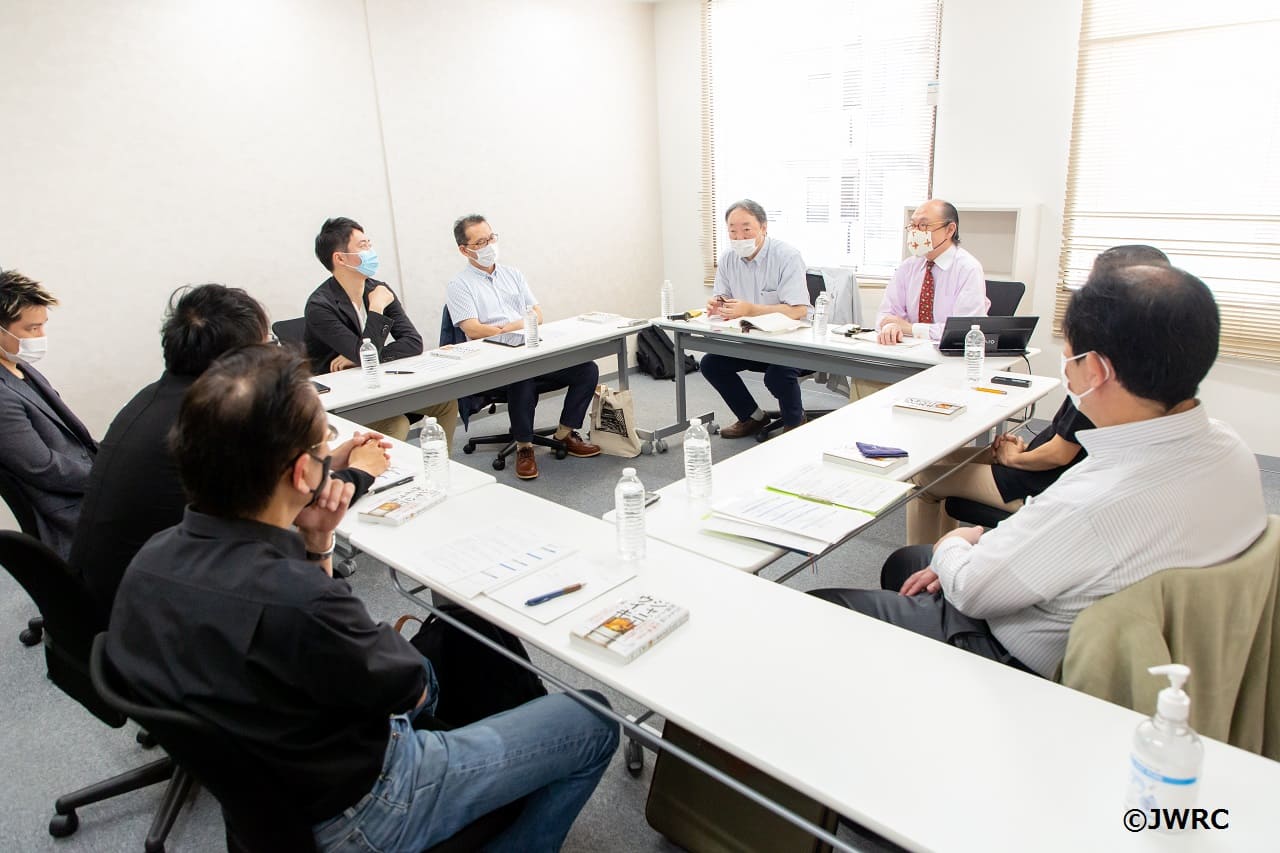 Even during COVID-19, the popularity of Japanese whisky is unstoppable. Looking over export statistics from January to July, the yen value of domestic whisky has taken the #1 position, exceeding the value of sake. It’s growth of 17.1% YoY. However, at liquor stores and grocery stores outside of Japan, “Japanese whisky” that you’ve never seen […] 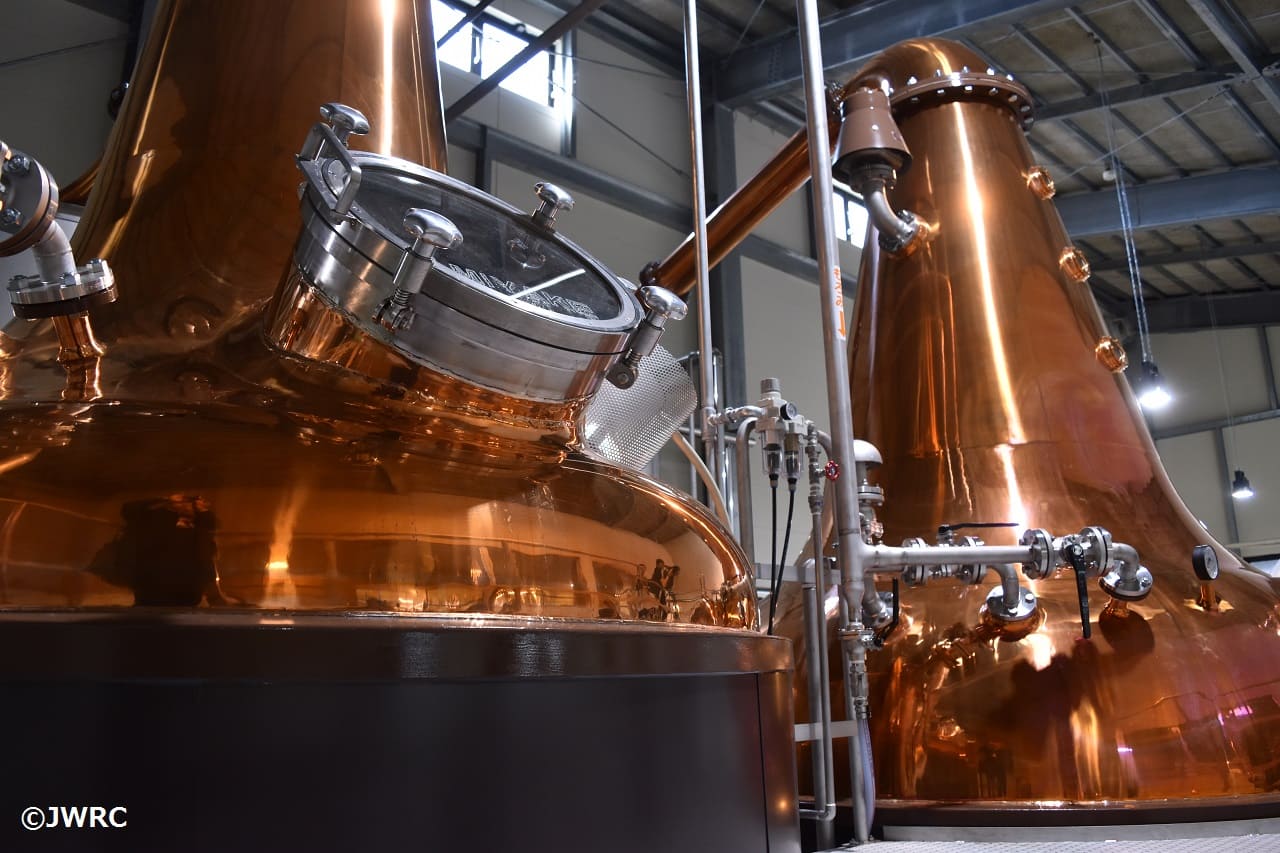 The Minamisatsuma style liquor coming out of the Mars Tsunuki Distillery in Hombo Shuzo’s hometown is of a very different character from that of the Shinshu Distillery, which is located in the foothills of the Minami Alps. An aging cellar has also been built on the UNESCO World Heritage island of Yakushima. Let’s take a […] 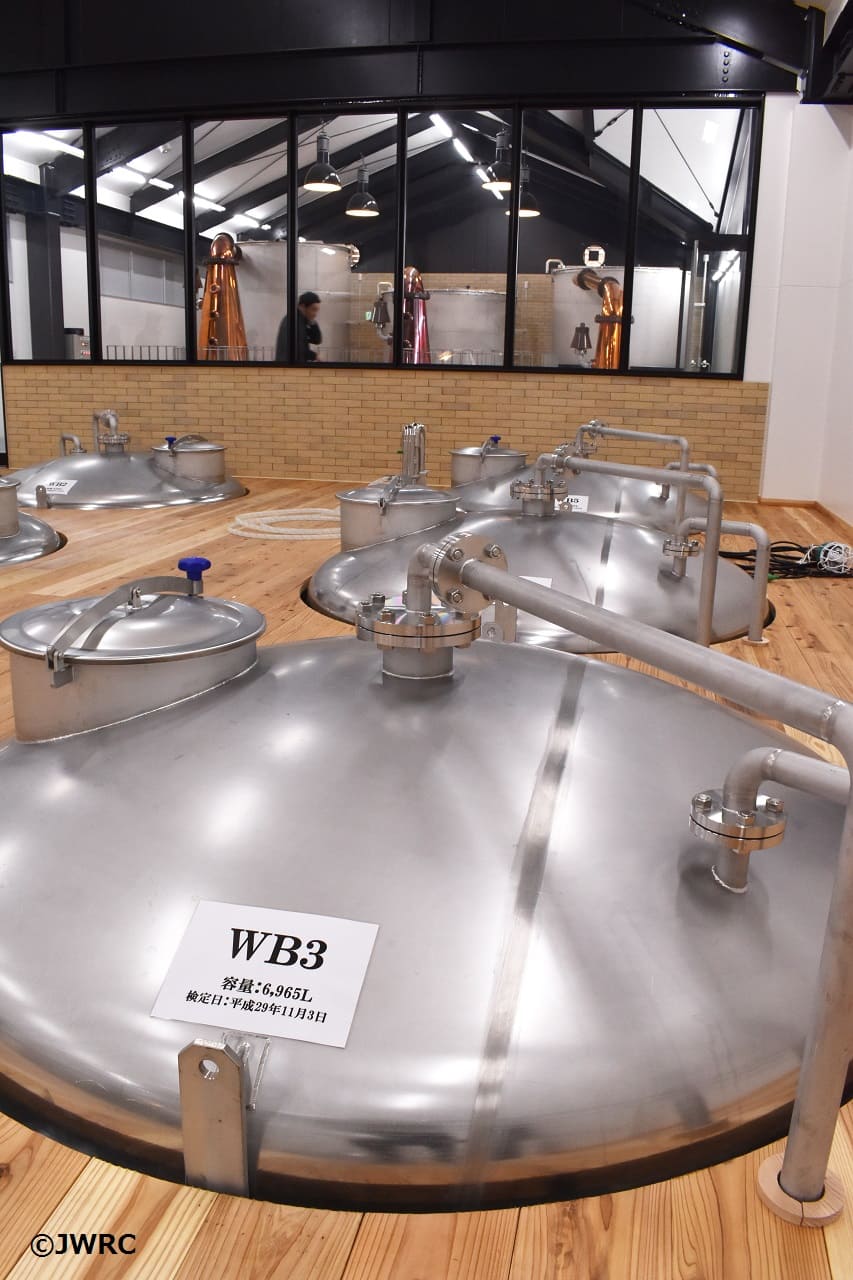 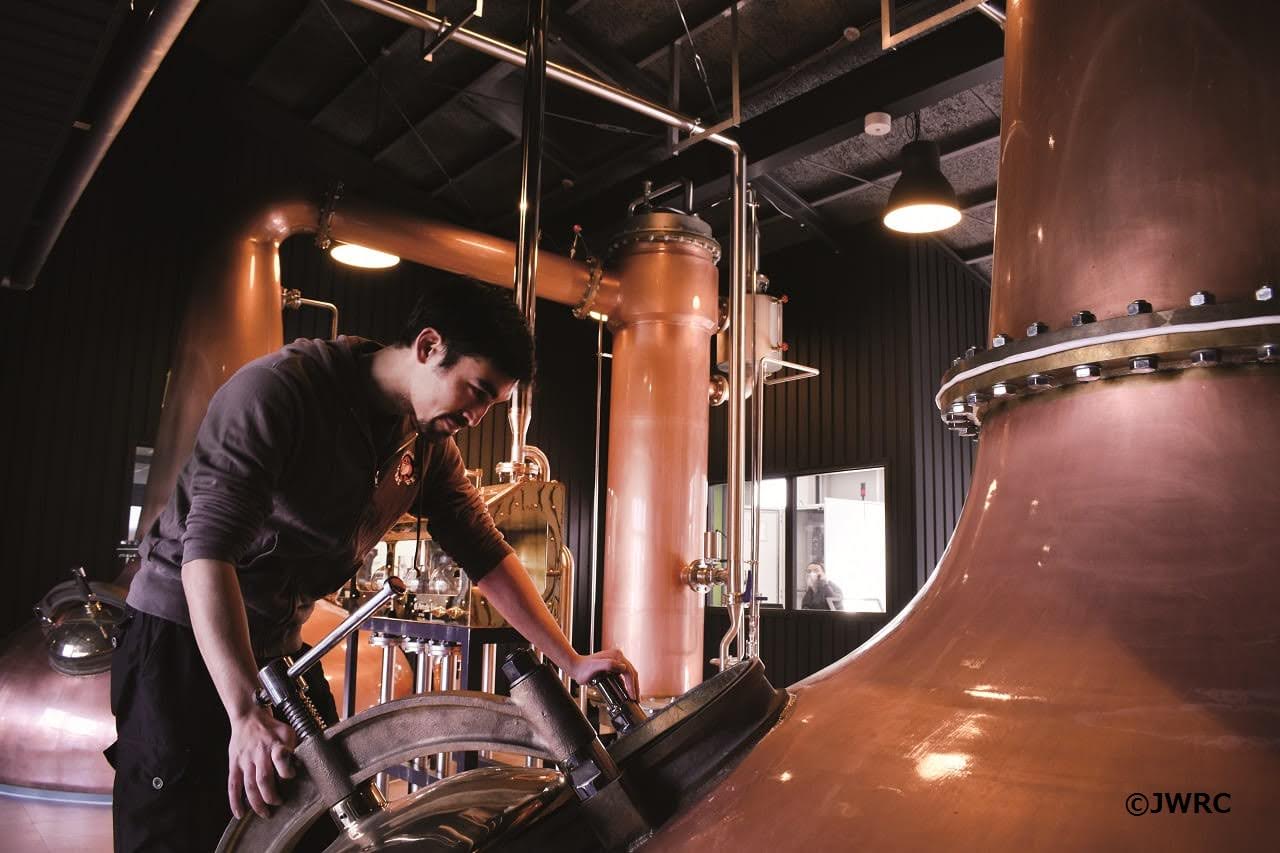 Following the Nukada Distillery in Ibaraki prefecture, Kiuchi Shuzo has opened a second distillery at the base of Mt. Tsukuba. I visited this distillery, located inside of a remodeled community center, in early February. They were busy preparing for their first distillation run. Text/Photos: Mamoru Tsuchiya Translation: Whiskey Richard This article originally appeared in Japanese […] 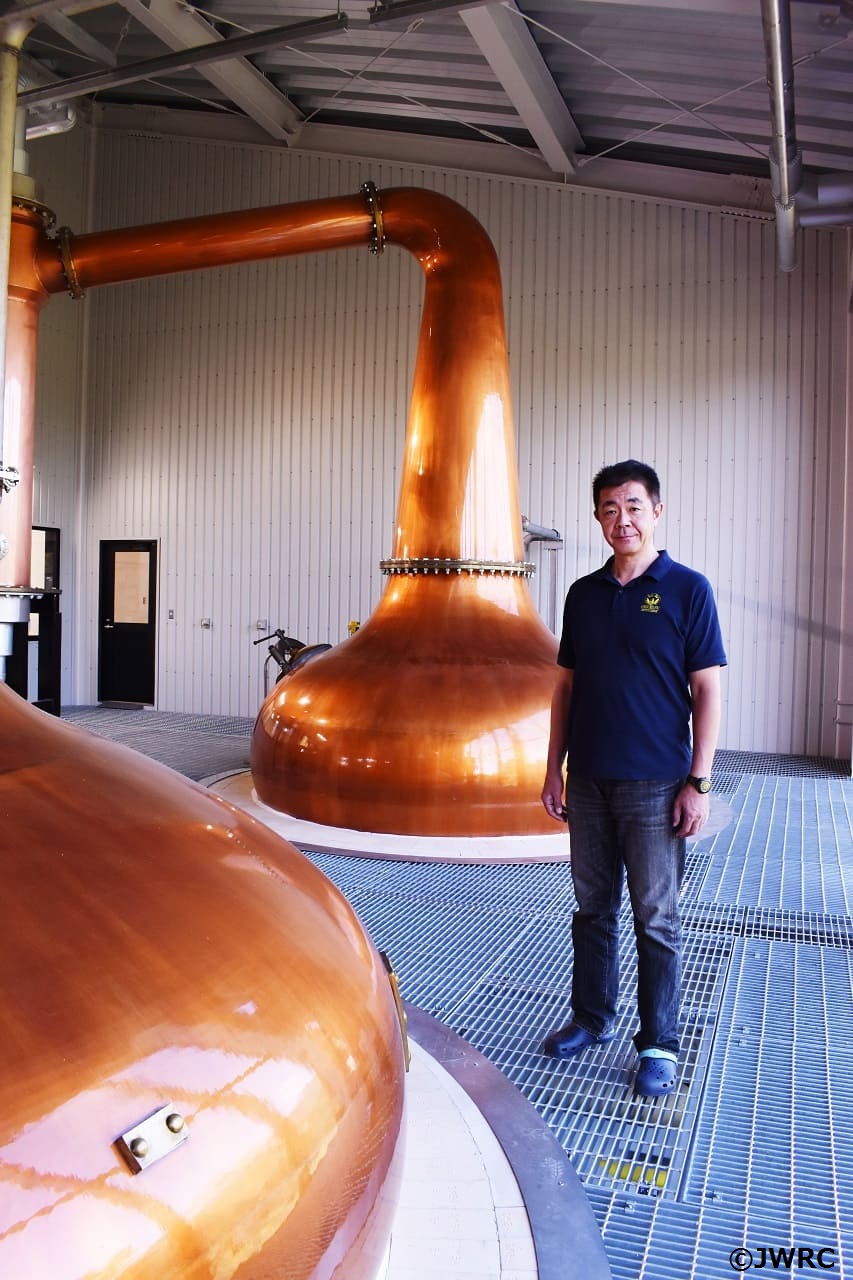 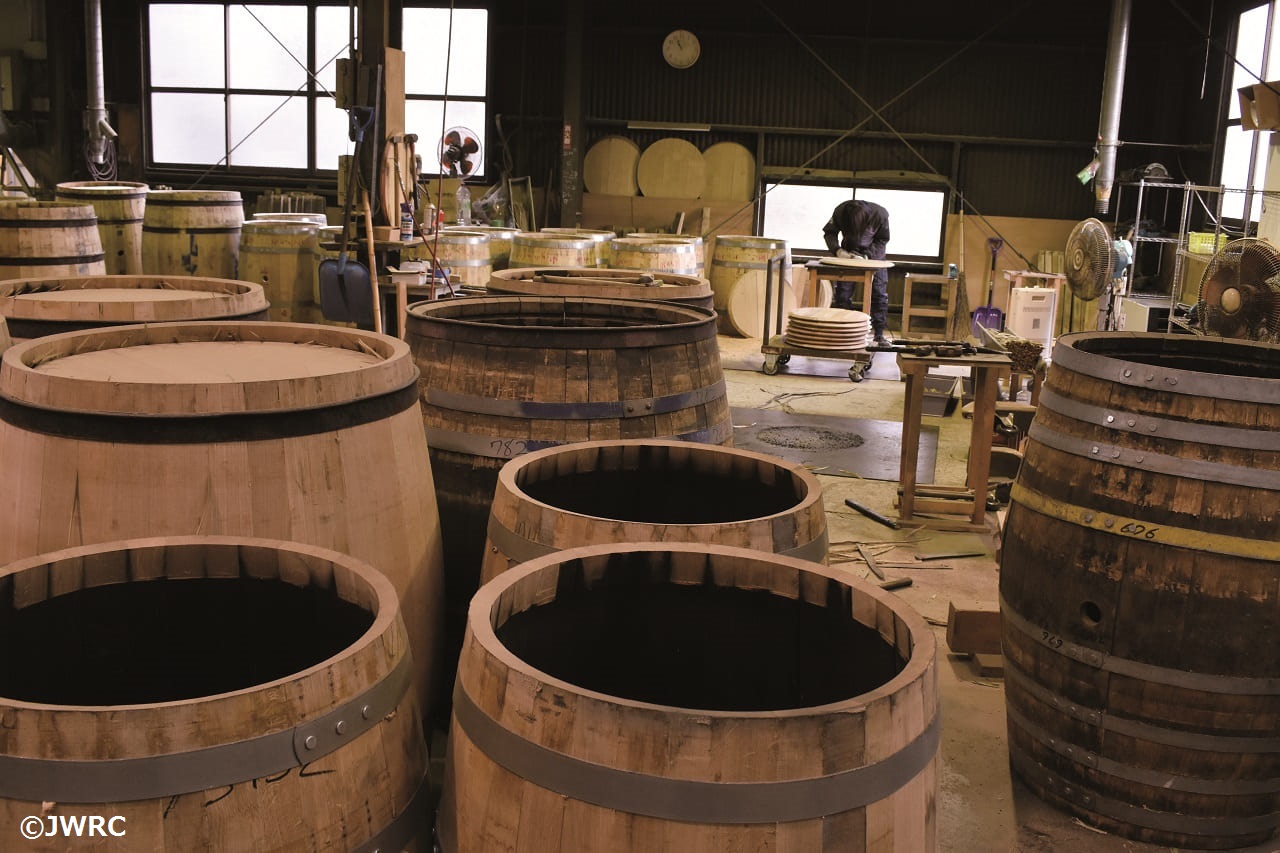 There’s a cooperage that the entire world is watching. Ariake Sangyo is located in Miyazaki prefecture’s Tsuno. The reason? Mizunara casks. With orders coming in from all over the world, they can’t keep up. We visited their cooperate in Tsuno. Text/Photos: Mamoru Tsuchiya Translation: Whiskey Richard This article originally appeared in Japanese in Whisky Galore […] 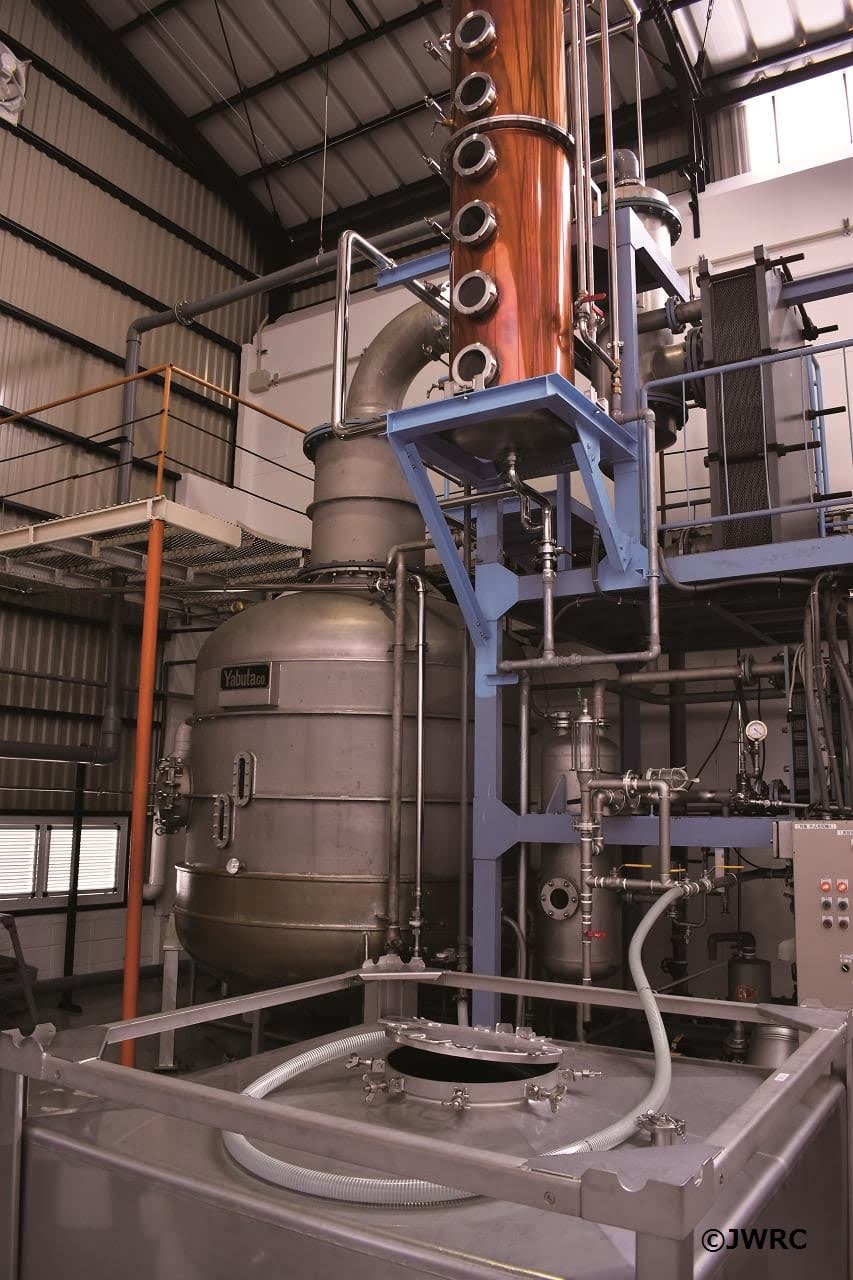 The Sakurao Distillery, in Hatsukaichi, Hiroshima–nearby the World Heritage island of Miyajima–has taken on a new challenge. This report is the result of my latest visit, in March 2020. Text/Photos: Mamoru Tsuchiya Translation: Whiskey Richard This article originally appeared in Japanese in Whisky Galore Vol.21 / August 2020. Title image: The original shochu still has […] 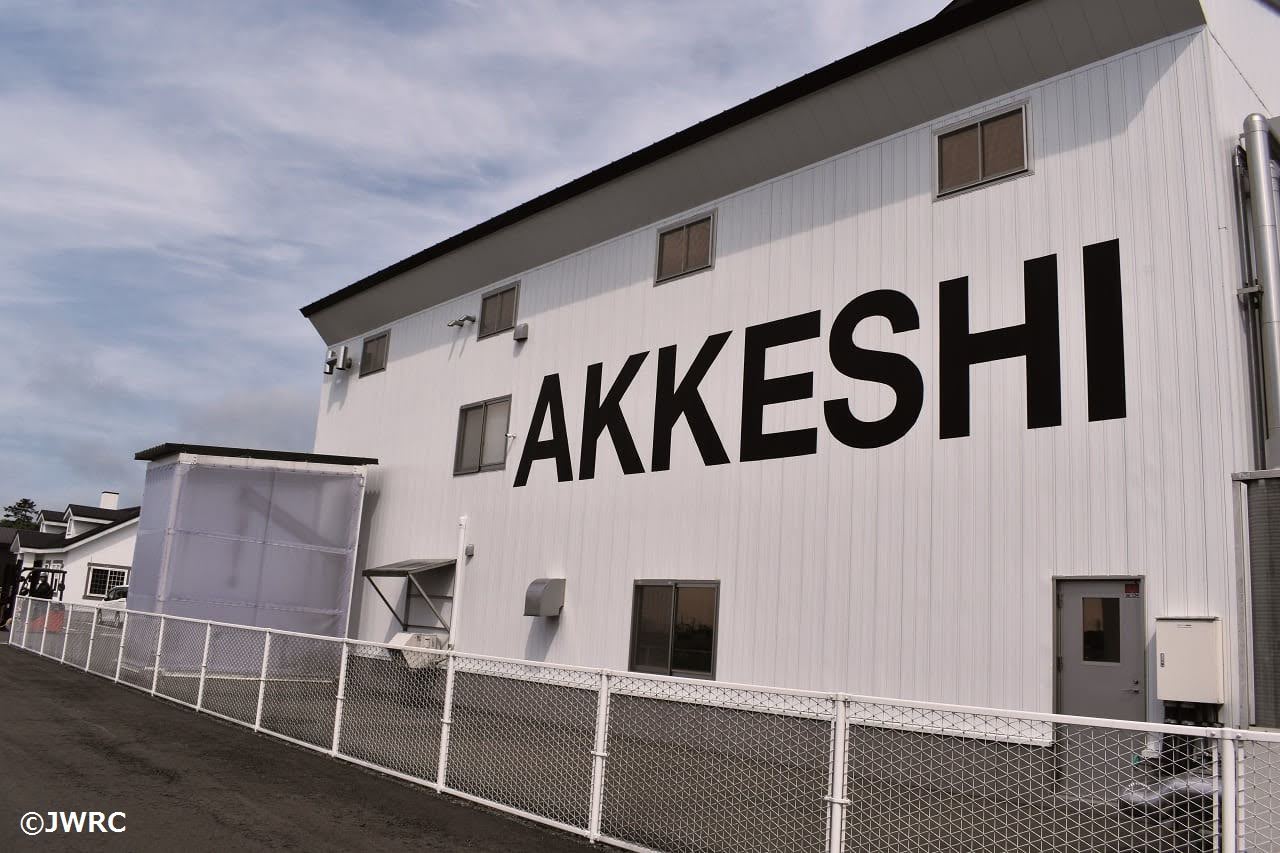 Akkeshi Distillery Malt, peat, and barrel wood. The Birth of “Akkeshi All-Star,” entirely made-in-Akkeshi In early July, I visited Hokkaido’s Akkeshi for the first time in two and a half years. My goal was to see the new bottling plant, a Mizunara oak virgin forest, and the fields of Akkeshi “Ryofu” two-row barley. The first […] 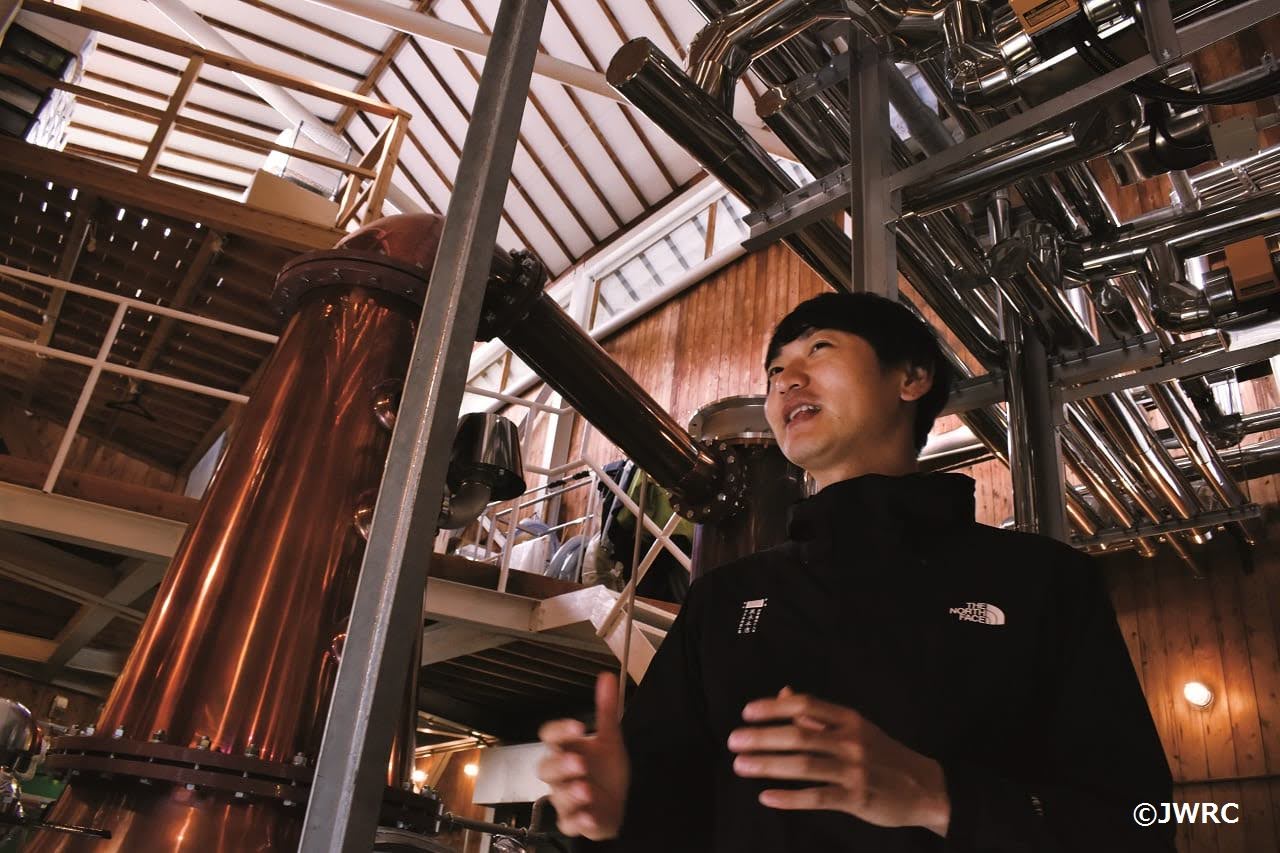 It’s more than two hours away from Miyazaki Airport by car and train. Deep in the foothills of Mt. Osuzu is Kuroki Honten’s shochu distillery, where the company began making whisky on November 1, 2019. November 1st is “Shochu Day.” What kind of whisky is being made right alongside shochus like “Yamasemi” and “Yamaneko.” For […]