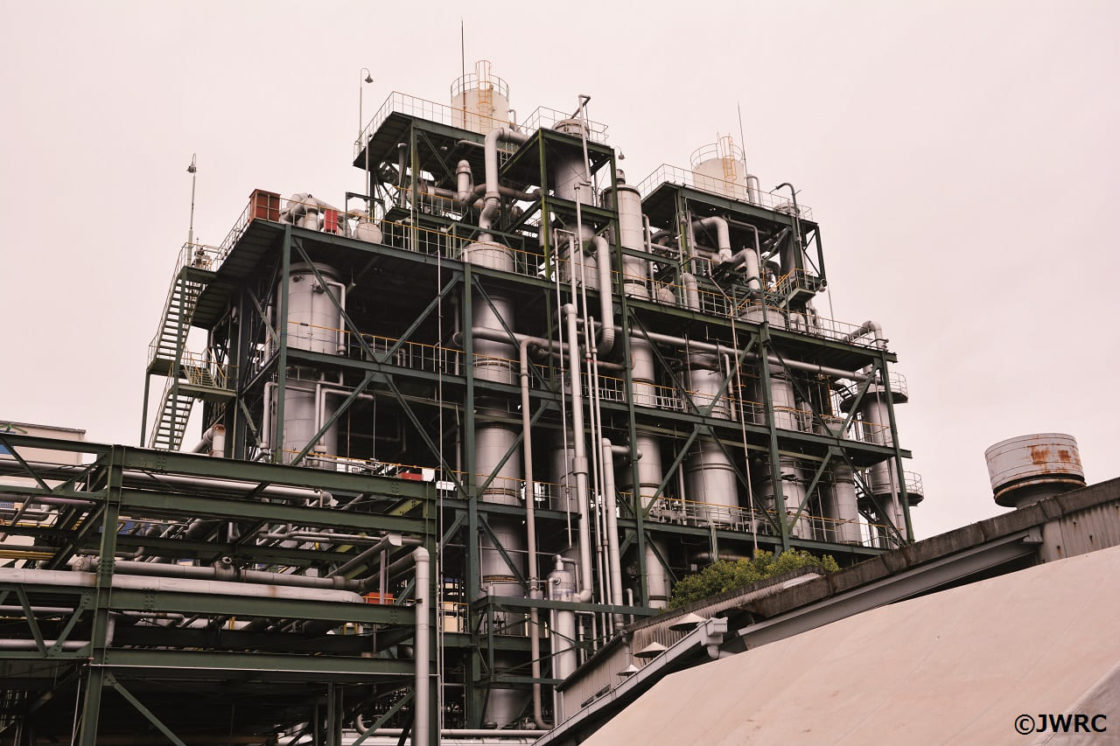 This famous supporting actor has now become the star of the show with the release of “Chita” Single Grain Whisky. Situated on the Chita Peninsula overlooking the Ise Bay, this distillery makes the grain whisky required for Suntory’s blended whiskies.

Chita is now one of Suntory’s regular brands of whisky. Released in 2015, it’s not a single malt, but single grain. It’s made at the Suntory Chita Distillery.

The distillery is located on the Chita Peninsula in western Aichi prefecture. It’s one of many factories in an industrial area, located next to major food and animal feed makers, as well as silos owned by Japan Agricultural Cooperatives’ Zen-Noh.

Construction began in 1972, when domestic demand for whisky was growing in Japan, and it began full operation the following year, in 1973. Since then the distillery has continued making the high quality grain whisky makes Suntory’s blended whisky brands like Old, Kakubin, and Hibiki possible.

Tankers loaded with the primary raw ingredient, corn, enter the port of Ise Bay, right in front of the distillery. The location is ideal for Suntory’s grain operation, given it’s about halfway between both the Hakushu Distillery (in Yamanashi) and the Ohmi Aging Cellar (Saga), Suntory’s primary aging facility. The giant continuous still, at a height of 30 meters, looks like a building and is fully utilized.

Continuous stills allow for constant 24-hour distillation over a months-long length of time, but the spirit is strictly checked for quality on a daily basis. The distilled new make is mainly matured in white oak casks, but there a variety of casks like Spanish oak and wine casks are also used.

Suntory continues to grow its single grain fanbase thanks to pushing Chita as part of the “Windy Aroma Highball,” but of course it also continues to support Suntory’s famous blended whiskies. Chita continues to take on the role as a famous supporting actor in Suntory’s whisky. 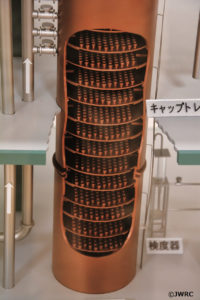 A model of the continuous still. This shows the inside of the rectification column, which has dozens of rectifying plates called cap trays. 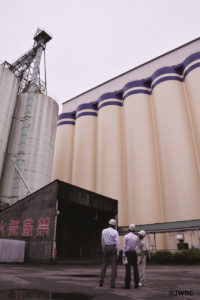 These giant silos, property of JA, line up next to the distillery. Each can store 1000 tons of corn. 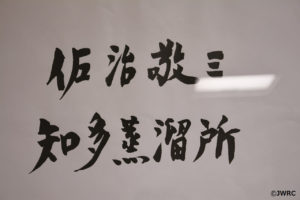 The "Chita" characters featured on the distillery's sign were written by second-generation company president Keizo Saji.