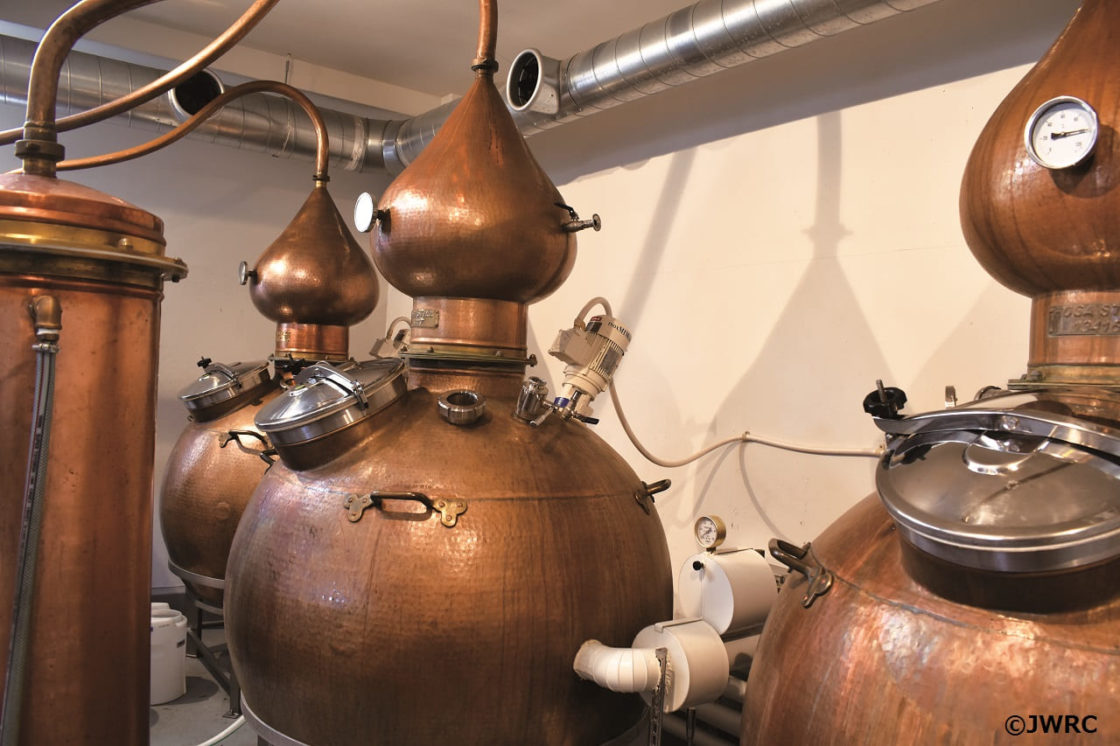 Situated on a levee of Lake Biwa is Nagahama, an inn town previously built up as part of the water transport in the area. The Nagahama Distillery was established in this town steeped in history. With their first single malts released just last year, what makes their “one batch, one cask” whisky unique?

Header image: The gourd-shaped Alembic stills. Depressions on the surface increase the contact area of the copper, reportedly giving a richer and cleaner flavor.

With their motto of “one batch, one cask,” the Nagahama Distillery focuses on small-scale production of single casks. Nagahama Roman Beer, established in 1996, decided to establish a craft distillery in celebration of their 20th anniversary. The company added pot stills from Portugal’s Hoga to their beer brewpub, and began making whisky in November 2016.

Beginning with two stills, in 2018 the operation added a third, meaning they now have two wash stills and one spirit still. One batch begins with 400kg of malt, and from mashing to fermentation, the processes are shared with beer. They use both non-peated beer malt from Germany and peated malt from Scotland. Last year they also ran experimental batches with Six-row barley grown in Shiga prefecture, and this year they plan on trying out two-row barley grown in Nagahama itself.

The “Amahagan” series, released prior to their single malts, has also been popular. It’s World Blended Malt whisky, where imported malt forms the base, which is then blended with Nagahama’s malt. There’s plenty of variety in casks in this lineup too, like red wine, Mizunara, and sakura cask finishes. The company says that while they haven’t been able to participate in events due to COVID-19, recent hires of young staff has allowed them to focus more on production. Japan’s smallest distillery should offer some unique products to enjoy this year too. 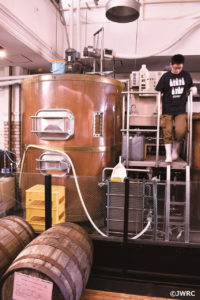 The mash tun is shared with the beer operation 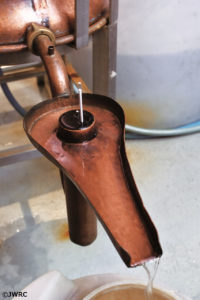 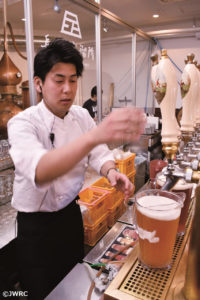 The fresh brewed beer at the restaurant is great. The company contributes to local food, offering their draff as fertilizer for local farmers vegetable crops 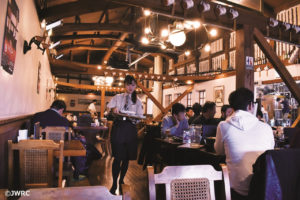 You can see the stills from the entrance to the restaurant 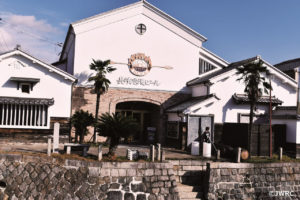 The facade offers historical charm, as the building is a restored rice warehouse from the Edo period