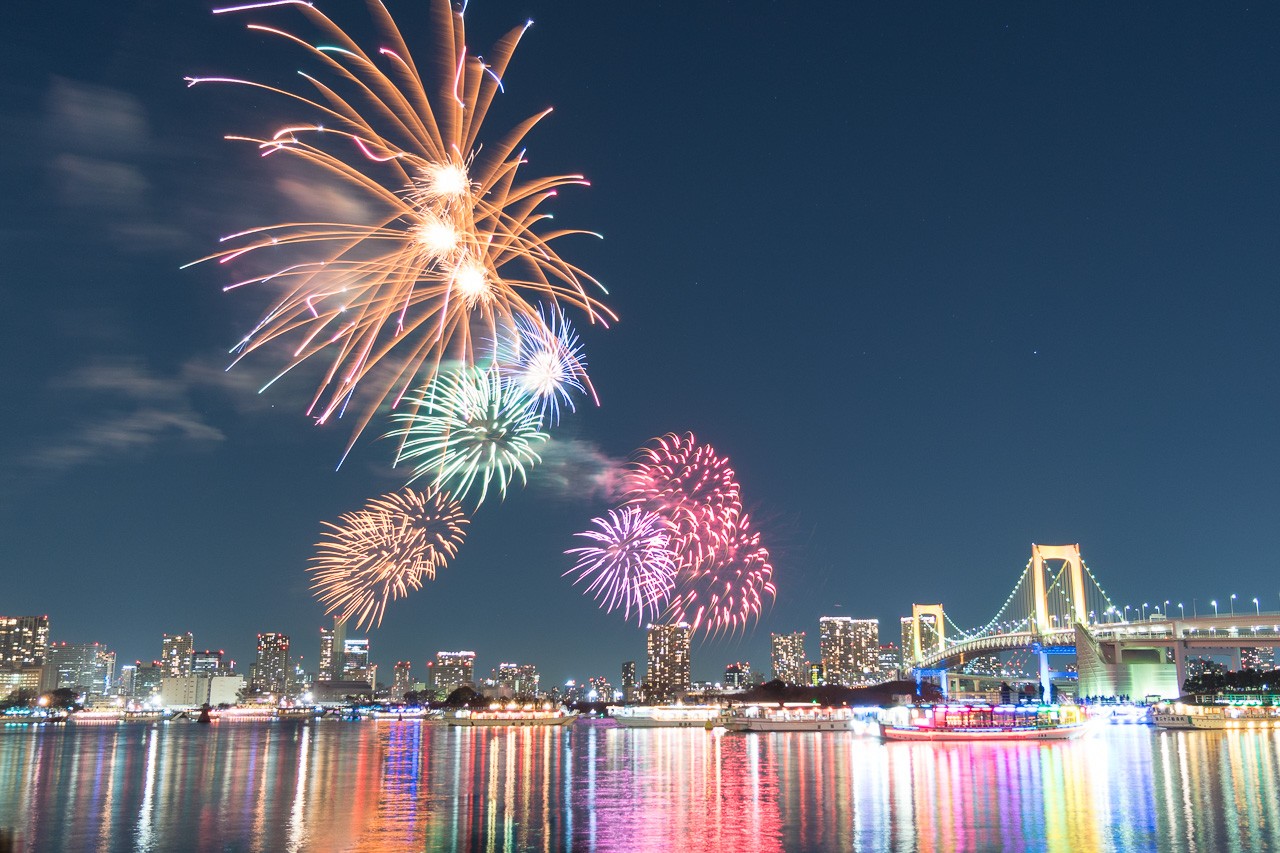 Japan has comparatively relaxed laws when it comes to drinking and alcohol. In this article we delve into Japan’s laws about buying booze, drinking it (in public), and what happens afterwards. Note that I am addressing the letter of the law here — what’s socially or culturally acceptable will depend on the context. But I’ll give you some hints there anyway.

Let’s look at a few different facets of this. For any given country there are probably laws governing the manufacturing of alcohol, the distribution of alcohol, and finally the consumption of alcohol (or at least the results of the consumption). Since it’s unlikely you have come to Japan to make alcohol, we’ll cover only the latter two in this guide.

Disclaimer: This article is for informational purposes only. I Am Not A Lawyer and I can’t guarantee everything in here is current or completely accurate. It’s your obligation to familiarize yourself with the laws of wherever you may be in the world, and that includes Tokyo and Japan. Please drink responsibly! Tokyo is one of the safest cities in the world by any measure, but always be reasonable.

You’ve probably heard that Japan has comparatively lax laws when it comes to drinking compared to most countries. Well, you heard right. Let’s look at a few of the more common places where laws exist in other countries throughout the world.

So you’ve had a big night out and maybe your speech is getting slurred. You’re staying somewhere near Shibuya. Or was it Omotesando? In your stupor you’ve decided to try and hoof it back. Of course you get lost… so you start to get concerned that maybe you’ll get stopped? Well don’t. Japan has no laws against public intoxication. If you go out until the wee hours you’ll probably see people asleep in some really questionable locations on the street, likely waiting for their first train the morning after. You may even see a group of police huddled around a particularly drunk person. But even he isn’t getting a citation — the police are just there to help.

That said! Disorderly conduct is of course illegal in Japan. Police have flexibility here and if you are somehow “disrupting the public order” you’ll find them more proactive. Just some examples of things that might put you over that line:  yelling/shouting, playing loud music, or accosting bystanders (regardless of gender or purpose). Noise complaints are especially likely in residential areas.
Obviously things like public urination, nudity, trespassing, and vandalism are just as illegal in Japan as they are in your own country. And just as stupid, and not things that responsible adults do.

It’s not just legal to be drunk in public, it’s also perfectly legal to get drunk in public. Want to get some drinks to have with your bento in the park? This is legal and socially acceptable, so go for it. With parks in particular this has been ingrained in Japanese culture thanks in large part to hanami, or cherry blossom viewing in the spring.

Taking this to the extreme though and you might find people to be less accepting. If for example you choose to be that guy who walks through streets of Tsukiji at 6AM with a chuhai.

NOTE: While there are no laws against drinking in public spaces, this is only applicable to public/outdoor spaces. Don’t expect to be able to just walk around Uniqlo while drinking: that’s private property and they’re free to make whatever rules they like. You’ll probably see signs that say 飲食禁止 (no eating or drinking) or 飲酒禁止 (no alcoholic beverages).

You’ll likely see plenty of Japanese people crack open beers as soon as they sit down on the shinkansen, regardless of the hour of the day. This kind of drinking isn’t just socially acceptable, it’s outright encouraged: the shinkansen attendants are glad to sell you drinks and snacks on the spot out of their cart.

These same laws (or the lack thereof) extend to local public transportation as well, including all trains, subways, and buses. However the shorter the trip, the less socially acceptable it is to drink. And considering how crowded some of Tokyo’s local trains can get, this could end horribly for all involved. Save your drinking for your longer train journeys.

As an American this one was admittedly pretty shocking for me. Drinking and driving is certainly illegal but this only applies to the driver of the vehicle. All passengers, including the person riding shotgun, are free to consume alcoholic beverages. This is applicable to all private vehicles… even motorcycles. So even if you’re on a bus tour, riding in a taxi, or your friend is just driving you somewhere, feel free to drink up if you must and you aren’t driving later.

Not only is this illegal, the legal limit for drinking and driving is effectively zero. Don’t even try, simple as that.

Note that it’s also now illegal to drink and drive a bicycle while intoxicated too. Police in Tokyo frequently patrol on bicycles themselves so you are very likely to run across a few and get busted if you decide to tempt fate. The penalties are stiff.

-Royal family property: As strange as it sounds, some parks in Tokyo don’t allow consumption of alcoholic beverages on premises. Shinjuku Gyoen, Hama-rikyu, and Meiji Jingu Gyoen are the three that come to mind. Generally these parks are easy to distinguish since they’re charging admission and/or they are in the “Japanese garden” style and won’t even allow you to sit on the grass.

-Tokyo Disneyland/DisneySea:  As of this writing, Tokyo Disney Resort allows one PET bottle per person to be carried into the park. This is so they can avoid people being upset that they’ve been forced to pay 700 yen for bottled water to avoid dehydration. Bringing in alcoholic beverages is not allowed. That said, most whiskey is nearly the same color as barley tea, and the security checkpoint doesn’t actually make sure the contents of the bottle match the label. Just saying! Alcoholic beverages are also served at DisneySea.

These laws concern the sale of alcohol to consumers. Laws here are once again split into two categories: 1) laws concerning restaurants/bars that serve alcohol, and 2) laws concerning grocery stores or convenience stores that vend alcohol.

When it comes to serving alcohol to customers in restaurants and bars in Japan, liquor licenses do not exist. In many jurisdictions in the USA there are a finite number of liquor licenses issued, meaning just to setup a bar, you could be faced with the prospect of purchasing an existing license, which can often run into the tens of thousands of dollars. This is absolutely not the case in Japan. Because liquor licenses are not required, essentially any restaurant or bar is free to serve alcohol. As a result you’ll find alcohol available in places you may not back home. Burger King, for example, serves beer in Japan.

That said, all restaurants and bars in Japan are required to register at least one 食品衛生管理者, or “Food Hygiene Manager,” which involves a day-long course and 10000 yen fee. This Food Hygiene Manager registration is required whether or not the restaurant will serve alcohol though. Likewise, restaurants and bars are required to submit requests to operate to the local health department but this concerns the physical layout of the kitchen and customer space, rather than whether or not it’s acceptable to serve alcohol.

An additional law worth noting here is the 深夜酒類提供飲食店営業 (“Late Night Bar Operation Law”), where registration is required with the National Police Agency to serve alcohol past 12AM. This law makes it possible to serve alcohol to customers from 12AM until sunrise, however there are requirements that also must be fulfilled in terms of lighting, audio equipment, and noise protection. This same law also strictly prohibits activities that may be deemed as “servicing customers,” which means any kind of physical contact, singing karaoke together, sitting together, or even simply talking to just one customer for too long. So owners need to decide if they will just be a regular bar that’s able to stay open late, or one of the other types of establishments that’s more about keeping your customers entertained with the company of the opposite sex.

Any store that wants to vend alcohol — i.e. sell you a closed container that’s presumably going to be consumed off-premises — must obtain a license. This is known as 一般酒類小売業免許 (“General Liquor Retail License”). Unlike the registrations required for bars and restaurants, this license also requires owners/companies prove the financial health of their shops. Any convenience store or corner grocery store in Japan that wants to stay legal must obtain this license. That’s why some convenience stores don’t sell alcohol for the first week or so immediately after opening: their liquor retail license is still processing!

There are also similar licenses required depending where on the supply chain a given company sits, so this could be a general sales license, import license, export license, etc.

So there you have it! As you can see, Japan doesn’t have many laws concerning either the consumption or sale of alcohol. Let me know if you have any questions!