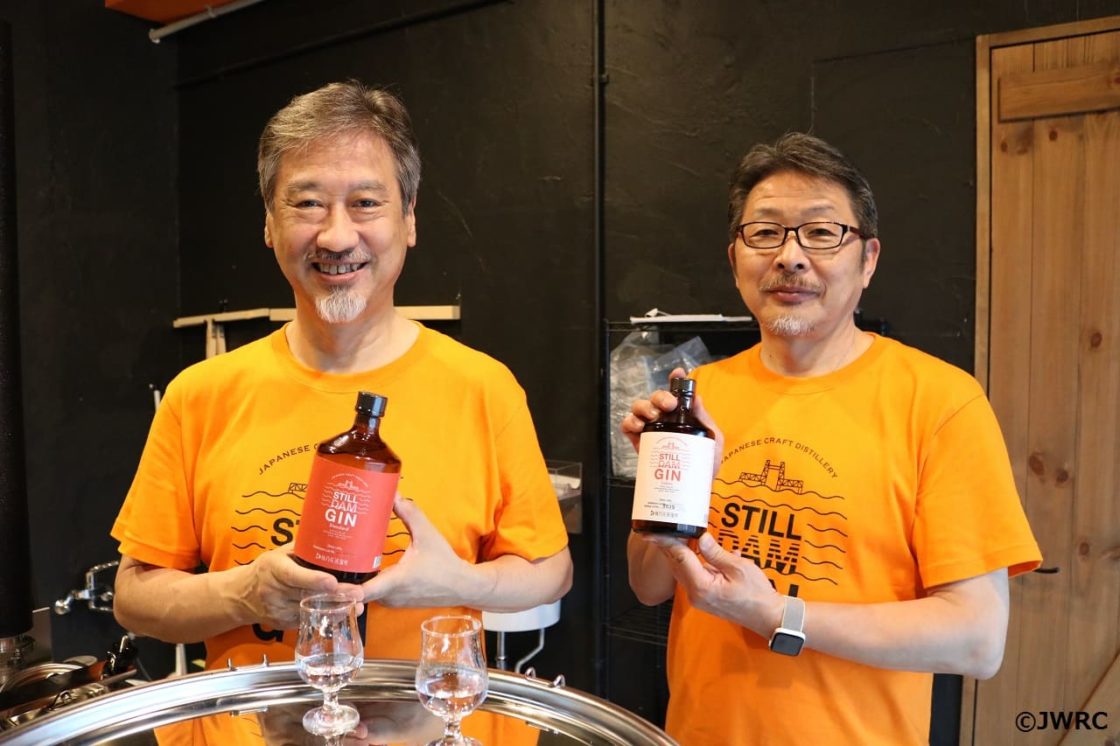 Saga prefecture’s first craft gin distillery is the Kusunohana Distillery, launched in May 2019. Distillation began in April 2020 using an iStill from the Netherlands. In July 2020, their first gin was released. Let’s have a look at their original gin focusing on botanicals from Saga. Bar Leichhardt’s Yu Sumiyoshi visits.

The Kusunohana Distillery is Saga prefecture’s first craft gin distillery. Shinji Wada, company president and master distiller, established the company in May 2019 and began distillation in April 2020. It’s located in Morodomi of Saga city, about 20 minutes away from JR Saga station by car. The distillery’s name comes from the camphor flowers found on-site.

Mr. Wada spent 35 years working at a sake maker in Saga, and after retirement, he wanted to create a craft gin focusing on local botanicals. But just a desire to create something isn’t enough. He confided in Hideyuki Yamazaki, a local bartender: “I can’t make something on my own.” As bartender, Yamazaki-san felt an affinity to those working at makers, and at some point in the conversations, he decided to get involved. Before he knew it, he became executive brand director.

The Kusunohana Distillery has one of the latest stills on the market: an iStill, made in the Netherlands. It’s named “Denryumaru,” taking after the name of a Dutch steamer that was imported to the Saga Domain by the Tokugawa shogunate. At only 100L it’s quite small, but the pair decided to import it to Japan as it’s electronic and allows for easy creation of a variety of gins.

The base spirit is a junmai shochu made from junmai sake from Saga. 14 botanicals, including 7 from Saga, are steeped in the base spirit for 30 hours, then distilled over 8 hours. In terms of a category, this makes it a distilled gin.

Affixed to the neck of the still is a Raschig ring, a small coil that supports reflux. The volume of the hearts and distillate strength are company secrets, but the gin is bottled at 45% abv using natural spring water from Karatsu city’s Nanayama. From one batch, the yield is 70 to 80 bottles at 700ml. One advantage of the iStill is that heads, hearts, and tail cuts can be made at specific temperatures. Finalize your recipe, make your settings, and you can focus on bottling, labeling, or anything else during the distillation run.

In July 2020, Stilldam Gin “Standard” and “Lisbon” were released in Japan. Standard features a higher proportion of juniper berries, giving it a more gin-like profile. It works well with soda or tonic. Lisbon however uses “Lisbon” organic lemons from Saga prefecture’s Kashima city as its key botanical, giving it a significantly different profile from any other gin beginning with the first sip. The two gins are noticeably different and the Kusunohana Distillery’s goal is to highlight such differences. It’s something that Yamazaki-san aimed for as a bartender: “we wanted it to be a gin more enjoyable in a cocktail, even moreso than drinking it straight.”

Stilldam’s “still” of course refers to the still itself, but still of course also means “not moving or making a sound.” Like a dam, have confidence in what you distill. That’s part of the reason for the name.

And the company also respects their connection to cities like Amsterdam and Rotterdam. From the end of the Tokugawa shogunate and the Meiji Restoration, Saga has been strongly linked to the Netherlands. That rivalry between tradition and revolution defined modern Japan, and after about 150 years since the Meiji Restoration, it lives on in the exchange between maker and the bartender. A second revolution is underway at the Kusunohana Distillery through its gin. Where is it headed in the future? 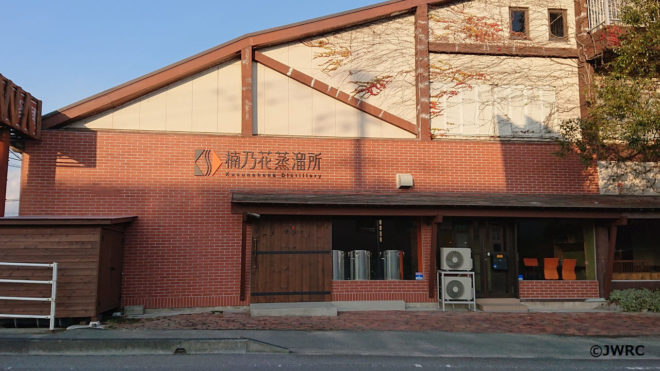 The tiled bricks of the distillery are eye-catching. 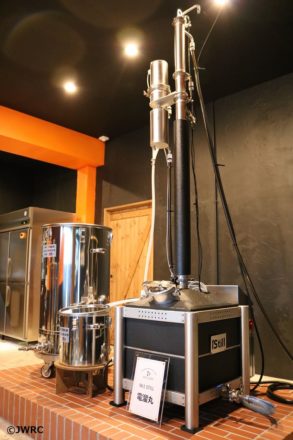 The iStill from the Netherlands 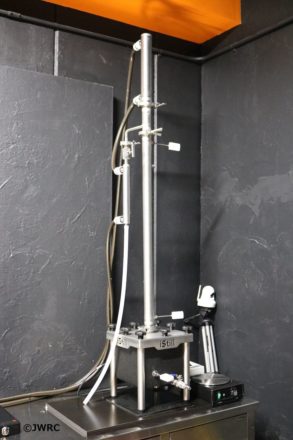 The distillery's lab still is the same type as the iStill. Distillation data can be sent via Bluetooth.