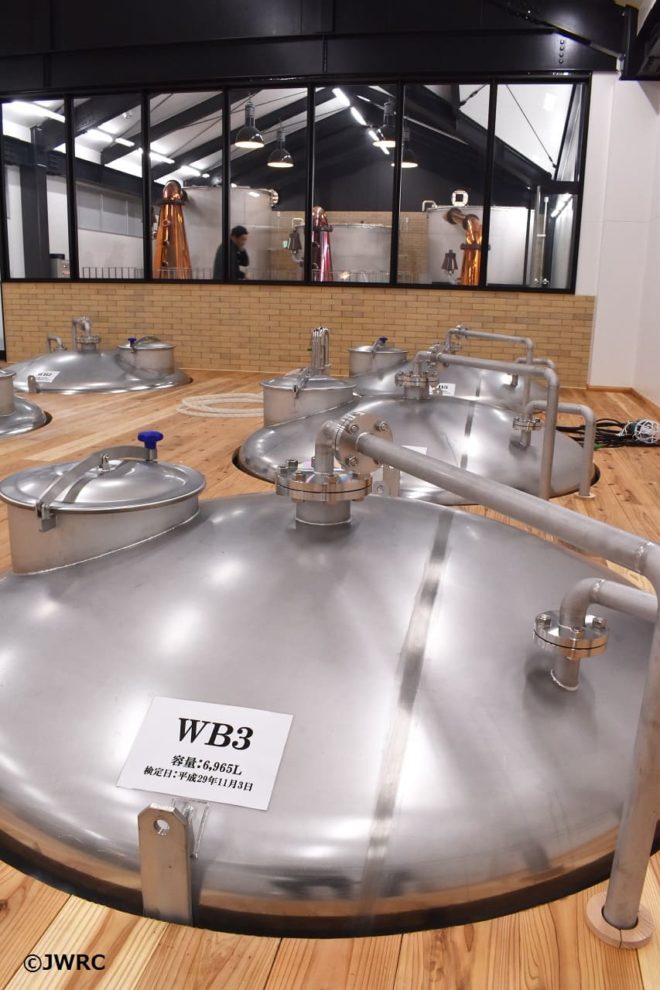 3 stills for plenty of variety in the distillate

In November 2017, Komasa Jyozo’s Kanosuke Distillery opened at Fukiage-Hama, in Hioki City, Kagoshima prefecture. Fukiage-Hama is one of Japan’s Three Great Sand Beaches, a white sand beach stretching 47km north to south, created by ancient pyroclastic flows. The sunsets are especially beautiful over the East China Sea, immediately adjacent to the distillery. In fact, the name “Hioki” is said to come from the Japanese words for sun (hi) and put down (oku).

Kanosuke is the distillery’s rare namesake, coming from the grandfather of current president Yoshitsugu Komasa: Kanosuke Komasa. The senior Komasa, second-generation head of the company, is accredited with establishing the methodology behind aging Mellowed Kozuru, a rice shochu, entirely in oak casks. Mellowed Kozuru is the product the company is known for today. “There simply isn’t a more appropriate name for this new distillery, which will be making whisky,” says Yoshitsugu Komasa, explaining the choice of name.

That distillery is situated right next to three warehouses built by Kanosuke-san, dedicated to aging Mellowed Kozuru. They were originally planned to house other facilities, but Kanosuke-san passed away during the process. His grandson Yoshitsugu-san has thus taken the reins of the company and launched the whisky business.

As of this writing, a batch of whisky at Kanosuke begins with one ton of malt. Komasa-san spent time observing at distilleries like Strathearn and Speyside’s Ballindalloch, but it was the latter that provided the most inspiration, he says. The square layout of the beautiful building made of wood and stone indeed closely resembles Ballindalloch. And Ballindalloch also uses one ton of malt for their mash. In Kanosuke’s case, though, all of the distillation equipment was ordered from Miyake Industries.

Kanosuke Distillery’s most apparent specialty is their three pot stills. At 6000L, 3000L, and 1600L, they each have slightly different shapes and angles in their lyne arms. The leftmost and rightmost stills are respectively only used as a wash still and spirit still, but the middle is multi-purpose, being used for both wash and spirit runs. It’s a revolutionary approach. And surprisingly, they all use worm tub condensers.

Apart from malt, fermentation time, and yeast, this ambitious distillery wants to create various distillates by changing up the distillation process itself. 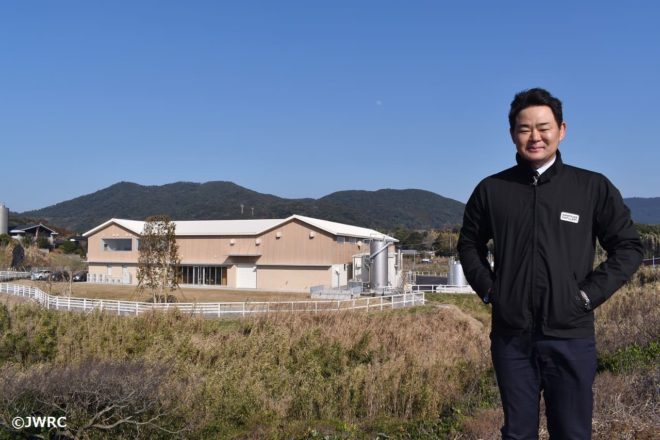 The new distillery takes inspiration from the Ballindalloch Distillery. It's a good match for the climate and atmosphere of Hioki. Fourth generation president Yoshitsugu Komasa is managing the new venture. 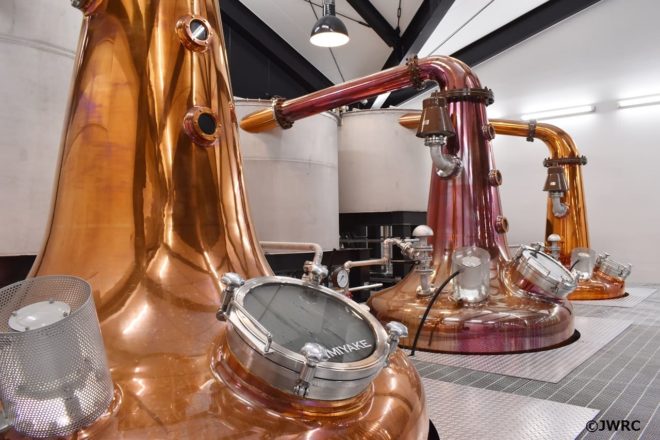 Three pot stills built by Miyake Industries. From forefront to background is the wash still, wash/spirit still, and spirit still. The lyne arms angles of each are different. The spirit still at the back has a lantern shape. Each uses an indoor worm tub for cooling. 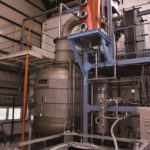 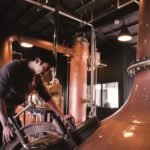 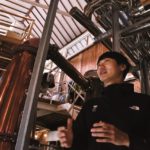