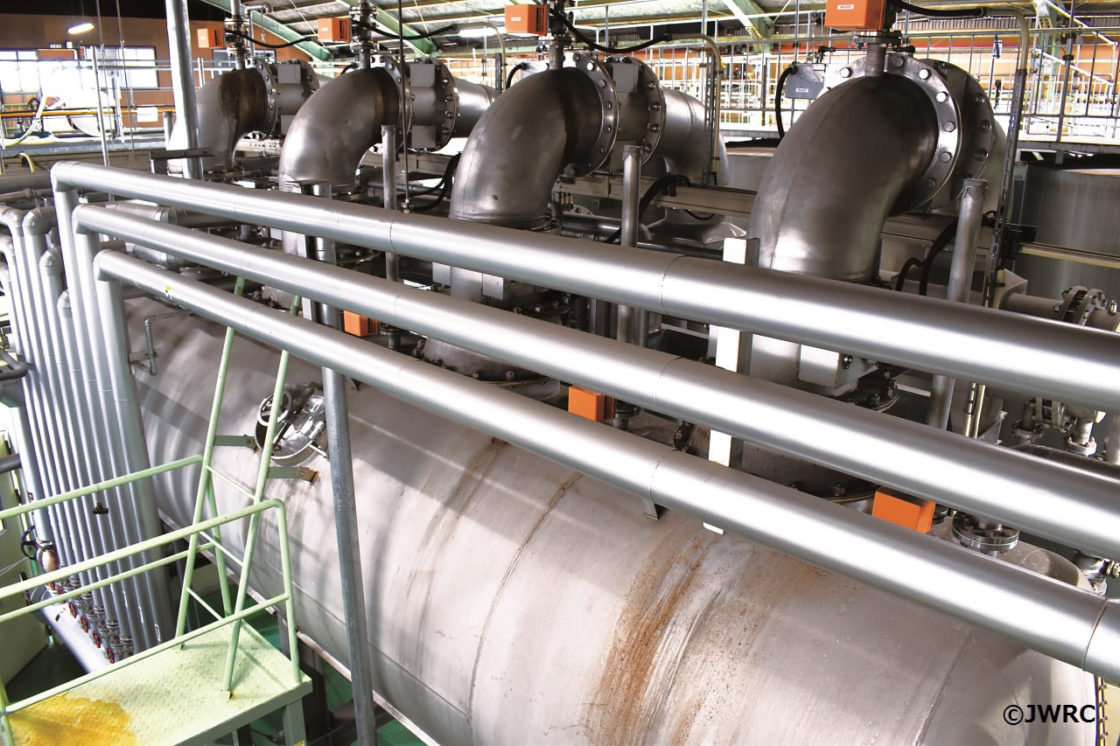 Kanosuke Distillery’s first single malt release is still fresh in mind. The company has turned the possibility of making grain whisky into reality, and an in-house blended whisky is well within their sights. Today, we look at what makes the Hioki Distillery’s grain special, given their use of existing shochu equipment and unique process.

Over four years have passed since the Kanosuke Distillery began production in November 2017. The release of their first single malt is the talk of the town, but behind the scenes, another project is well underway. That’s the production of grain whisky. Fourth-generation president Yoshitsugu Komasa says that he had plans for grain whisky since they began producing malt whisky. That’s because, eventually, they want to make their own blended whisky.

The grain whisky is made at the Hioki Distillery, about a 10-minute drive from the Kanosuke Distillery. The production here follows a unique process. Unlike malt whisky, wort for grain whisky doesn’t require filtration, thus, the malted barley doesn’t require milling into husks/grits/flour. At Hioki, they remove the husks and grind all the malt to flour. That’s added to the initial mash tun, where yeast is added. Ordinarily, one would add yeast in the fermentation tank, but this is apparently the most effective way to do it using the shochu equipment. On the other hand, for the (unmalted) two-row barley, they’re using naked barley with no husk. That’s steeped, steamed, then cooled before being sent to the fermentation tank outside, where it’s mixed with the malt mentioned above, which is now a wort slurry.

When making shochu, koji would be sprinkled on the steamed barley or rice, but whisky doesn’t require that. As a result, the only two new pieces of equipment the distillery required for making grain whisky were a portable milling machine and a hoist crane for moving material. They’re using both malt and unmalted naked barley in the raw materials, so it’s all barley, but category-wise, this is a grain whisky.

Fermentation takes five days, yielding a wash with an abv of about 14%. That’s about double the abv of wash in malt whisky. A more vigorous wash is delivered since multiple parallel fermentation occurs thanks to the naked barley. This certainly produces more alcohol overall, more than malt whisky. The wash is then transferred to stainless steel pot stills also used for making shochu, where it’s distilled twice with vacuum distillation.

Vacuum distillation is standard in shochu, where the lowered boiling point means fewer negative cogeners that have a higher boiling point are distilled. The result is a light and soft distillate. That same theory applies to grain whisky. Assistant Distillation Manager Mr. Biro explained that they don’t use atmospheric distillation because “the specific properties of the raw ingredients shine through, making this like a shochu.”

It’s not commonplace in grain whisky to use stainless steel pot stills for both distillation runs. Still, building on their shochu expertise and trial-and-error, it’s evident that the company is eager to establish this new kind of grain whisky. The breadth of flavor will be multi-layered, like history itself. This is the birth of a new grain whisky, whose future we’re looking forward to. 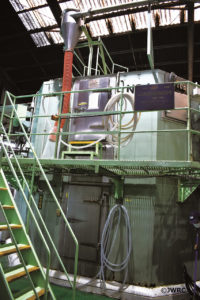 A koji machine used for shochu. It's not used for whisky. 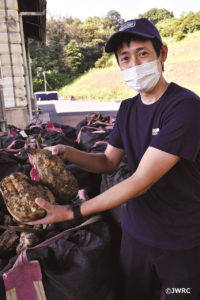 Kogane Sengan, used as an ingredient for potato shochu 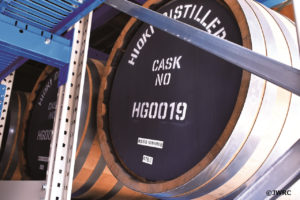 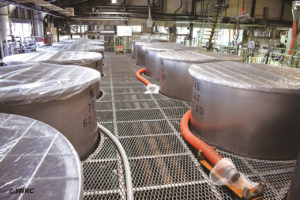 First stage fermentation tanks used for shochu. They are used for potato, rice, and barley, but they're also used for saccharification and fermentation of grain whisky. Milled malt and hot water, then yeast is mixed in. That's moved to a second fermentation stage where it's mixed with naked barley.