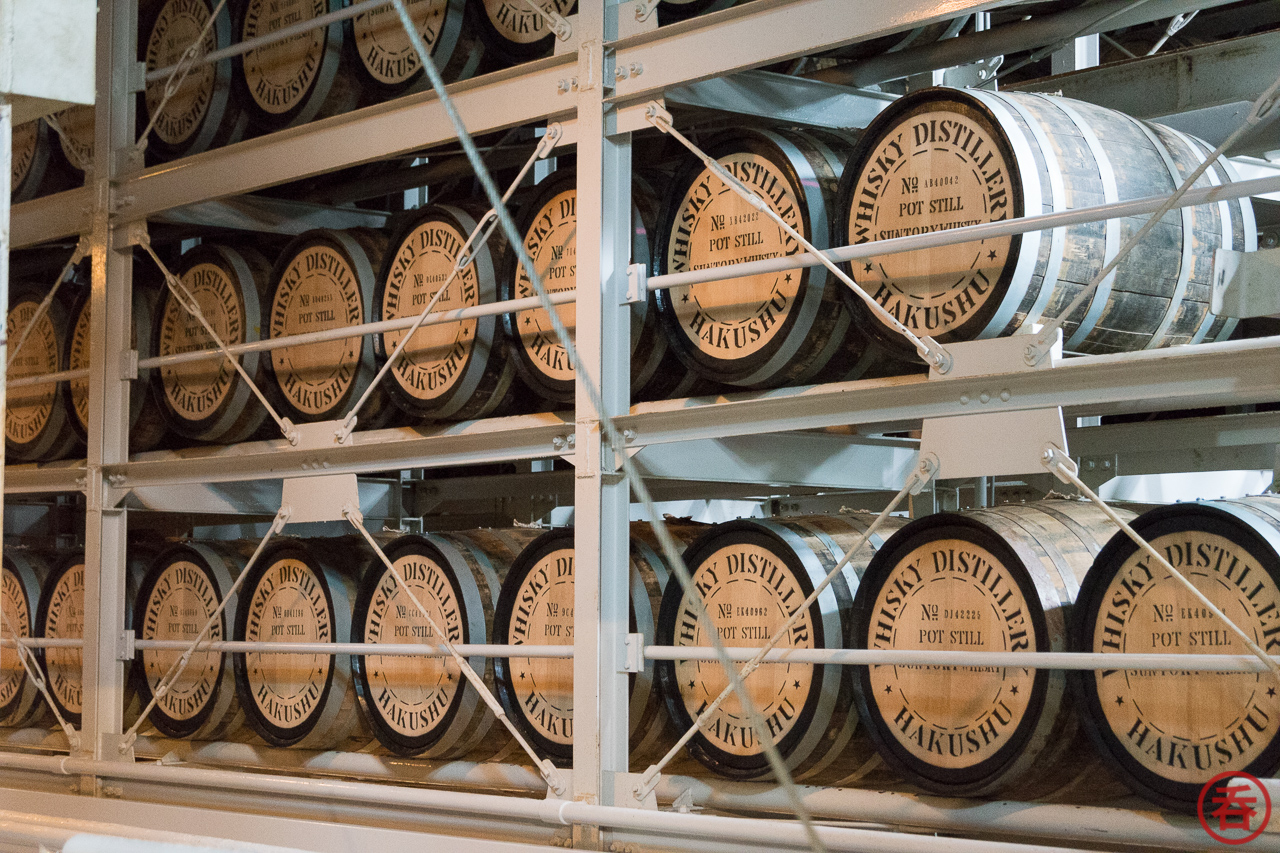 With the recent announcement by the Japan Spirits & Liqueurs Makers Association (JSLMA) about a standard for Japanese Whisky, I’ve been fielding a lot of questions about specifics, what’s to come, and my personal take on the standard. In this article, I’ll address a few of the most common questions I’ve received over the past several days.

If you haven’t read the official standard yet, I encourage you to do so. It’s available here, in English, as a PDF.

Will the standard really be effective at stopping all of the fake Japanese whiskies out there?

In a word: no. This standard alone will not be enough.

The standard will be effective at putting a stop to the practice of bottles being labeled as “Japanese Whisky,” despite not being entirely distilled/matured in Japan, by liquor makers who are members of the JSLMA.

But as we all know, the problem is much bigger than just a few bad actors.

While the JSLMA standard DOES put a stop to shochu makers labeling matured shochu as “Japanese whisky,” again, this only applies in cases when said shochu makers are members of JSLMA.

Despite what you may have read in mainstream media, the National Tax Agency currently has no plans to change the tax code. In fact, they’ve already said exactly that, in a closed-doors meeting that occurred after the standards were announced.

The taxman’s concern is tax revenue. It’s not protecting the sanctity of a particular variation of one of the categories of liquor that they tax.

You need look no further than sake. Nowhere in the Japanese tax code does it say that the rice must be grown in Japan, that it must use some particular kind of koji, that “Japanese sake” needs to be brewed in Japan. If the National Tax Agency has made no moves to protect “Japanese Sake” over the last several years, you can be sure they have no particular interest in protecting Japanese whisky.

These are some of the more interesting sections of the new standard. It’s specifically targeting companies that may try and cop out by saying “oh, but we didn’t call it ‘Japanese whisky’…”

2. Business operators shall not use labeling that includes any of the items below for products that do not satisfy the production method quality requirements set forth in Article 5, unless measures are taken to clarify that the product being labeled does not meet such requirements:

(i) Names of people that evoke Japan

(iii) The Japanese flag or a Japanese era name

(iv) Any other labeling that makes it likely that the product being labeled is mistaken for a product that satisfies the production method quality requirements set forth in Article 5.

3. Business operators shall not use labeling that makes it likely that alcohol products that do not meet the definition of “whisky” under the Liquor Tax Act are mistaken for whisky, and shall not supply, or cooperate in supplying, alcohol products to vendors that use such labeling.

Notice that “for products that do not satisfy the production method quality requirements” bit.

What they’re saying is that even if JSLMA members don’t specifically use the term “Japanese whisky” on their bottles, they still can’t use names like “Mt. Fuji,” samurai, sakura, geisha, the names of Japanese rivers, or even a Japanese flag.

How will prices of Japanese whisky be affected by the new standard?

As a whole, the new standard is about addressing a part of the confusion that exists in the Japanese whisky category. The absence of a standard was a risk that turned away new buyers. “Japanese whisky? It’s so confusing! I’ll just buy Scotch instead. At least I know what I’m getting.”

Ideally, those people who turned away from Japanese whisky because of that confusion will become new customers. So yes, I would expect it to drive demand across the category higher, potentially pushing prices higher.

What about companies that are not part of JSLMA?

You guessed it, these standards make no difference for non-member companies. The new standard is just that: an industry-driven, industry-enforced standard.

So, How is this standard actually enforced?

Discussions about this are ongoing, but it looks like the Japan Spirits & Liqueurs Makers Association is currently setting up an internal committee to address the enforcement of the standard. The understanding at the moment is that some specific mark or indicator of authenticity for Japanese whisky will be required going forward.

what about aged shochu?

As we’ve discussed above, aged shochu being sold as Japanese whisky is addressed, and snubbed out, in the new standard.

However, most shochu makers are not members of the JSLMA. I suspect we’ll still see many, many aged shochus continued to be labeled as Japanese whisky.

Some are advocating that aged shochu be allocated a subcategory called “Koji Whisky.” Others are advocating to extend the definition of shochu so that it can include aged stuff.

Where you stand on that issue likely depends on your personal definition of whisky. At its most basic level, is whisky:

a) a spirit distilled from grain, then aged in a wooden cask

b) a spirit distilled from malted grain, then aged in a wooden cask?

Shochu takes a fundamentally different approach to saccharification and fermentation. After, say, 2-3 years in a cask–the minimum to be called a whisky–can you still taste the difference?

The standards say nothing about using oak for maturation…

It’s pretty adventurous, but we have to remember Japan has a long history of using cedar for sake casks. Bigger picture: cypress bathtubs! Ariake Sangyo, Japan’s only independent cooperage, offers cypress, cherry, chestnut, and cedar for both whole casks and just the heads. The jury is still out on whether or not not-oak wood provides good results for whisky maturation, but at least the Japanese whisky standard allows that option for makers who are willing to experiment. Long-term, I think it will turn out to be a plus.

what are the next steps?

There’s a few different approaches that can be taken to address this. There’s the political approach: getting countries throughout the world to agree that things labeled as Japanese whisky must conform to those JSLMA standards. This is a long-term goal as it takes a significant amount of negotiation and/or lobbying. Cachaça, for example, was finally recognized as a category by the TTB in the US in 2013 because Brazil agreed to recognize American Whiskey and Tennessee Whiskey in their local regulations. WHO’s Geographical Indication (GI) provisions in the TRIPS Agreement might help here. If you look at Scotch, it’s a combination of GI, trademark, and domestic legislation.

A more consumer-oriented approach is specific labeling for the off-trade. The Japan Sake and Shochu Makers Association has the JSS Mark. Basically, stickers that they put on sake and shochu bottles that conform to their standards for Japanese Sake, Japanese Shochu, and Japanese Awamori. If people know to look for the sticker, they are better aware of what they’re buying.

But for a quick win. What if the JSLMA compiled and publicized a list of certified “Japanese whisky” bottles currently offered by its members? That would deliver a powerful message to consumers worldwide: if it’s not on this official JSLMA list, buyer beware, it might not comply with our standards for Japanese whisky.

In fact, it looks like things are already moving in the direction of that last point. The JSLMA is reportedly looking to create some kind of centralized resource to disseminate information about genuine Japanese whisky created by its membership. And I’ll probably be part of its creation: this centralized resource is slated to be published in Japanese, English, and Chinese.

Hopefully, I can bring you more about this soon!

is it really japanese if it’s using imported malt? imported peat? imported wood? Why shouldn’t smaller producers be allowed to use imported spirit?

This is a discussion I’ve seen occurring a lot since the announcement of the new standard.

While I’m glad that people are asking questions about whether or not terroir really exists in whisky, this is 2021 and globalization isn’t going anywhere. People aren’t distilling moonshine in their sheds (much) anymore. It’s certainly possible to make a hyper-local whisky — the upcoming “Akkeshi All-Star” for example — but that’s exceptional, and not something that will happen at scale. I don’t think it’s reasonable to expect, let alone require, this of any whisky anywhere in the world.

Thus, I don’t see why we should hold Japanese whisky to that standard. At the same time, I don’t think it’s unreasonable that people expect Japanese whisky be made in Japan. Most whisky drinkers would agree “made in Japan” here should be fermentation, distillation, and maturation in Japan.

This is in line with other whisky standards throughout the world that require various stages of the process happen within a given geographical boundary. And that’s exactly what the new Japanese whisky standard introduces.

Have a question that wasn’t answered above? Please comment below!