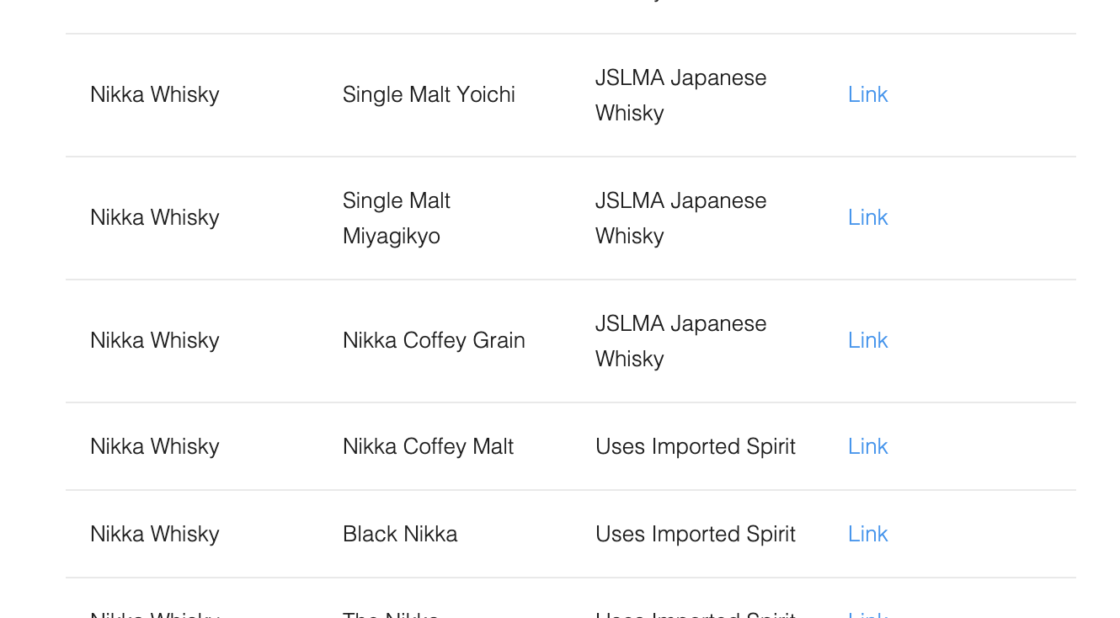 On April 1, 2021, the Japan Spirits & Liqueurs Makers Association (JSLMA) standards for Japanese Whisky went into effect. Members of the association are beginning to be more transparent about which of their brands do, or do not, qualify as Japanese Whisky. This list compiles all such information made public thus far.

For the past few years, nomunication.jp’s infographic describing the origins of various “Japanese” whisky brands has by far been this website’s most popular page. But due to the non-public nature of such information up until now, the categories to which the brands were assigned were sometimes just an educated guess: how could a company without a grain whisky distillery make a truly Japanese blended whisky? How can a distillery that is only licensed to make awamori make Japanese whisky? How can a distillery that’s only been operating for 4 years sell a 12 year Japanese whisky?

The days of guessing are over. To some extent, anyway. Thanks to the new standards, we’re finally receiving this kind of information directly from the makers themselves. As we recently learned, going forward, this information disclosure is required to happen via at least one of three channels: on the bottle label, on the company’s website, or in response to a customer inquiry.

Word on the street is the JSLMA is readying a list like this one. It will become the official resource. Until that happens, I’ll be compiling this information as it’s made available and adding it to the unofficial list below.

JSLMA Japanese Whisky or not?

Please confirm deletion. There is no undo!