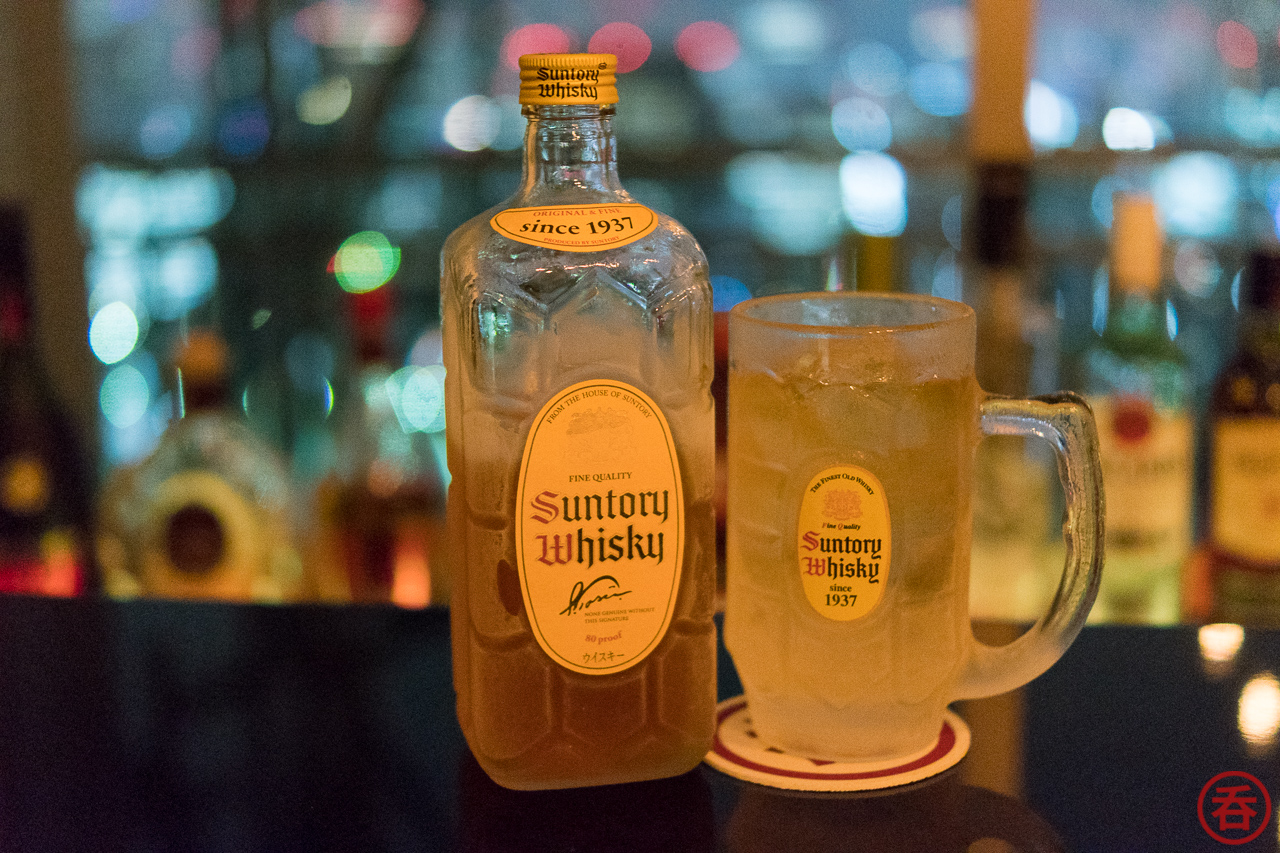 First things first! Let’s get the most popular one out of the way: the whisky highball. The whisky highball is now the quintessential Japanese izakaya whisky drink. Its resurgence is one of the major reasons that Japanese whisky hasn’t faded into obscurity, never to be discovered by the world.

Despite all the hubbub about Japanese single malt whiskies, the reality is that the general public still doesn’t drink it. Blended whiskies dominate in terms of volume. In 2015 for example, Suntory Kakubin alone accounted for 50% of domestic whisky sales. And that’s because of highballs!

History of the Whisky Highball

Highballs have been around in Japan since the post-WW2 days, and over the years the drink has seen its ups and downs. Though hard to imagine nowadays, in 2007, consumption of Japanese whisky was only about 1/6th of its previous peak in 1983. Two men at Suntory set out to breathe new life into the market: Tsugihiro Tanaka, head of Suntory’s whisky division, and Takumi Nara, Suntory Kakubin brand manager.

The research they conducted showed that whisky was generally considered to be a strong drink for old men, and not really something you’re meant to drink with a meal. The とりあえずビール (“just give me a beer”) culture of starting with a low-alcohol drink when you sit down for dinner wasn’t really a place for whisky. In fact, their studies revealed that 8% abv was the sweet spot for a first drink. People also want something that’s easy to guzzle, like a beer.

Enter the Suntory Kakubin highball: it has lower abv, and you can chug one if you want. The refreshing cold soda also increases the appetite as the carbonation stimulates the walls of your intestines. This marks the rebirth of the whisky highball. Primarily marketing to izakaya, the two men would go on to drive the success of the “Kakuhai”–served in a mug, like most draft beer in Japan–as a way to get whisky into that key “first drink, with food” market. After merely a year, sales of Kakubin were up by 17%, and nowadays shipments of Kakubin are about 10x where they were before the highball boom. Mission accomplished!

By the way, the whisky highball isn’t actually from Japan. Instead, Thomas Dewar of Dewar’s is generally credited as being the inventor of the drink, all the way back in 1905.

These days whisky highballs are everywhere: izakayas, bars, trains, grocery stores, and in cans. Alcohol-free highballs. There was even a highball TV show that ran for six years. It’s not just a drink for when you’re out either — Suntory stresses that the drink is very easy to mix yourself at home, and regularly airs commercials showing you how to make one. If you’re feeling adventurous, you can also try ginger ale or cola highballs. Technically speaking, the word “highball” in English refers to an entire category of drinks. But here in Japan if you ask for a highball, you’ll get a whisky and soda served over ice.

While it’s fine to use any whisky for a highball, it really enhances the aromas of more smokey whiskies. Think an Ardbeg or Laphroaig. Nikka Whisky From The Barrel is another highly recommended whisky for highballs. In Japan though Suntory Kakubin is far and away the most popular choice. Below I follow Suntory’s official recipe. The lemon, by the way, is optional. But I find it does work quite well in a Kakubin highball.

Japan’s “highball boom” started around 2008 thanks to Suntory’s marketing push of the Kakubin Highball. Today’s it’s basically everywhere in Japan. It’s affordable, refreshing, and easy to make at home! While we used Suntory Kakubin (fresh out of the freezer) here as well, feel free to swap it for your whisky of choice.