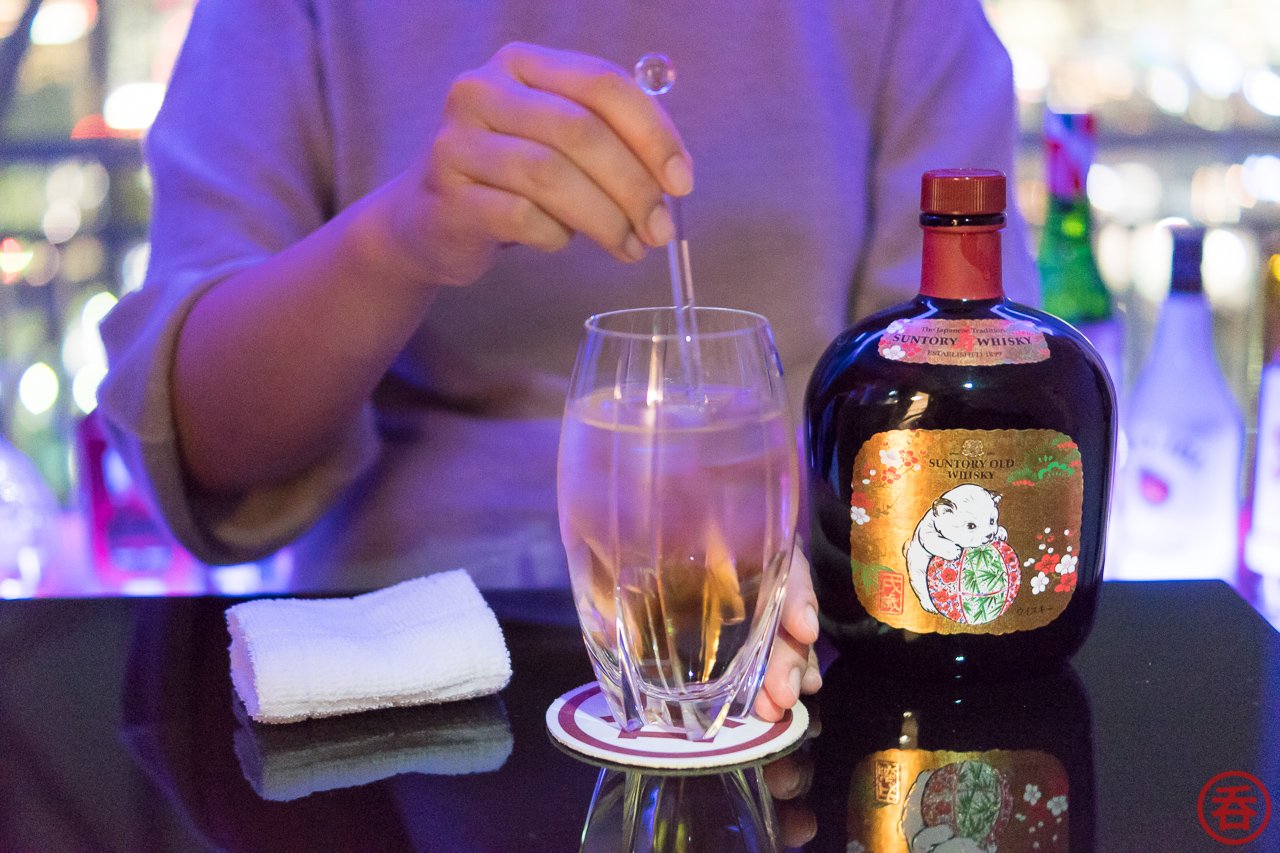 As Japanese whisky makers enjoy their time in the worldwide spotlight, more and more people are waking up to the reality that Japanese consumers may also know a thing or two about the ways to drink Japanese whisky. Of course there's the izakaya staple whisky highball, but if you dig a bit deeper, you'll discover there are plenty more interesting ways that Japan drinks their country's whisky.

A common theme you'll find about all these choices: one way or another, you add water to the whisky! Japan generally has no hang-ups about putting water in whisky. If you want to drink Japanese whisky like a local, I suggest you give these a try.

#7 is a really easy drink to make, but it's also straight out of Ginza's nightlife. Bring on the mizuwari.

If the whisky highball is the king of the izakaya cocktail menu, then the mizuwari is the queen of the hostess club drinking scene. "Mizuwari" only means "with water."

It's a damn simple drink: ice in the glass, whisky in the glass, then top off with water. Give a few turns of the muddler and you're golden. If you completely botch the ratio, no worries, just add more of either. You don't need any jiggers, carbonation, other liquors, or expertise.

That simplicity is the key, because the reality of the mizuwari is that you ordinarily don't make it for yourself. Your hostess will make it for you. But the girls at hostess clubs are there to entertain you, not blow you away with their mixology skills. If you want that, try a Girl's Bar.

Ginza's reputation as a night spot during Japan's bubble years meant that on any given night there was a large population of salarymen with loose wallets, lowered inhibitions, and a yearning for companionship. Most hostess clubs make money from guys buying drinks for their companions or bottles for the table: the latter often with little regard for quality. So along comes the affordable, easy, and flexible mizuwari. That repuation has stuck over the decades, and typically, unlimited whisky or shochu mizuwari is included in your 40 minute "set price" at most hostess clubs. Even in higher-end clubs that don't offer nomihodai--i.e. places where you're required to buy the whole bottle--the mizuwari set is included.

The mizuwari is a) cheap enough that hostess clubs can provide it as an all-you-can-drink option, b) so easy you can't mix it wrong, and c) a logistical blessing for the club as it only requires occasional ice bucket and water pitcher refills. Here's a guide instructing new hostesses the proper way to make a mizuwari, including tips like wiping the condensation from the glass, keeping the label up when pouring, and protips like "ask the customer, 'can I drink with you?' when you give him the drink."

On the other hand, the mizuwari is also available outside of Ginza's club scene. If you order a bottle of shochu at a regular izakaya for example you'll probably get a mizuwari set too. If you go to a regular bar and ask for whatever whisky as mizuwari, they'll know how to make it.

In celebration of the vibrant Ginza bubble-era nightlife, I've used Suntory Old. And I didn't make the drink myself.

The unofficial drink of Japan's hostess club scene is the mizuwari, a simple mix of whisky, ice, and water. If you're actually in a hostess club, you probably won't be making this drink for yourself. But if you'd like to follow along at home, here's the recipe.