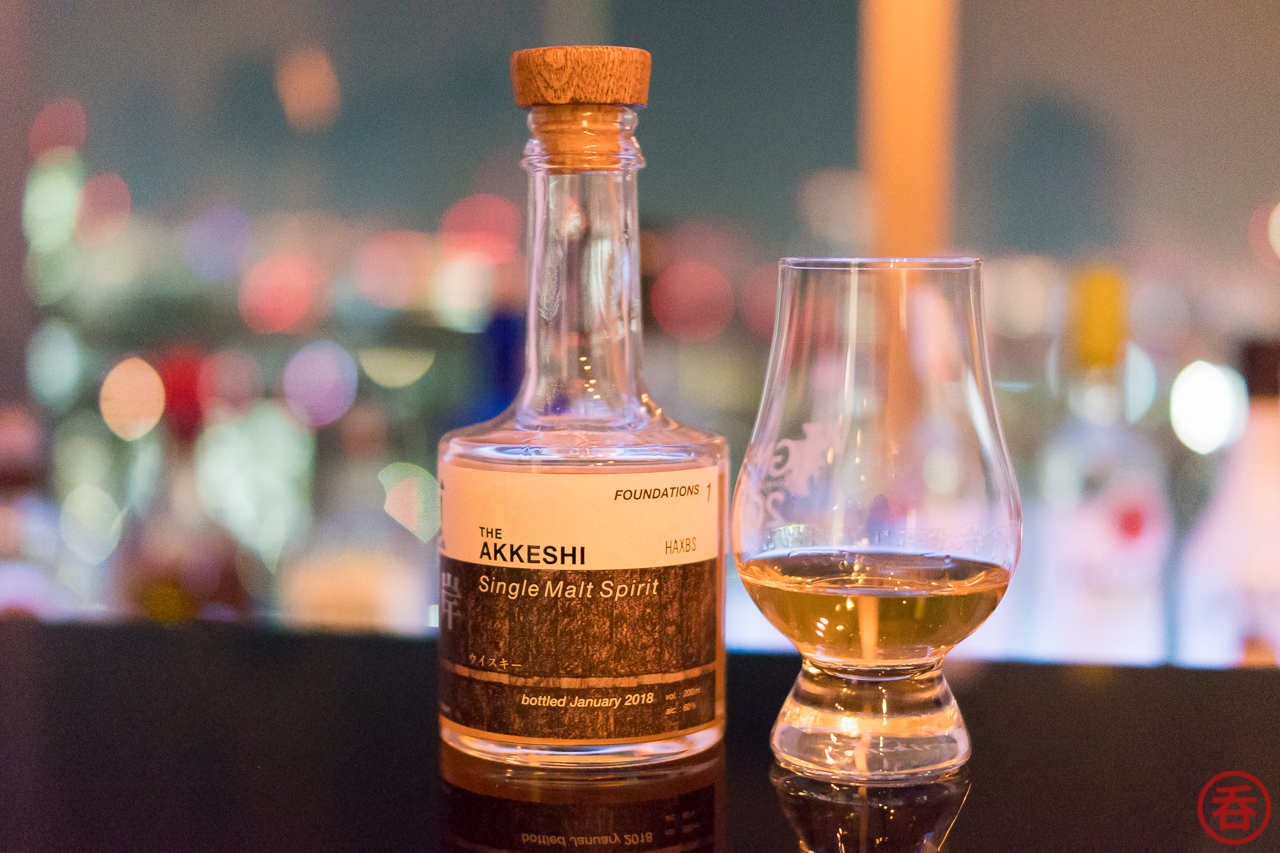 Akkeshi New Born 2018 Foundations 1 is the name of Akkeshi Distillery's very first official release. We've posted extensively about Hokkaido's Akkeshi Distillery already: it's one of our Distilleries to Watch 2018-19, and there's plenty more we learned at last year's seminar at the Tokyo Whisky Festival.

But to summarize, Akkeshi Distillery is the first new whisky distillery in Hokkaido in around 80 years. The company's founder, Toita-san, has essentially set out to recreate Islay malts right here in Japan. Everything about the distillery's equipment, processes, climate, and suppliers--for now--have been crafted to match those of Islay's. Although he originally intended to wait until Scotch whisky's 3-year-aged mark to release anything official, it seems Toita-san caved to international demand for Japanese whisky and decided to release the New Born Foundations series.

So we're still talking about a very young whisky here. It's a blend of liquid that's at least 5 months but no more than 14 months old; Akkeshi Distillery only started full ops in November 2016. This Foundations 1 is a (non-Islay-ish) non-peated and bourbon-cask aged, bottled at cask strength of 60% abv. Foundations 2-4 are coming in different permutations of peating and wood variety every half year until we get to "Single Malt Akkeshi" in 2020.

If this whisky doesn't taste like a Laddie, or a Lagavulin, or an Ardbeg, does that make it a failure? I'm guessing Toita-san himself would say yes, given that's his stated goal. Sure, but is it good? That's a different question. Let's try the Akkeshi Distillery's first official release, Akkeshi New Born 2018 Foundations 1!

Nose: Salty caramel and buttermilk. All-in-all quite feinty with plasticy notes remaining; quite the departure from other Japanese whiskies. Toita-san is certainly ambitious. I'm trying to find something fruity, but meh, nothing jumping out at me.

Palate: There's a rush of heat due to the 60% abv. It's gone almost instantly. Then you get a hint of marine notes -- Akkeshi's facilities are very close to the ocean.  That soon gives way to a blend of fig, apricot, and prunes and a slice of orange and citrus. If you're looking for smokiness or peatiness--remember we're trying to make an Islay here--try adding a few drops of water to bring it out a bit more.

Finish: There's actually a bit of smokiness/woodiness coming through afterwards even without the water. Closes with a nice and long-lasting cereal/vanilla malt finish.

With a name like "New Born" a very immature whisky is expected. While I can't say I'll be clamoring to get another bottle of this, or whether this is representative of the upcoming Akkeshi Single Malt, it's great to see a very different style of whisky coming from within Japan itself. So far it's still quite sharp though, so hopefully more time in a cask will mellow it out. Looking forward to trying more from Akkeshi!