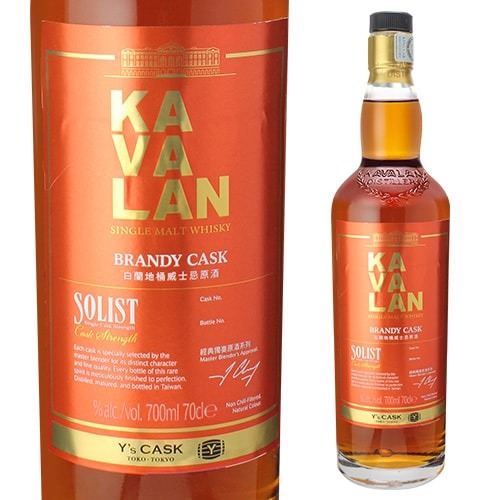 It’s only been a few months since we saw Kavalan Solist Vinho Barrique Y’s Cask hit shelves, but Liquor Mountain is already back with their next private bottling: Kavalan Solist Brandy Y’s Cask Single Cask Strength. Pre-orders are open now! Just yesterday we saw a different private bottling from Liquor Mountain, so they must be pretty busy over there.

Kavalan has already done quite a bit of experimentation with different types of wood, and just looking around online, reviews for this brandy cask-aged edition are quite good. The Y’s Cask edition will be the first of the brandy-aged series imported to Japan. It’s going for 24,840 yen including tax, 700ml. While the abv hasn’t been announced just yet, the rest of the Solist series is around 56-59%. Expect similar here.

Only 137 bottles of this one will be released, and it looks like they start shipping around March 23rd.