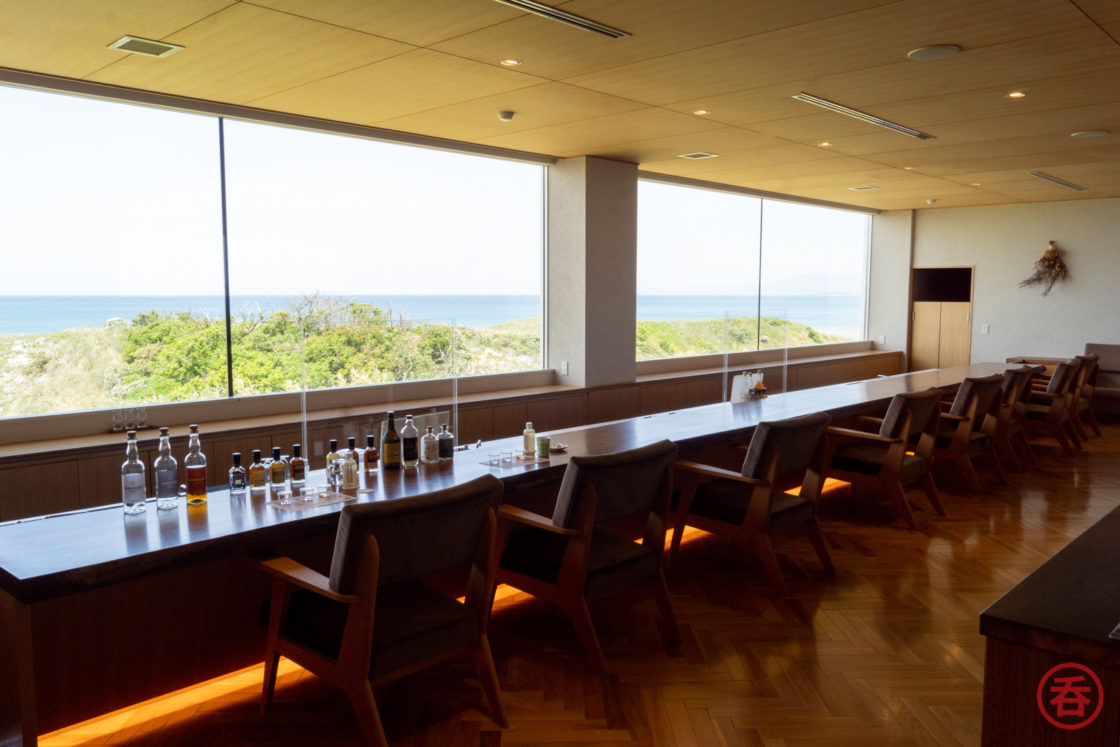 On Wednesday, September 8, 2021, Japanese craft whisky was rocked by the announcement of an investment by Diageo into Kagoshima’s Kanosuke Distillery through Distill Ventures. The deal, a first of its kind for Japanese craft whisky, has Diageo purchasing a minority stake in Komasa Kanosuke Distillery Co., Ltd. Let’s take a look at what this means for Kanosuke and Japanese whisky overall.

Kanosuke Distillery began churning out spirit in February 2018. The distillery, one of the three points of the Kagoshima Whisky Triangle, was launched by Yoshitsugu Komasa, fourth-generation president of Komasa Jyozo. The company’s history making shochu goes all the way back to 1883.

From day one of Kanosuke Distillery, the vision was to enable the company to speak the same language as other distilleries across the world: the language of whisky. Damn good whisky that belies its age, by the way. Using that language, the company hopes to spark interest in Japan’s native distilled beverage, shochu.

Or at least that was the plan. The Kanosuke Distillery was spun off from Komasa Jyozo on August 1, 2021.

Billed as the “world’s first drinks accelerator,” Distill Ventures kicked off in 2013 when the company approached Diageo for a partnership. Like accelerators in other industries, Distill Ventures provides a variety of services to build brands, namely in the form of huge piles of cash, but also access to new markets, expertise and advice, strategy and planning, and probably anything else business-related the brands may require.

Distill Ventures says “our business is independent, but Diageo is our sole investor.” They must have a different definition of independent than me! Diageo’s press release says that “Diageo has made a minority investment in [Kanosuke Distillery], through Distill Ventures,” leading me to believe someone at Diageo called up Distill Ventures and said, hey guys, we want to invest in Kanosuke, make it happen.

DEAL OR NO DEAL

Being a private deal, the press release lacks detail about the specific terms struck between Diageo/Distill Ventures and Kanosuke Distillery. It simply says Diageo is making a “minority” investment in the firm, meaning they could have purchased anywhere between a single share and 49% of Kanosuke.

Digging further into the text, it mentions that Komasa-shacho will “continue to be responsible for all production, marketing and sales.” So don’t expect this to impact what’s actually in your bottle of Kanosuke any time soon.

The investment agreement envisages a transition to a 50:50 joint-venture ownership structure with Diageo subject to future performance.

That’s saying that while Diageo may own a minority stake now, they look to increase their ownership in the future.

This brings us back to the Distill Ventures homepage, where there’s a very important sentence on the About Us page:

All deals do include a call option for Diageo to buy the business outright at an agreed future point.

If you look at the Distill Ventures portfolio, you’ll notice that it has two different sections: Current and Acquired. Kanosuke Distillery will presumably join the Current section soon, but there’s a chance that it ends up Acquired in the future.

In fact, with the way Japanese whisky continues growing, I’d even say it’s a strong chance. I can’t imagine Kanosuke not hitting their performance targets. Perhaps we’ll see a Diageo-owned Kanosuke Distillery in 3 to 5 years time.

With help from Distill Ventures, Kanosuke is determined to seek a more global presence. Branding strategies and social media or whatever are a part of that, but at the end of the day, the company needs to have more bottles of whisky sitting on liquor store shelves across the world.

Yoshitsugu Komasa has been a staunch supporter of genuine Japanese whisky since the very beginning. So much so that the company makes their own grain whisky for future blends at the nearby Hioki Distillery, rather than importing it from abroad. So despite probably gaining direct access to Diageo’s massive grain whisky operations, I don’t foresee Kanosuke sourcing overseas juice to make blends.

That leaves us with questions about Kanosuke’s capacity here in Japan. Demand for Kanosuke exceeds supply in Japan’s domestic market alone. Distill Ventures could “request” Kanosuke allocate a certain number of bottles or casks for the North American market, depriving Japan of the precious liquid in order to build the brand out overseas. Eventually though, they will need to supply both Japan and the rest of the world with whisky.

The only solution is to make more whisky. But even adding additional shifts for example, they are ultimately limited by the current distillery: the size of their mash tun, their number of washbacks, the sizes of their stills. Years in the cask. And presumably they are going to need a LOT more whisky, both malt and grain. Like we saw with the Chichibu 2nd Distillery, don’t be surprised to see a much larger Kanosuke 2nd Distillery within the next few years.

With this “minority…for now” acquisition of Kanosuke Distillery by Diageo, we’re getting a glimpse of a different kind of future for the Japanese whisky category. A future where Suntory and Nikka aren’t the only two household names. Not since 1972’s Kirin-Seagram-Chivas Brothers’ Fuji Gotemba Distillery has there been foreign investment in Japanese whisky of this variety.

Distilleries like Kanosuke are moving from the start-up phase into the growth phase. If they have ambitions to ever be anything other than tiny, if they want to carve out a market share bigger than single digits, they need global scale and footprints that spirits multinationals like Diageo are used to.

I don’t expect this to be the last deal of this type. While I can’t share details, earlier this year, I offered a bit of advice to a different global spirits conglomerate looking to get into Japanese whisky. As we see more and more Japanese whisky distilleries come of age, we’ll see the successful ones get scooped up. The less successful ones might end up as your grandkids’ Karuizawa. Perhaps that’s not a bad thing.