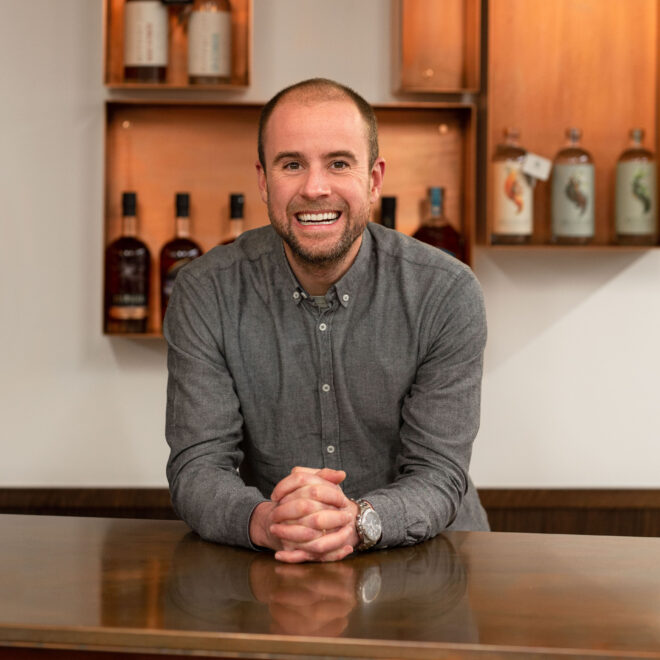 The Japanese whisky industry was rocked by last year’s surprise announcement of a minority stake acquisition of the Kanosuke Distillery by Diageo-funded Distill Ventures. It’s the first such foreign investment into a Japanese whisky distillery since 1972. A key decision-maker behind the deal is Distill Ventures’ Whisky Portfolio Manager – Rest of World, Charlie Steel. We recently had a chance to speak with him about the background of the company’s Kanosuke investment and its implications.

Distill Ventures, dubbed the world’s first drinks accelerator, was launched in 2013 thanks to funding from drinks giant Diageo. While funding new drinks brands is part of what the firm does, they also work closely with the target’s founding team to provide expertise, advice on strategy, and partnership within the company’s network to tackle any sort of issues a growing company might face.

The Kanosuke Distillery officially started distilling in 2018 and is one of the post-Chichibu darlings of the rapidly expanding Japanese craft whisky scene. The Kagoshima-based distillery has received numerous accolades in just a few short years, including a Superior Gold medal at Tokyo Whisky & Spirits Competition 2022 for their inaugural single malt. For more about the Kanosuke Distillery, read my report from my visit down there last year.

Whiskey Richard: Last year’s announcement of Distill Ventures’ investment into Kanosuke Distillery caught many off-guard. Can you provide some background about how the deal came together? I understand your team visited the distillery anonymously, almost like Michelin’s secret restaurant inspectors.

Charlie Steel: There were no secret visit! It was indeed a long journey with the founder of Distill Ventures, Frank Lampen, spending a huge amount of time in the country trying to determine where the greatest opportunity in whisky was, and who were the founders with the vision and ambition that matched ours.

Of course, this is very much a two-way process and spending significant time getting to know the wonderful Komasa family, the history of their family shochu business (Komasa Jyozo), and the vision of Yoshitsugu Komasa to found the Kanosuke Distillery were all critical to us deciding to partner together.

CS: It is a wonderful time in Japanese whisky with many wonderful craft distilleries looking to develop whiskies and brands of real Japanese character.

But Kanosuke stood out to us for several reasons:

WR: Global demand for Japanese whisky is unprecedented, and so far 2022 looks to be another record-breaking year in terms of value of exports. Does Distill Ventures see this trend continuing, or do you expect the curve to flatten within the next few years?

CS: Yes we expect the trend to continue. Japanese whisky has indeed boomed but the emergence of genuine Japanese craft whisky distillers looking to create something truly local and distinctive in identity will be a key future driver of this growth.

It fits perfectly with the big growth of the ‘whisky discoverer’ consumer we see emerging and driving the New World Whisky category growth all around the world. People who are willing to spend time and money on products with delicious liquids and intriguing stories to share. And Japanese craft whisky has these in abundance.

At the moment, except within tight whisky circles, Japanese craft whisky is still very much undiscovered, so the opportunity to open it up to new consumers is vast.

WR: One thing many people commented on when the Distill Ventures/Kanosuke deal was announced was the capacity. Presumably, one of the goals of your partnership is to increase the distillery’s global profile, but doing so eventually requires bottles on shelves outside of Japan. And yet, even here in Japan, Kanosuke bottles sell out pretty much instantly. The grain operation is one thing, but is a capacity increase for the malt operation an option being considered for the distillery? If so, at what scale, and has a timeline been decided?

CS: I will leave it to Komasa-san to decide how much detail he would like to share (!) but what I can say for sure is we are in the process of preparing Kanosuke to become a globally iconic craft whisky brand, so there are absolutely plans to increase production and expand capacity, and also to increase availability and distribution so that more lovers of Kanosuke and exceptional whisky can get their hands on it. But nothing will ever come at the cost of quality or the vision that Komasa-san has for Kanosuke.

WR: As you’re aware one of Komasa-san’s long-term goals–and one of the reasons he launched the Kanosuke Distillery–is to raise the global profile of shochu outside of Japan. While Distill Ventures’ investment was into the whisky-only Kanosuke Distillery rather than the shochu-making Komasa Jyozo, given your varied portfolio, is shochu something Distill Ventures could potentially be interested in long-term?

CS: Our investment is only in Kanosuke and the whisky and this is very much our focus!

On a personal note, it was wonderful to learn more about Shochu whilst in Kagoshima and I would certainly love to see it build its profile outside of Japan- a wonderful drink with so many wonderful expressions and brands!

CS: Yes our focus is on New World Whiskies (NWW) which we believe will be a key driving force in the future of the whisky category.

A NWW is a whisky that is produced in a place that is not usually associated with whisky production, and it also encompasses the unconventional whisky made within established whisky- making countries, such as American single malt or Scottish rye. Examples of NWW brands that DV works with are Stauning Whisky (Denmark), Westward Whiskey (American Single Malt), and Starward Whiskey (Australia)

We believe the Japanese craft whisky movement, with all its innovation and new approaches being taken versus the established players in Japan very much fits into this NWW movement, and for us, Kanosuke is at the forefront!

Thanks for your time, Charlie!