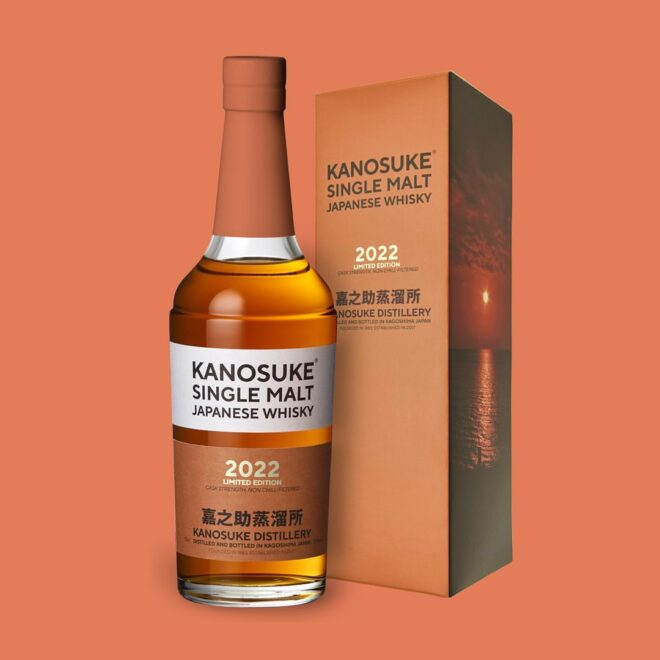 Kanosuke Single Malt 2022 Limited Edition is upon us June 15

This one is a vatting of sherry cask-aged whiskies, symbolizing the sunset over the East China Sea.

Details are still slim, as it was only announced via the distillery’s Instagram just moments ago. It drops on June 15, 2022 for 12,500 yen before tax.

They did provide us with some tasting notes. We can expect lemon tea, honey, plum, and Japanese cinnamon on the nose. Then dried berries, coffee candy, and an aged woodiness. The finish brings a spicy and bitter sweetness.

It was around this time last year that I visited the Kanosuke Distillery, so definitely check out my report when you get a chance. Scratch that, if you get a chance, go there! Since then, quite a lot has happened: the investment from Distill Ventures, then being awarded category winner for WWA2022’s NAS Japanese Single Malt category, plus gold and silver for their other releases.

Maybe they heard me when I said their naming was getting kinda confusing? This one is simply “2022 Limited Edition.” No “first” or “second,” so will it be the only major release this year? Time will tell!