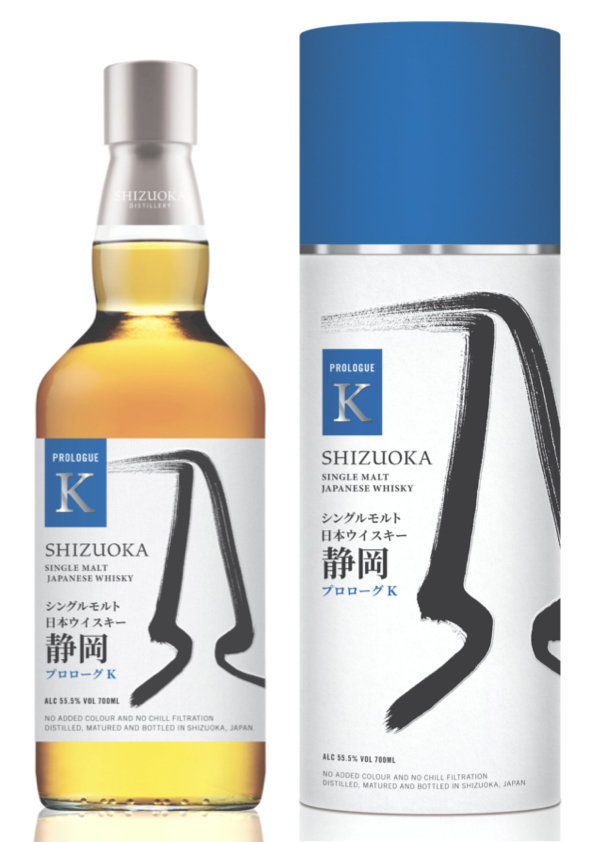 While many of the things that were supposed to happen in 2020 haven’t for obvious reasons, Japanese whisky is apparently immune. We’re in the midst of the first wave of post-Chichibu craft whisky distilleries releasing their first single malts. In less than a calendar year, those have come out of Asaka, Akkeshi, Tsunuki, Saburomaru, and Nagahama.

Today, the Shizuoka Distillery announced it will join that group. Per the distillery’s official blog, Single Malt Shizuoka Prologue K will go on sale on their web store on December 19, 2020, with shipments to start in January 2021. 5000 bottles will be available at 8130 yen each before tax.

Unlike some of the other distilleries listed above, the Shizuoka Distillery hasn’t directly released any official products to the public. No cans, new makes, blending experiments, not even gins. Sure, it hasn’t been impossible to find their new makes. But for many people, this first official release will likely be their first experience with Shizuoka’s distillate.

Famously, the Shizuoka Distillery purchased distilling equipment from the defunct Karuizawa Distillery at auction. While much of it was unusable, they were able to employ one of the ex-Karuizawa pot stills as a wash still. Their other wash still–they have two wash stills and one spirit still–is a direct-fired still heated with firewood.

In terms of the specs of the bottle itself, “Prologue K” here is:

Shizuoka Distillery is located in “deep” Shizuoka. It’s basically the inland mountainous part of the prefecture, an area that goes by the nickname “Okushiz.” And it sounds a lot cooler when pronounced as ocshiz.

Whiskyfun recently called Shizuoka “the best Japanese distillate, by far.” Given what I’ve tried so far, I tend to agree. Definitely looking forward to this one.