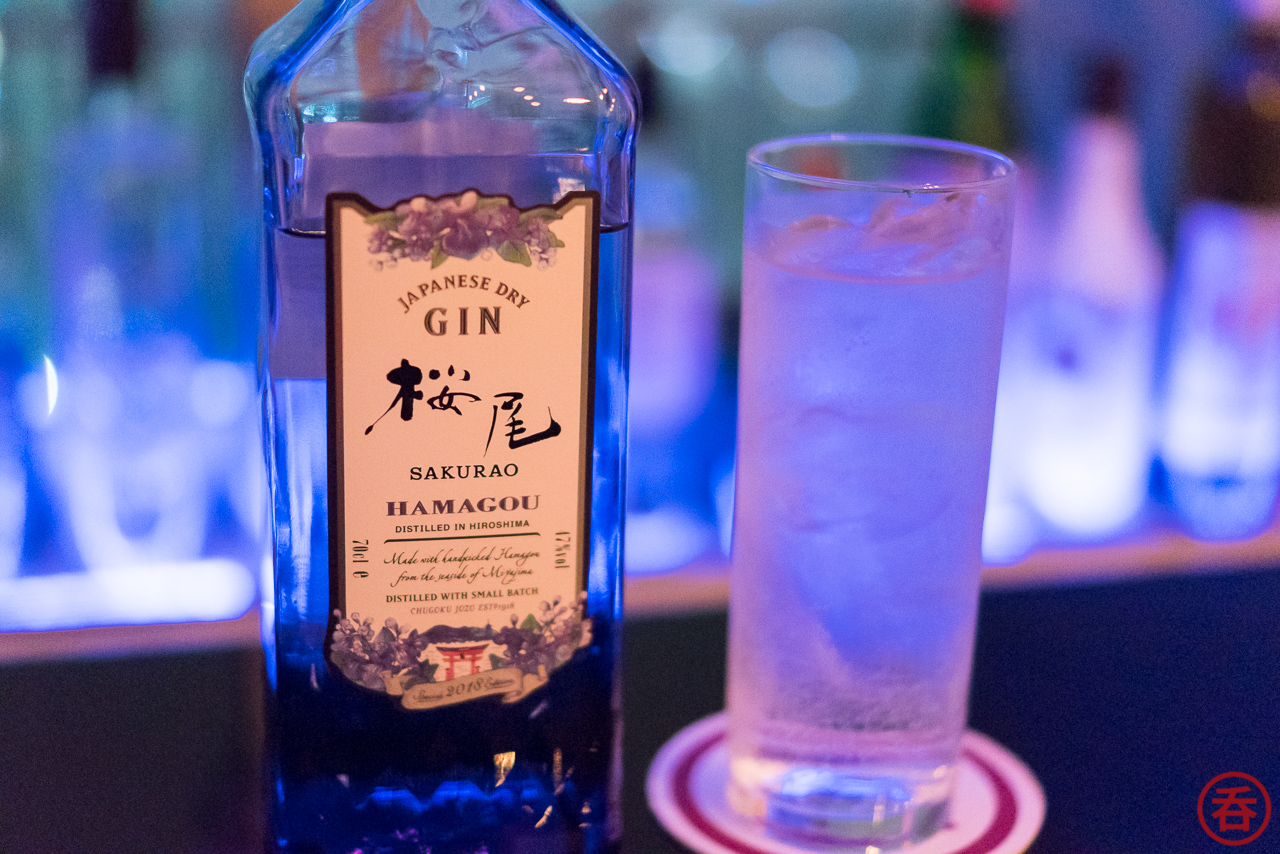 Chugoku Jozo’s Sakurao Distillery has been on point this year.

Their first gin releases were good. Really good — read my review here. So good, in fact, that the Sakurao Gin Original took home the Best of Gin award at this year’s Los Angeles International Spirits Competition. That’s a first for a Japanese gin. And it’s even more of accomplishment as Sakurao Gin Original is one of the most affordable Japanese craft gins on the market.

So I’m excited to try Sakurao’s latest release, which is a 2018-only limited edition gin called Sakurao Gin Hamagou. As I said when it was announced, “Hamagou” is Japanese for roundleaf chastetree, a flowering plant native to seashores across much of the Pacific. Here in Japan, it blooms from late July to early September, and the leaves have been used to make incense since the days of Heian Period (794-1195 AD). Presumably after an exhaustive amount of negotiation, Sakurao Distillery’s staff collected the plants from the shores of Miyajima in Hiroshima prefecture.

That’s significant since Miyajima isn’t just historically sacred in the religious sense, being home to the Itsukushima Shrine, with its iconic “floating torii.” The island’s natural environment is also legally protected, and its tiny ecosystem has about a third of the varieties of plants found in all of Hiroshima prefecture.

Getting back to the gin, hamagou is one of six botanicals sourced from within Hiroshima:

Six more botanicals are sourced from outside of Japan, bringing the total to 12:

Now, I figured this would be a more floral gin when I first heard about it. So what’s it really like? Let’s give it a try.

Nose: Lots of herbal notes, primarily rosemary and mint. Juniper isn’t really anywhere to be found just yet. Compared to Sakurao Gin Original, this doesn’t really have much fruitiness to it.

Palate: There’s a slight bitterness that comes alongside the green tea. Afterwards there’s a meadow-like grassiness to it.

Finish: The juniper begins to show towards the tail here. Afterwards there’s a touch of licorice, and you’re left with nice floral, minty finish.

I personally prefer a touch more juniper, but this is definitely another solid offering out of Sakurao Distillery. While Hinata was an earthy, deep forest sort of floral gin, Hamagou here brings up images of a seaside herb garden.