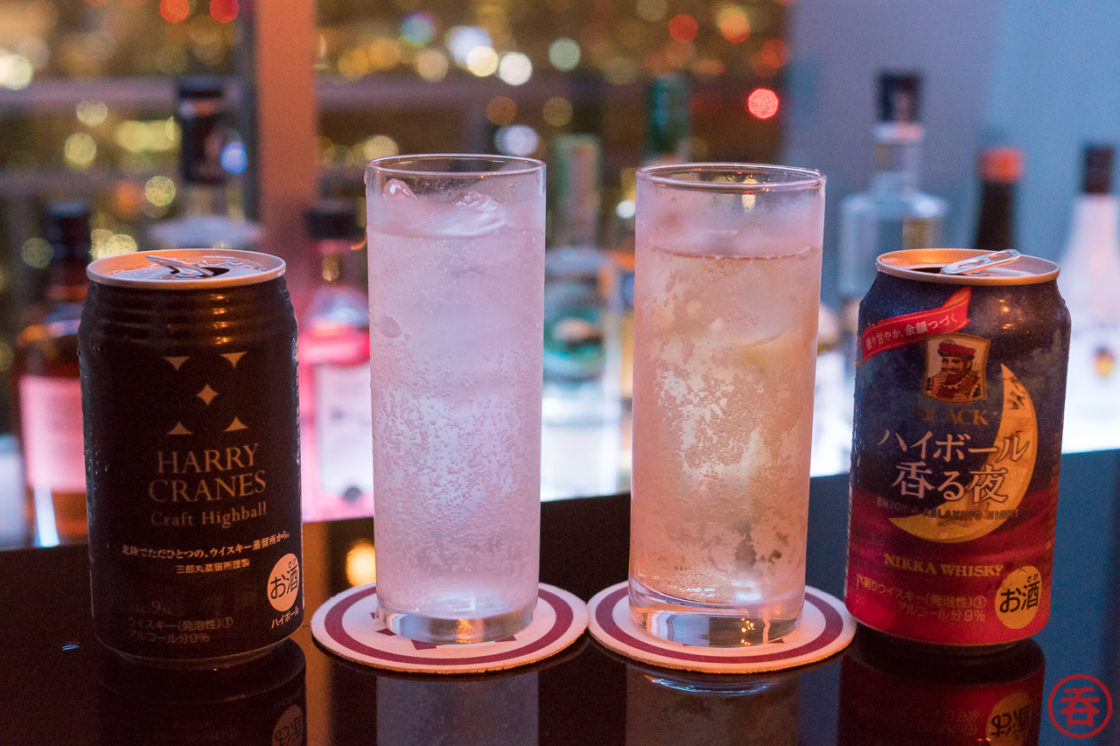 Tonight, two canned whisky highballs go head-to-head. In this corner we have the relatively new Harry Cranes Craft Highball from Wakatsuru Saburomaru Distillery. And in the other corner we have Nikka’s “Highball Kaoru Yoru,” a Hokkaido-only release from last year.

Granted, it may not be entirely fair to compare the two straight-on. Harry Cranes Craft Highball comes from the crowdfund-renovated Wakatsuru Saburomaru Distillery, which only began distilling again recently. Meanwhile, Nikka is Japan’s second-largest producer of whisky. So while the former highball can be considered “craft,” the other is decisively not so.

The team at the Wakatsuru Saburomaru Distillery set out to create a canned drink reminiscent of a highball you would get at a proper whisky bar. Opinions seem split about whether or not they’ve accomplished that — one friend described the nose as “band-aids and bactine.” The Wakatsuru Saburomaru Distillery looks to have settled around 50ppm of peat in their day-to-day, so it’s no surprise this highball claims to be quite smoky.

Sadly, it reportedly contains no post-renovation new make, being a blend of imports and pre-renovation malt. The can also indicates it’s been made at Maruzen, rather than the Saburomaru Distillery itself. Like most craft drinks, this one comes at a premium: It’s over double the cost of a canned highball from one of the majors. Easy to be apprehensive about this, given we’re essentially paying extra to drink (mostly) imported young whisky out of a can with soda. But whatever, welcome to “Japanese” craft whisky in 2019!

Then there’s the “Nikka Black Highball Kaoru Yoru,” roughly translating to “highball-aroma night.” Still officially sold only in Hokkaido, it’s not even attempting the same thing as the Harry Cranes highball. Nikka is telling us it’s been specifically crafted to provide a relaxing experience at night, with light sweetness of vanilla. So, perhaps it’s best consumed just before heading to bed.

At the end of the day they’re both canned both highballs, so as always, let’s drink instead of overthink. Both served over ice in Collins glasses.

Nose: Smoke and plastic tubing, is this mezcal or what

Palate: The dry sharpness of soda brings out a raw and untamed Islay character, and a bit of acidity. Don’t look for any fruitiness here, it’s all malt and smoke. The carbonation is strong enough to continue bubbling on the tongue, reminding me of Pop Rocks.

There’s really no aging apparent but I’ll have to give Wakatsuru Saburomaru credit for creating one of the more ambitious canned highballs to date. Overall there isn’t a lot going on, but the peat comes through nicely; I’d guess 30-40ppm. Easily recommended to Islay drinkers in the room, or any Scotch drinker, that wants to step away from the regular canned highball noise. Wakatsuru Saburomaru has accomplished their mission.

Palate: Cherries, peach, and pear, Light, with a slight tint of vanilla. Carbonation seems weak compared to the Harry Cranes, it rolls around nice and smooth.

I’d say that Nikka has also accomplished their goal here, giving us a highball that’s mellow, fruity, and without much of the carbonation that sometimes surprises your intestines. It’s almost a little bit too tame though.

Either one knocks the socks off the crappy canned highballs we normally drink. The choice between the two comes down to what kind of highball you like. Smoky, young, bright, and intense? Or fruity, mellow, Netflix & chill? I know my answer, but what’s yours? 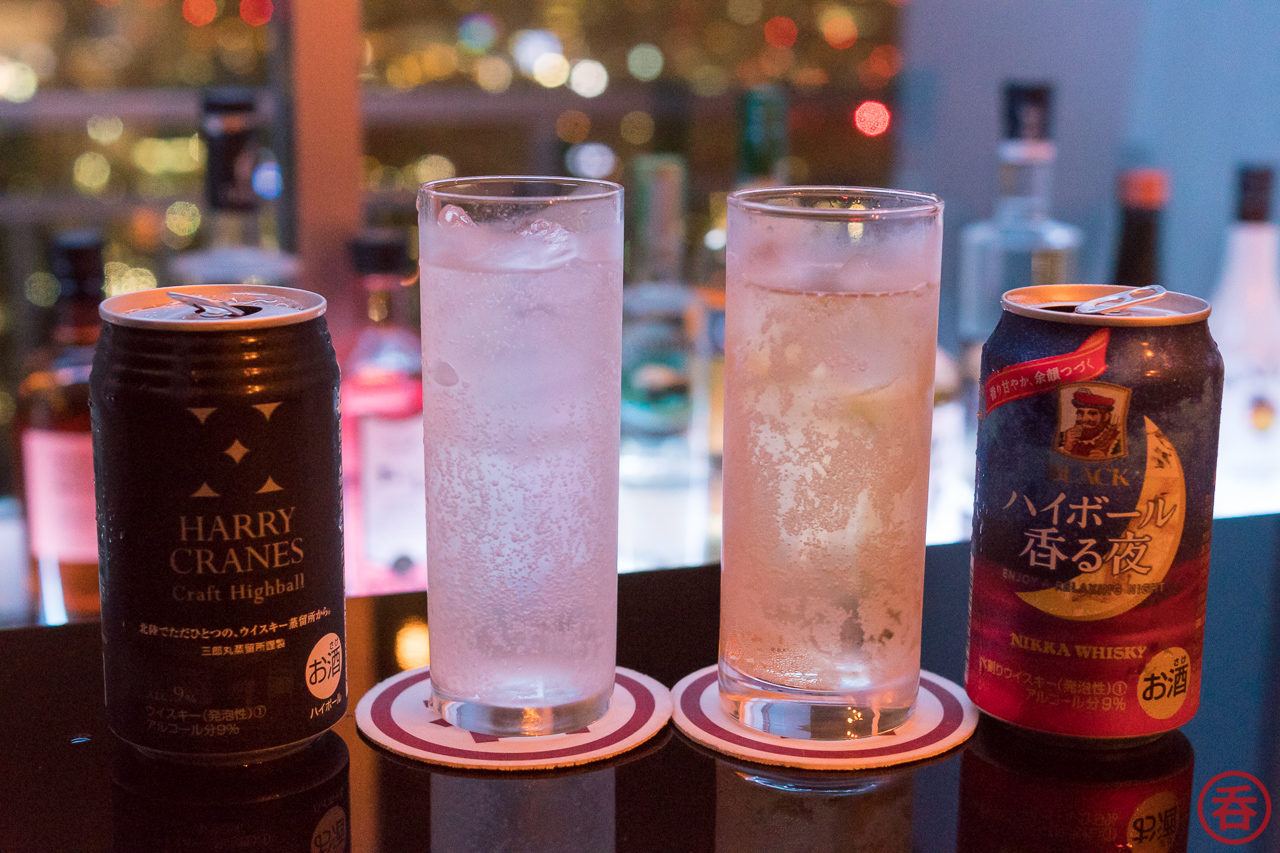