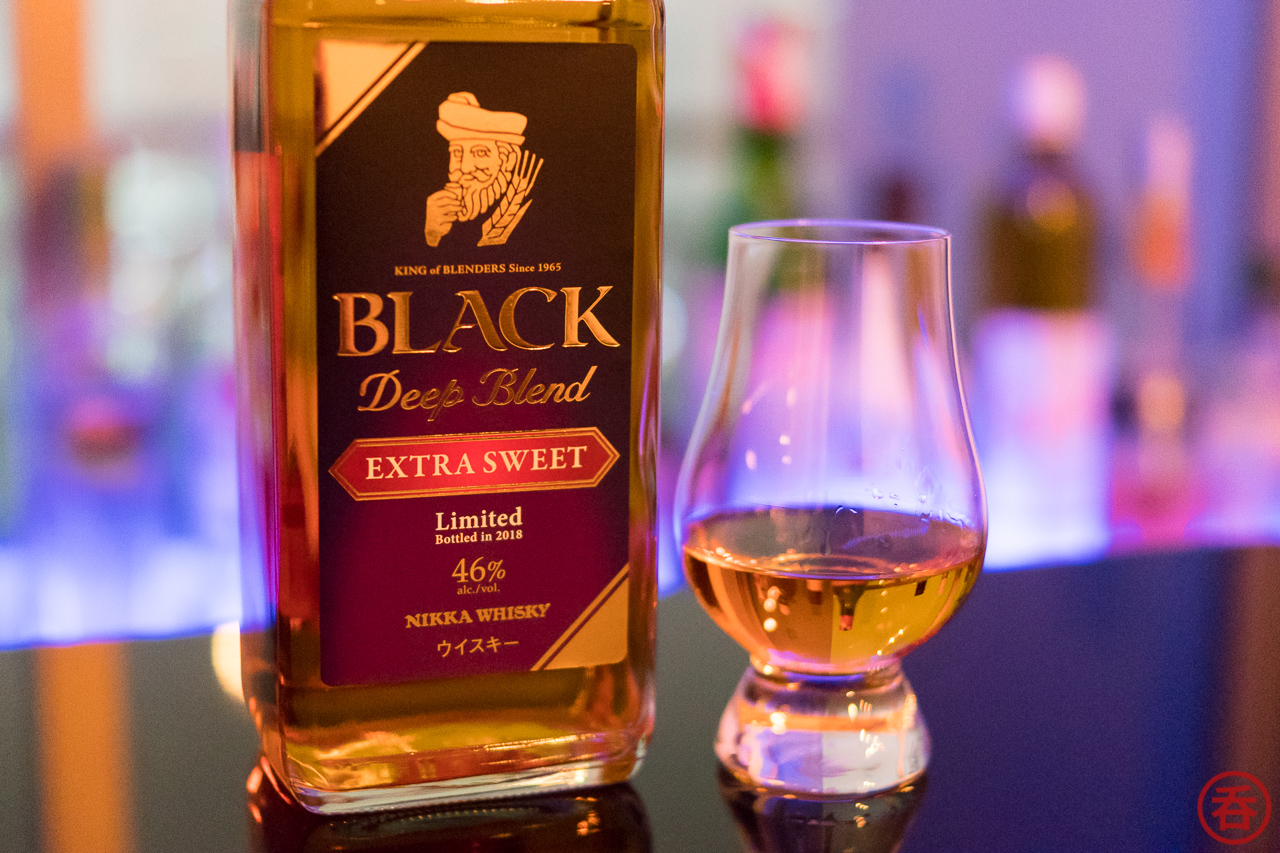 With dwindling stocks leading to a shortage of age-statement releases, Nikka has had to get creative. Over the past couple years this has manifested itself in an onslaught of limited-edition releases of Nikka’s lower tier whiskies. See my recent reviews of Nikka Black Aromatic and Nikka Black Rich Blend Extra Sherry for more on those recent releases.

This time around Nikka is giving Nikka Black Deep Blend the limited edition treatment, in the form of Nikka Black Deep Blend Extra Sweet. Now when I first learned about this release I said that “extra sweet generally isn’t something I look for in a whisky.” But Japanese-language reviews have been fairly positive, and at only 2000 yen, I couldn’t really pass this one up. In fact, through some kind of mix-up, I ended up with two bottles. Let’s give it a try.

Nose: Orange marmalade spread on a piece of warm honey toast in the morning. Okay, this is actually making me hungry. There’s a tiny bit of oak hiding in the background too.

Palate: 46% isn’t so common for a Nikka, but I wouldn’t have guessed that had it not been written on the bottle. Compared to the nose the sweetness certainly isn’t in the palate, though the mouthfeel is noticeably thick and gives away the youth. While it’s very bittersweet grain-forward, there’s a hint of vanilla milkiness and smoke as well. Extra sweet: not really.

Finish: Probably my favorite part of this release, as there’s more depth here. The peat comes out quite a bit more, and reveals some nice dry woodiness towards the end. This is actually starting to taste like a whisky…