This year’s Tokyo Whisky Festival, officially named “Whisky Festival 2018 in Tokyo,” is being held over two days for the first time in its history.

It’s one of the larger whisky events, and this year marks the 11th year. The first time it was held in 2007, there were around 400 attendees. 2017’s edition had 4900 attendees. So the scale of the event has certainly increased over the years, alongside the resurgence of whisky itself in Japan.

The venue this year is once again Takadanobaba’s BelleSalle, and it runs from 11AM to 6PM both days. It’s one of the year’s most “competitive” events in terms of limited edition bottlings, so if this is what you’re after, be sure to show up as early as possible. Or even the night before!

Advance tickets are currently available, 4500 yen for 1-day or 8000 yen for 2-days. They’re slightly cheaper if you’re a Japan Whisky Research Centre member. Alternatively, you can get a ticket on the day for 5000 yen.

The booth lineup is looking pretty amazing this year, with over 80 companies in attendance. Notably, there’s representation from Nagahama Distillery, Kanosuke Distillery, Wakatsuru Saburomaru Distillery, Shizuoka Distillery, Akkeshi Distillery, Asaka Distillery, Benizakura Distillery, and other names that I’ve added to the Japan Distillery Map in recent months. So if you count yourself a fan of Japanese craft whisky and spirits, this year’s festival should be an especially good opportunity to see how things are coming along at these distilleries.

This year’s seminar schedule has also just been announced. Now that the event is two days long, there’s a total of 15 different seminars.

There’s an awful lot to get excited about there, but I’d especially like to highlight Mamoru Tsuchiya’s seminar on Sunday. For those that don’t know the name, Tsuchiya-san is a big name in the Japanese whisky world, as he is the founder of the Japan Whisky Research Centre. That’s the organizer of this whisky festival. He’s already revealed the bottle list for his seminar on his personal blog: a Highland Park 12 from 1998, Isle of Arran 1995, Bowmore 1973, Glen Grant 1954, and Highland Park 1958.

Tickets for all seminars go on sale on September 25 at 12PM JST at the festival website. Each seminar is 3500 yen, except for the above-mentioned 30 year seminar at 6500 yen. Seats fill up very quickly, so if there’s a seminar that interests you, be sure to be online at the time and ready to buy quickly. Don’t expect to be able to show up to a seminar and get a seat!

If you want to get a better idea of what the Whisky Festival in Tokyo is all about, check out my event report from last year’s festival. Hopefully I’ll see you there! 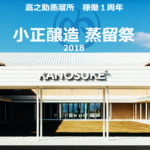 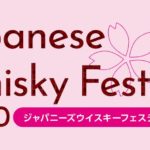