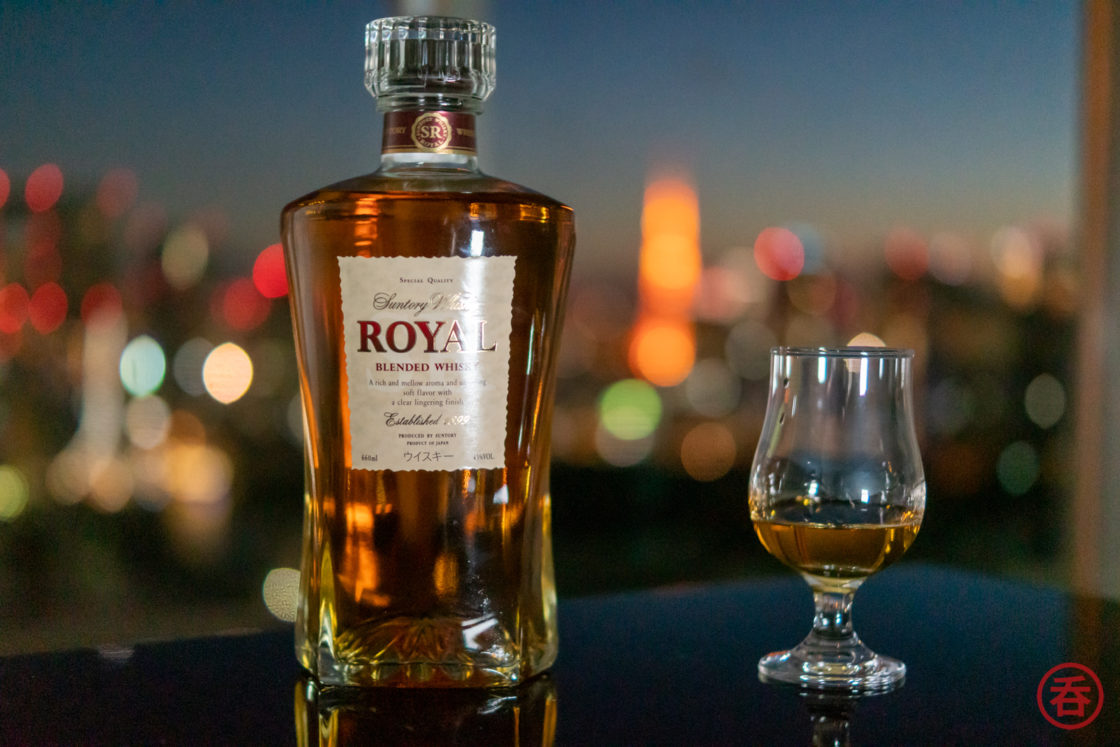 In part one of this three-part series, we’re revisiting classic bottles from days of yore that are, surprisingly, compliant with the newly announced JSMLA standard for Japanese whisky. Importantly, they are also affordable and easy to find in Japan. Our first stop: Suntory Royal, a blended whisky born in 1960.

Suntory Royal was created to celebrate the 60th anniversary of the company, and it’s the last blend created by first-generation Master Blender and company founder Shinjiro Torii.

If you have a look at the Japanese Whisky Timeline, you’ll notice that while Yamazaki was around, 1960 predates the establishment of both Hakushu and Chita. Where, then, did Suntory make grain whisky to put into Suntory Royal? The answer prior to 1947 is the Osaka Factory, which these days makes gin and liqueur. From 1947 until as recently as 1996, they distilled grain whisky at their Usuki Factory in Oita.

In the six decades since its first release, Suntory Royal has thus seen its source of grain whisky change, and Hakushu was added to the blend after it opened. The bottle also saw premium editions and age statements come and go in the late 90s to early 2000s. In its heyday, long before Hibiki was around, Suntory Royal was the company’s premium blended whisky for elites probably enjoying Ginza’s bubble-era nightlife.

Let’s talk about bottle design for a minute. My picture for this review is of the “Slim” bottle. But Royal is probably better known as being in the bottle you see here, designed to resemble the kanji 酉 (tori), a container for sake (酒). Royal also still gets yearly ceramic bottles following the Chinese zodiac, and it’s been through a few rounds already.

When it comes to blended whiskies from Suntory, Hibiki is obviously the world-famous one that everyone thinks of. But good luck finding even NAS Hibiki sold at MSRP these days. Meanwhile, Suntory Royal has been right under our noses for over 60 years, reminding us that whisky isn’t going anywhere.

Nose: Sugary, milky, dried citrus, and a smidgen of leather cigar case. The abv comes through loud and clear.

Palate: Light as air. If it weren’t for the nose, this is the kind of bottle you don’t even realize you’ve finished half of it in one sitting. Those dried fruits show up, this time with some darker, woody raisin in the mix. Some bitter coffee and chocolate in the background.

Finish: Is that… smoke? Yes it is. Not much but it’s there if you go looking for it. That chocolate coffee sticks around too.

At this price point it’s tempting to compare Suntory Royal to Nikka FTB, but guess what, Nikka FTB isn’t JSLMA-approved Japanese whisky! And since the “secret” of Nikka FTB got out, it’s not easy to find these days anyway.

If you’re the kind of person that wants to take a bonafide Japanese whisky to a party, but you don’t want to hit up your own stash, Suntory Royal just might be the answer you’ve been looking for.