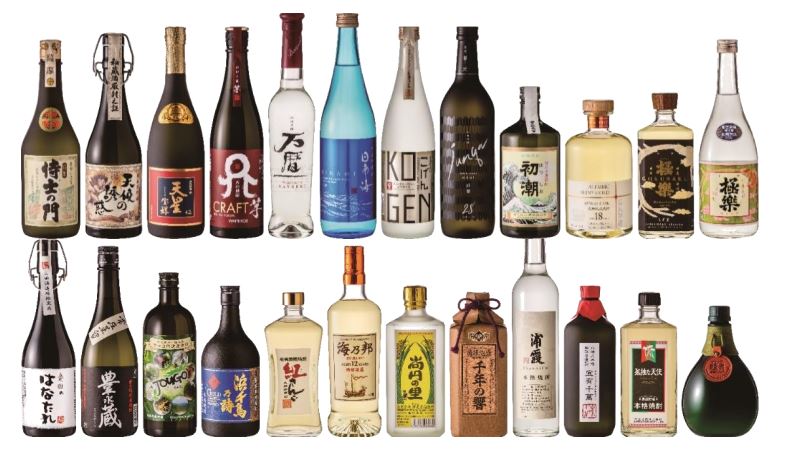 Following last week’s announcement of the results of the Western Spirits Division, today the Shochu Division results are in. Details below!

Shochu! Japan’s beloved native spirit. It’s on the precipice of becoming popular outside of Japan, one would hope.

This year saw 281 entries in the Shochu Division, which is an increase of 26 bottles over last year. There was an increase in the number of bottles in barley and rice shochus, but decreases in kokuto and awamori.

While there are of course lots of familiar names in the Superior Gold winners, I think the big story is, again, kokuto shochu. We’ve covered this category extensively here at nomunication.jp in the past, but it once again performed exceptionally well when compared to other kinds of shochus. In fact, despite a decrease in the number of entries in kokuto shochu–12 entries this year–3 entries (25%!) got Superior Gold. For sweet potato or barley shochu, 6% of the entries were awarded Superior Gold. In fact, a whopping 75% of the kokuto shochu entries got either Superior Gold or Gold.

These results are reinforcing my opinion that new shochu drinkers outside of Japan should perhaps start with kokuto shochu rather than barley or potato. Get on it!

Entry and winner breakdown by category and ABV