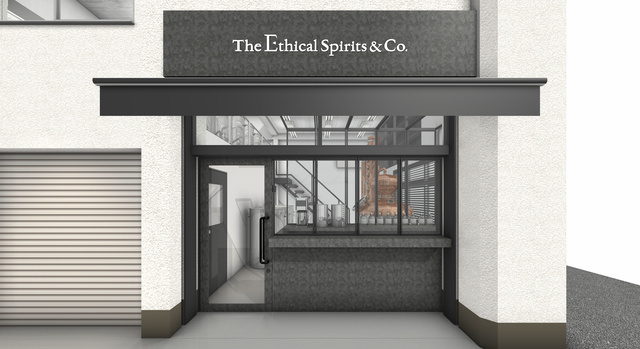 Crowdfunding launches for Tokyo Riverside Distillery, for gin and whisky(?)

Ethical Spirits & Co. has launched a new crowdfunding campaign on Makuake, looking to establish a gin and whisky distillery in Kuramae, an area known as “the Brooklyn of Tokyo.”

We touched briefly on Ethical Spirits’ first product a while back. Their gin focuses on being sustainable, using sake lees to create the base spirit. Since then they have also teamed up with ABInBev and Gekkeikan to make gin from leftover Budweiser. Sounds familiar.

Anyway, it looks like they now want to in-house the distillation of their gin. In Tokyo, no less.

Kuramae is historically the site of Japan’s first banks, named as such because back in the days of the Tokugawa shogunate, “kura” (warehouses) located there issued certificates for claims to the rice stored inside. Japan’s first currency, in other words.

These days Kuramae is sometimes called the “Brooklyn of Tokyo.” I haven’t spent a shitload of time in Brooklyn, but I can see some parallels: the waterfront, the arts & crafts scenes, cafes, repurposing historic buildings, their places in financial history. But really it’s the unassuming, non-glitzy character of the area compared to nearby neighborhoods.

Ethical Spirits & Co has already blown past their goal of 3 million yen. As of this writing they are up to 5.24 million. Rewards include bottles of the aforementioned Budweiser-based gin, bottles of LAST, and bottles of the first spirit from Tokyo Riverside Distillery once it’s ready. There’s even a “make-you-own-gin brand” option for corporations, priced at 1.8 million yen.

Based on the pics on the page, it looks like renovation of the 50-year-old building is already underway. They plan to harvest some of the botanicals used in the gin from plants grown on the terrace and roof of the building.

So yeah, the crowdfunding post says that they want to create a gin distillery, which is cool and all. It wouldn’t be Tokyo’s first, but we could definitely use some more.

But the post also says that they want to later start distilling whisky. What? In Kuramae?? I don’t have any details of their specific plans, but I suspect their dreams could be crushed once they realize that making a whisky distillery requires a huge pile of money, much more space, at least(?) a decade of maturation, and uhh you certainly don’t start with sake lees. Perhaps they have something up their sleeve though.