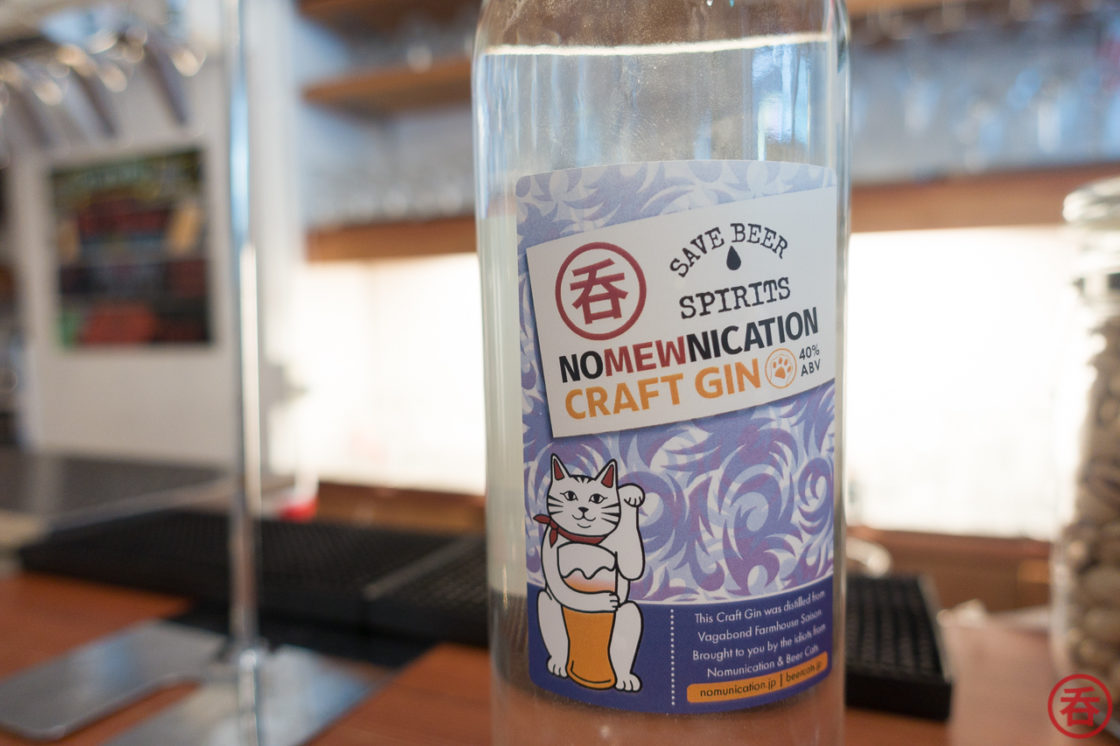 What happens when you have hundreds of liters of fresh beer that won’t keep long, but not enough people to drink it?

Sure that’s the normal answer. But what about when you aren’t living in a college movie, and the entire country is in lockdown due to coronavirus?

You let the beer ascend to its higher plane of existence.

Kiuchi Shuzo–of Hitachino Brewing Tokyo Distillery fame–announced the “Save Beer Spirits” project earlier this year. The idea was that lots of bars, restaurants, and breweries in Japan had plenty of untapped draft beer kegs sitting around, but not enough customers to drink it. Send your beer kegs to Kiuchi Shuzo, they’ll turn it into gin (not whisky — too complicated), and send it back to you.

It might sound like a charity, but Kiuchi Shuzo is able to fund the project via a tax refund on the volume of beer coming in versus the volume of gin going out the door.

I reached out Todd at Beer Cats to ask if he had any spare beer sitting around.

A few phone calls, emails, kegs, botanicals, dickbutts, and months later, Nomewnication Craft Gin is now a reality. It weighs in at 40% abv in its 750ml bottle form, with juniper berry, sansho, mandarin, lemon, and hops in the basket. For the base we are using Vagabond Brewing‘s Farmhouse Saison, so this definitely isn’t your standard Japanese craft gin. Nomewnication Craft Gin was distilled at Kiuchi Shuzo’s fresh new Yasato Distillery and downtown Tokyo’s first distillerypub, Tokyo Distillery.

Nose: Thick citrus. Juniper grapples with hops to decide who the real boss is. Joke’s on both of them though, because In the end, it’s the lemongrass that wins.

Palate: You were expecting juniper or yuzu or something? Think again. Sansho and hops bring a particular funk that’s only further enhanced with hoppy tea leaves.

Finish: Lemon returns with a vengeance.

Particularly in the US, distillation has historically been employed as a way to “save” leftover grain from certain doom. If you’re a farmer with tons of leftover corn, barley, rye or whatever that is about to go bad, distilling presents one option to preserve some of the character–and calories–of the original crops. “Farmhouse Saison” is an appropriate name for a beer that has evolved into spirits.

If you’d like to get your hands on a bottle of Nomewnication Craft Gin… too bad, because we aren’t selling it in bottles.

In keeping with the spirit of revival for Tokyo’s bar scene, Nomewnication Craft Gin will only be sold in single servings at two places: Titans Craft Beer Taproom & Bottle Shop in Otsuka, or Aloha Whisky in Ikebukuro. Stay safe and head to either one of those bars to give this very unique Japanese craft gin a taste!