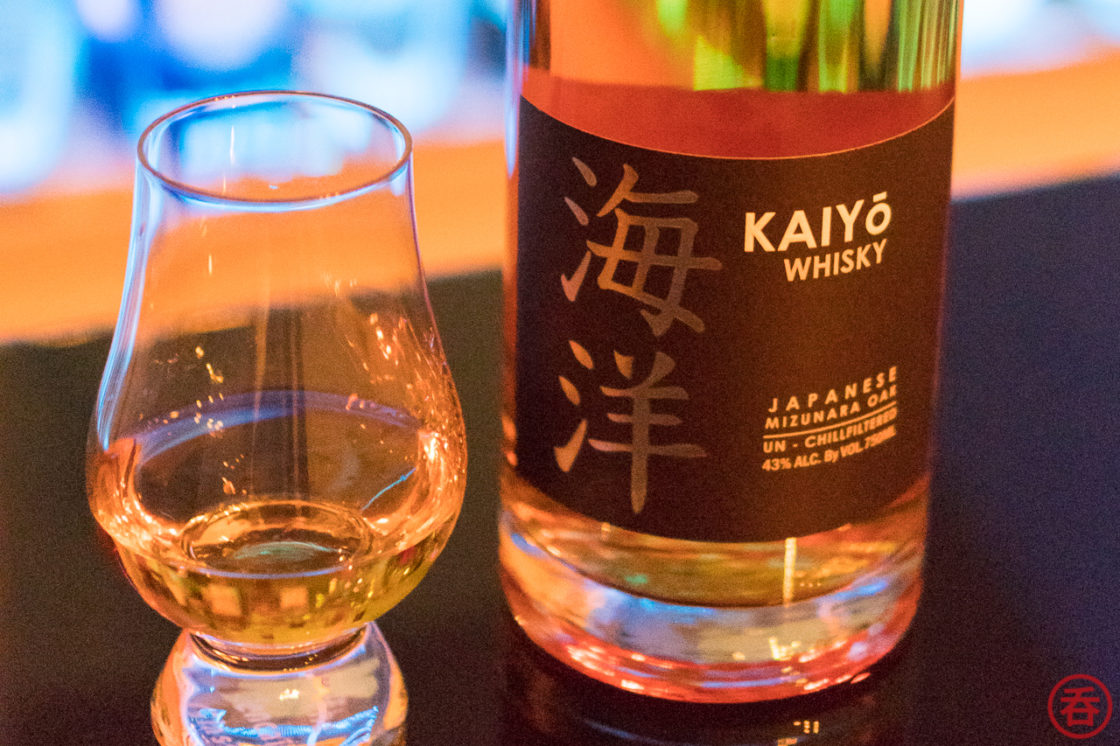 After Alligator Char brought me back some bottles of Kaiyō Whisky from the US, I've dug deeper and deeper to find out exactly what's going on with this stuff. Ultimately, I wanted to answer one simple question: just what is Kaiyō Whisky, really?

Many of you have asked me similar questions. Is it Japanese, is it worth the price, where is the whisky from?

The bottle labels unfortunately answer almost none of those questions. There are no age statements, no information about where the liquid was distilled, and you won't even find the words "Japanese whisky" anywhere on the bottle. Instead, it reads only "Japanese Mizunara Oak," presumably a reference to the wood of the cask it was aged in. It's shown to be Produced by KAIYO Trg Ltd, a company based in Hong Kong... not even Japan. The official website doesn't provide more technical detail either.

Kaiyō Whisky, according to Google

First I turned to the rest of the internet for answers. There's a detailed explanation of Kaiyō Whisky over at K&L Spirits Journal, but to summarize, some unnamed Japanese distillery sells casks of their whisky which have been teaspooned, meaning they contain a very small amount of whisky not from that same distillery. At that point, it ceases to be a "Yoichi" or whatever single malt, preventing the buyer from calling it as such. Kaiyō Whisky is then partially aged in Ariake-made Mizunara oak casks on a ship in international waters (海洋 is Japanese for ocean). DrinkHacker also provides a couple other nuggets of info.

Or so the lore goes. While it may be distilled in Japan, it's not aged entirely in Japan, so they deliberately aren't calling it Japanese whisky. Thus, we shouldn't either.

NAh. That can't be the full story.

I don't know about you, but I still had lots of unanswered questions. How come "Mr. Watanabe" never gets a first name? Which Japanese whisky distillery has capacity to spare these days? Why is the company's address in Osaka that of a virtual office? Why is there no trademark for the name 海洋 filed here in Japan? How come nobody in the Japanese-language Japanese whisky blogosphere has touched this stuff yet?

And the whole Mr. Watanabe being "ex-Asahi." What exactly does that mean? Hard to take that one at face value. Because frankly, it could mean a lot of different things:

Alligator Char managed to track down Mr. Watanabe. He does actually exist. I obviously won't link it here, but he's out there if you look around.

The rabbit hole goes even deeper. Kaiyō Whisky looks to be part of a complex network of shell corporations. The kind of thing many people associate with tax evasion or avoidance. 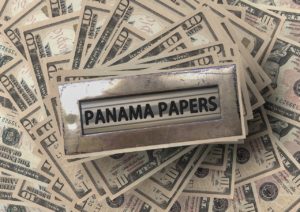 ...okay, what's going on here? Seriously, the damn Panama Papers? To be fair, offshore corporations do have legitimate uses, and the comparative simplicity of establishing a corporation in Delaware is quite attractive.

Anyway, none of that tells us what Kaiyō Whisky really is.

That potentially could have been an article in of itself. But I don't want to just raise more questions about Kaiyō. There are already enough of those out there. I want to provide answers.

So I REACHED OUT TO them.

After all, this is a business selling whisky, not some shady global crime syndicate. Can't hurt to just ask. I dropped the Kaiyō Whisky team an email via the contact page on their site.

And I received a response from Jeffrey Karlovitch. He wanted to have a call.

Keeper of the Quaich Jeffrey Karlovitch has been involved with whisky for several decades. He's famously known for being the Master Blender and CEO of the Americas for the Lost Distillery Company, which set out to use modern whiskies to recreate the flavors of Scotland's lost distilleries prior to shuttering. This requires extensive research, analysis, experimentation, and of course blending. More details on the exact process are available at their website.

Jeffrey has been blending for a long time. Some 15 years ago he expected that Japanese whisky would soon become more popular. Here in Japan, he has worked with both Akashi's White Oak Distillery and the Chichibu Distillery on their blends.

The Kaiyō Whisky project started around 12 years ago. It was born out of a team involved with the Hennessey side of LVMH, and specifically Eric Horowitz of Kelt, a brand of Cognac also matured at sea.

That said, the Kaiyō team discovered that even years ago, Japanese distilleries were unwilling to sell them aged stock. This put them in a bit of a predicament: how could they launch the brand without properly aged whiskies?

The answer is they didn't. They decided to wait it out and age the whisky properly. Kaiyō Whisky is reportedly very well-funded, having the backing of one of the richest people in the world. This could, perhaps, explain all of those shell corporations I discovered! That financial situation enabled the Kaiyō Whisky team to avoid one of the biggest business-related issues faced by whisky makers throughout the world -- how do you make money while your whisky is aging?

So Kaiyō Whisky found themselves purchasing non-aged Japanese whisky, then aging it themselves. 3 years on land. It's then blended together prior to heading out to sea.

Jeffrey was skeptical of the concept of ocean aging at first, thinking it was "BS." However, he's since become quite a convert. The ocean aging process leaves whiskies significantly richer and rounder, per his assessment.

But he's not completely blinded by the process. If 20 casks go out to sea, around 13 of them come back good -- "some of the best ever," he says. That leaves the team with 7 casks that need something extra. These casks require some extra work, meaning spending time in other casks again, and become components in Kaiyō's blending process.

Jeffrey has spent plenty of time with Mizunara oak. It's a hassle to work with, but worth the trouble. Mizunara is famous for bringing along spicy Asian incense notes like spicy sandalwood and aloe.

Kaiyō's Mizunara casks are all new. Ariake Sangyo is Japan's only independent cooperage. As we saw with Tarusky, the cooperage also appears to be branching out into actually making spirits aged in their own barrels. 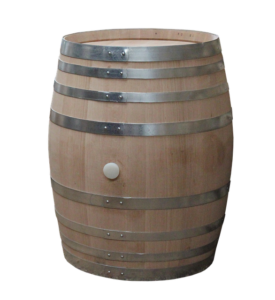 Kaiyō is "probably Ariake's biggest customer," according to Jeffrey. He considers them to be the best cooperage in the world, with an unmatched attention to detail yielding high quality casks every time.

Apart from Mizunara, the Kaiyō team also uses ex-Bourbon casks from Heaven Hill, Buffalo Trace, and Four Roses (unrinsed!). There are also sherry casks, which we'll get to at a later date -- a recent release is dubbed "KAIYō The SHERI."

I asked Jeffrey if we would ever see Kaiyō sold domestically here in Japan, and it seems that things are already in the works to make this happen. The company will be partnering with Ariake Sangyo for a domestic launch. It's been in the works for quite some time as they want to be sure they are completely prepared and it's done properly.

not all lollipops and rainbows

As many nomunication.jp readers are aware, Japanese whisky is in a predicament. Distilleries simply weren't prepared for the global demand that's out there today, and have been scrambling to increase capacity.

This, to me, was probably the biggest question I had about Kaiyō Whisky. How do they, in this day and age, source whisky distilled in Japan? I mean, perhaps years ago, the team could use industry connections to get unaged whisky from a place like Chichibu or White Oak--Chichibu does an absurd number of private casks after all. But today? Seems impossible.

Indeed, Kaiyō Whisky is now feeling the squeeze. While they were able to obtain a large lot about six months ago, the expectation is that this is not something they can rely on to continue to build the brand.

That's why the team is currently working to build a distillery here in Japan. Barring a press release by the company itself, it's not often that we hear about distilleries before they come through Japan's tax office. But like last time, again we got the inside scoop.

They are at the moment considering two sites: one near Osaka and one near Ariake Sangyo in Kyoto. We should know within the next month or so which site has been chosen. The expectation is they'll be using Forsyths stills.

Departing from Kaiyō Whisky itself, Jeffrey and I also discussed the legal definition of Japanese whisky. After all, it's been a hot topic of late.

Just like many of us, he wants more transparency in Japanese whisky as a category. Importantly, this needs to happen with more specific regulations and laws. And it needs to happen sooner rather than later.

It needs to happen tomorrow to protect the integrity. Or else, he says, Japanese whisky risks losing its mystique.

I’m Whiskey Richard, and I am the founder of nomunication.jp. I’ve lived in Tokyo for over a decade, and I am a certified Shochu Kikisake-shi/Shochu Sommelier (焼酎唎酒師), Cocktail Professor (カクテル検定１級), and I hold Whisky Kentei Level 3 (ウイスキー検定３級). Click here for more details about me and this site. Kampai!