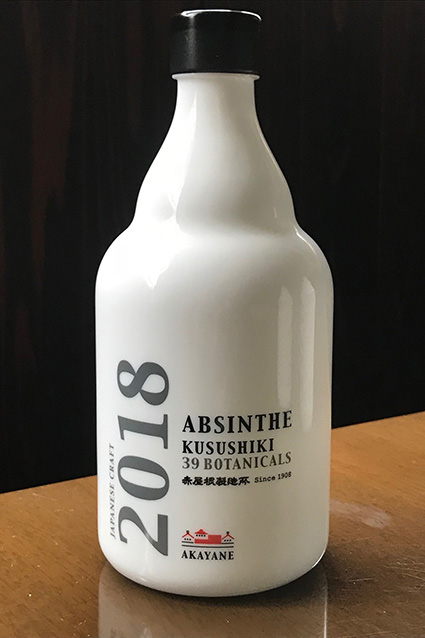 The next Japanese absinthe: Kusushiki

The folks at down in Sata Souji’s Akayane Distillery must be quite busy, since hot on the heels of their latest gin, they’ve now announced they have an absinthe coming as well. Slated to launch mid-October, “Kusushiki” uses no less than 39 different botanicals. They haven’t given specifics beyond the common wormwood and star anise base, but they instead provided us with categories: herbs, spices, fruit, and vegetables.

Sata Souji says that they’ve “failed” many times in the past with wormwood. So for this absinthe, they’ve grown their own–using no fertilizer or pesticides–in the farm of the distillery. The bottle is ceramic rather than glass, in order to reduce any stress to the liquid caused by UV rays.

With absinthe’s roots in medicine, and plenty of rumor about hallucinations, they decided to name it “Kusushiki.” It’s the root word of the modern Japanese word for medicine, kusuri, and kusushiki also means “mysterious.”

While I can’t guarantee anything mysterious will occur, you can only get your hands on one of the 1500 bottles of Kusushiki from Sata Souji’s webstore. It’s 5184 yen including tax, 50% abv, and 500ml. 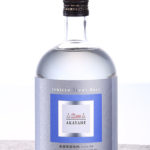 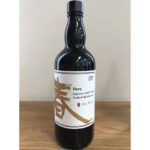 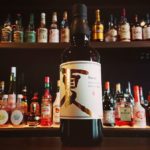