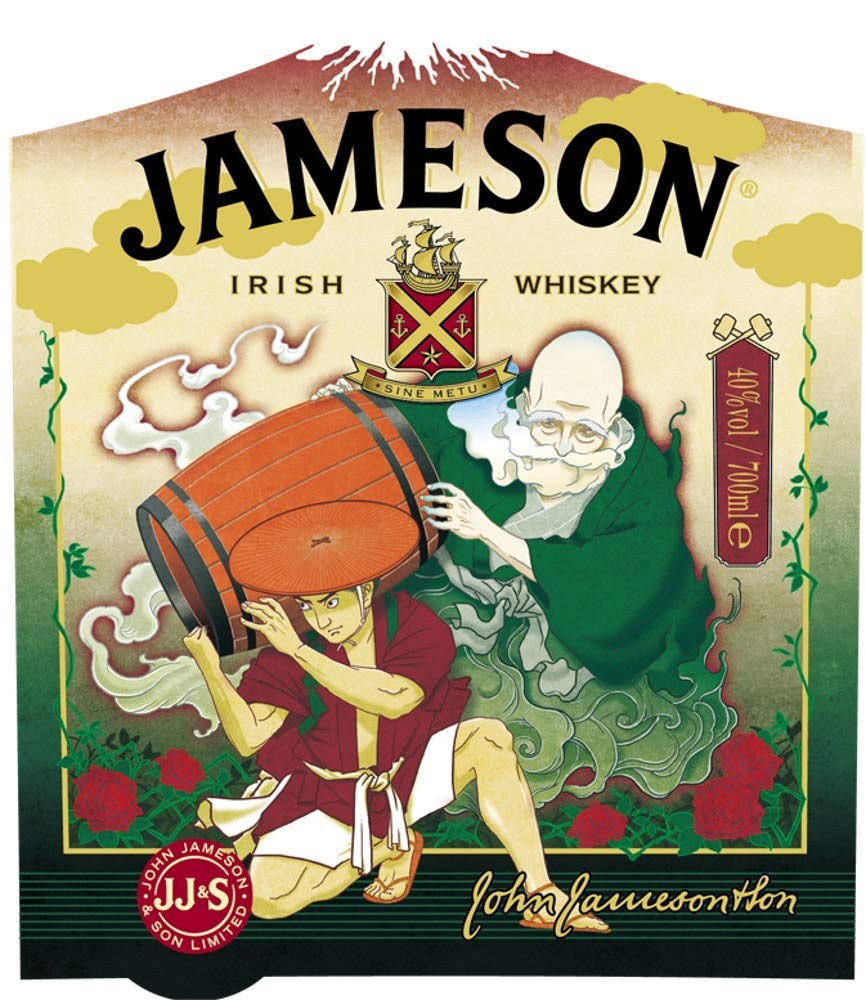 Jameson, the everyman’s Irish whiskey, has teamed up with Japanese artist Yu Suda to produce a special edition called the “Jameson Japan Limited Bottle.” The contents are the same Jameson that everyone has come to know and (maybe) love. But the label itself has been Japan-ified, featuring a dude carrying a cask while rocking an ichimonji gasa, a hat traditionally worn by bushi when traveling or on business with the daimyo. For those in the market, it’s currently available for pre-order on Amazon Japan for 1966 yen.