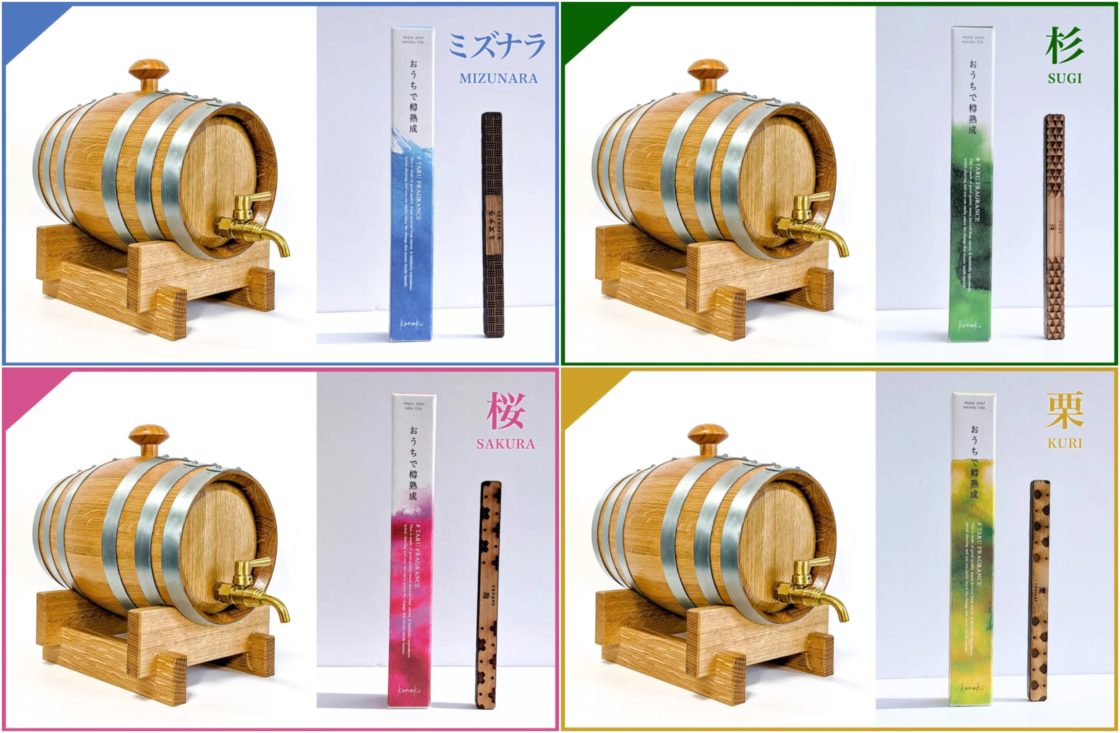 If you've ever wanted to own your very own mini barrel made from Japanese wood, you'll soon have the chance. A company called konoki is teaming up with Japan's only independent cooperage, Ariake Sangyo, to sell both 4L mini barrels and whisky sticks made from Japanese mizunara, chestnut, cherry, and cedar wood.

Mini barrels are extremely common in the US, with several companies offering them in sizes as small as 1 liter. Their popularity exploded with the rise of barrel-aged cocktails at bars. Fans of spirits also got involved, and nowadays it's not uncommon to see shops or enthusiasts marrying their own blends in desktop-sized casks.

Here in Japan though, there's only one independent cooperage: Ariake Sangyo. What's more, you may not have heard of them because the company hasn't really been directly involved with consumers. Instead, their customers are distilleries across the globe that want to age their spirits in Japan's famed mizunara wood.

That's about to change. A company called konoki, which pursues new uses of Japan's many woodlands, has formed a partnership with Ariake Sangyo to offer mini casks made from Japanese wood like mizunara, chestnut, cherry, and cedar.

The casks will start at 59,000 yen, making them drastically more pricey than similar casks made outside of Japan. But it's unlikely you'll find anyone offering these woods for mini casks outside of Japan: Ariake Sangyo is one of the world's only cooperages that is able to work with them.

There's after-service offered as well. The company estimates that the casks will last around 30 years, and they're offering re-charring from around the 10 year mark.

If that's not in your budget, you might want to consider whisky sticks, which the company will be offering in the same wood choices. They start at 1,480 yen and can be used three times.

The new JSLMA standard for Japanese whisky allows maturation in any kind of wood. As I mentioned in my recent review of the chestnut-cask aged Osuzu Malt, it's likely we'll see many Japanese whiskies aged in less traditional casks in the future.

Sales of the casks and whisky sticks begin on August 5, 2021.