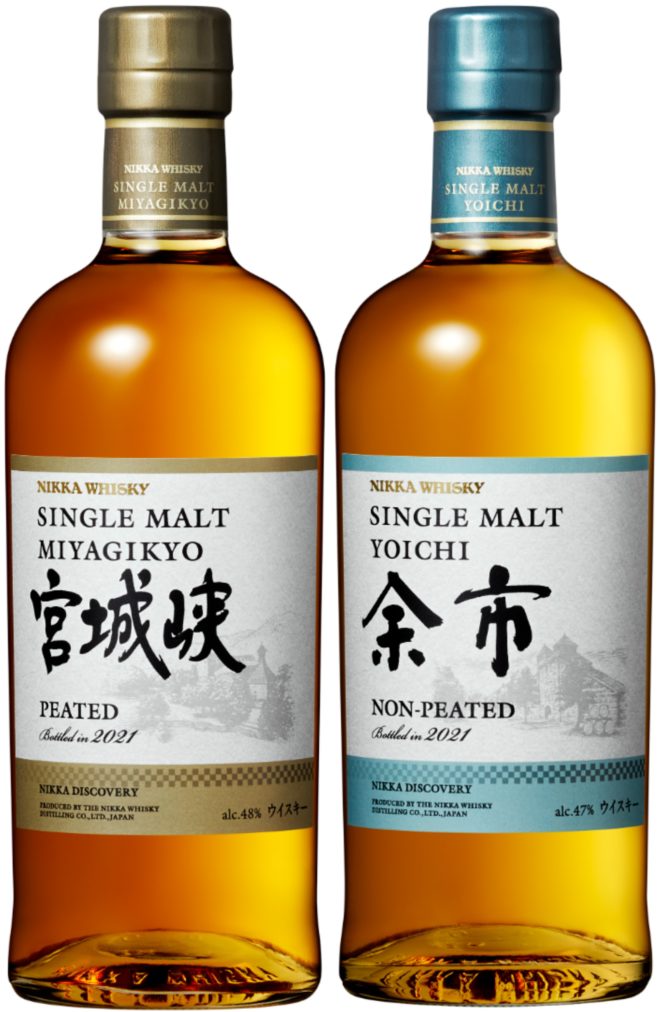 A month back we brought word of an upcoming series from Nikka dubbed Nikka Discovery. The company has now officially announced the bottles for the Japanese market. Let’s take a look.

Nikka celebrates the 90th anniversary of the company in 2024. The Nikka Discovery series shines a spotlight on what they’ve learned over the years in terms of raw ingredients, fermentation, distillation, and of course maturation.

The Nikka Discovery series, like the ESSENCE of SUNTORY WHISKY series, is targeted at the on-trade market. This means it’s unlikely to be found sitting on liquor store shelves, and you’ll instead need to head to bars to drink it.

Volume One of the series is below. They’re using clear glass for these bottles rather than the standard smoked glass, so you can get a better idea of the color.

Made entirely with non-peated malt, this bottle retains the coal direct-fire punch of Yoichi malt, but highlights the fruitiness and smooth sweet depth that is ordinarily hiding behind the peat. It features sweet and sour notes of pear, berries, and apple, as well as a firm maltiness. The finish is fruity and has elements of caramel that continue.

Retaining the elegant warmth of Miyagikyo malt, peat brings out a mellow sweetness and more solid body. Nikka says it has the sweetness of raisins and dry cherries, and a light yet firm peatiness.

Both of these drop on September 28, 2021 here in Japan. Head to your favorite bar to give them a try!

It’s also worth noting that the press release says these bottles are “2021’s products” so Volume Two may show up in 2022. 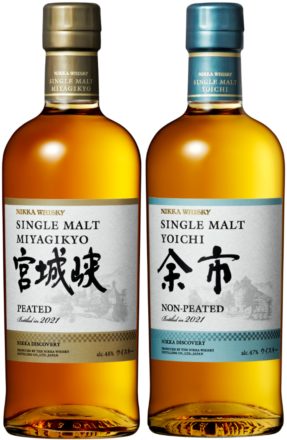 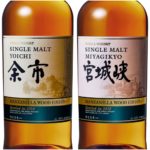 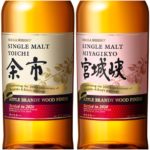