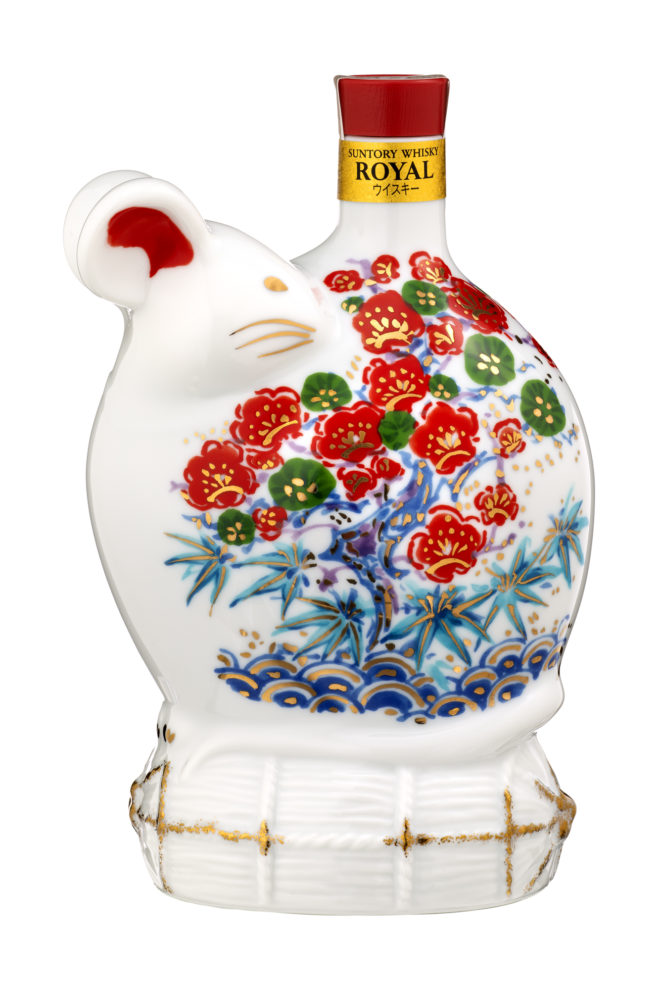 Suntory continues their tradition of yearly releases of zodiac-themed whisky bottles. 2020 is the Year of the Rat in the Chinese zodiac, so Suntory will be releasing Suntory Whisky Royal in a Year of the Rat ceramic bottle.

Legend has it that when the gods were trying to determine which animals to use to represent each of the twelve years of the Chinese zodiac, the gods decided to simply use the animals in the order that they showed up to the party.

The ox, being slow, was the first to leave home and thus arrived at the gods’ party first, dutifully waiting at the head of the line. However when the gates to the party opened, the rat — who had hitched a ride on the ox — jumped off the ox’s head and got in the gate first. It was also the rat who purposefully told the cat the wrong date for the party, which is why the cat isn’t a zodiac animal. And also why cats still chase rats to this day.