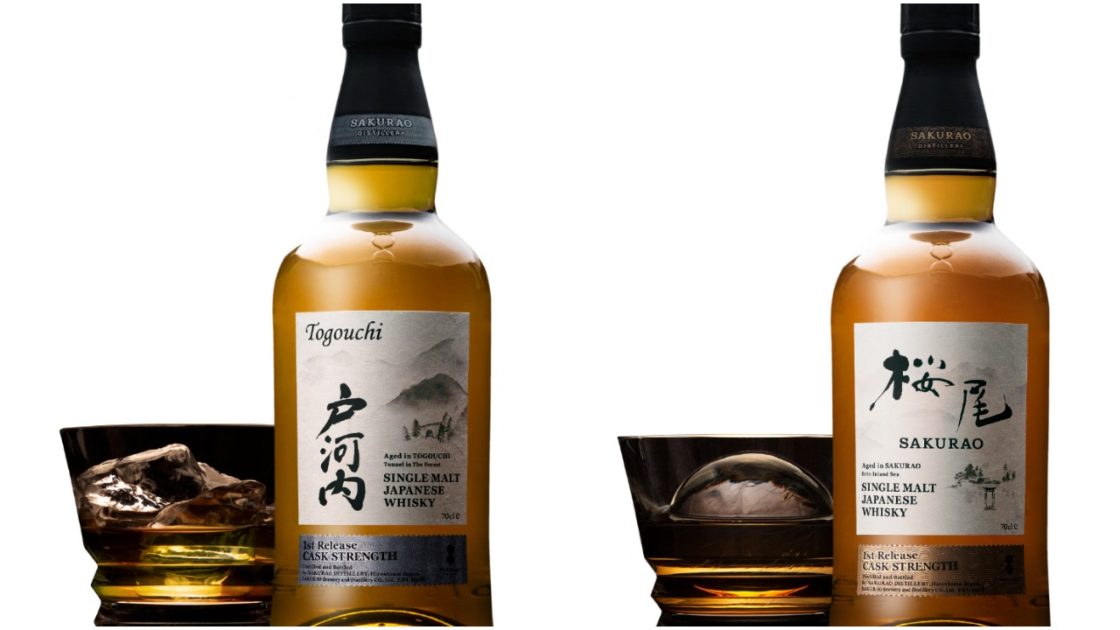 Nikkei has run an article detailing Togouchi maker Sakurao Brewery & Distillery’s plans to shift away from reliance on imported whisky for their whisky business. The company will instead focus on the manufacture and sale of single malt and blended whiskies distilled and matured in their own facilities. Let’s take a look.

Up until very recently, no standard or regulation existed that dictated what Japanese whisky could or couldn’t be. This meant that it was perfectly legal for companies to import bulk whisky from outside of Japan, bottle it here, then label it as Japanese whisky. Obviously that’s a big problem.

Recognizing the danger this practice poses to the ongoing success of Japanese whisky, the Japan Spirits & Liqueurs Makers Association (JSLMA) finally announced an industry-led self-enforced standard in February of this year. The standard isn’t without its problems, and it isn’t a law. But it’s a start.

Sakurao Brewery & Distillery, formerly known as Chugoku Jozo, is one such company that has a history of using imported whiskies in its products. The story goes that the early 1980s were tough on company, so they gave up producing their own whisky and began to import instead. Present-day Togouchi is thus a blend of stock from those days with imported whisky.

To their credit, they may not have been as flippant about using imported whisky as that other company, but they did label their Togouchi bottles “Japanese Blended Whisky.” That’s why I dubbed it “fake” on that big infographic.

Back in 2017, when the Sakurao Distillery was announced, I suggested that the company had ambitions to be more authentic. Authentic here simply meaning when they label something as Japanese whisky, it’s entirely distilled and matured in Japan.

Score one for genuine Japanese whisky, because they have now revealed that they plan to do exactly this. They’ve been working hard to repair their brand image: Sakurao Gin set out to establish the Sakurao name (and it’s good gin), they’re making both malt and grain whisky at the Sakurao Distillery, their first ever genuine Japanese single malt whiskies are due in less than a month, and the company’s name has even changed from Chugoku Jozo to “Sakurao Brewing & Distillery,”

Per Nikkei, the firm plans to invest a further 100 million yen into the distillery in August of this year. They plan to have all of their whiskies be fully compliant with the new JSLMA Japanese whisky standard.

Importantly, that’s true for both their single malts and blended whiskies: Sakurao Distillery is one of only a handful of Japanese craft whisky distilleries capable of making grain whisky right now. Their upcoming single malts are of course JSLMA-standard compliant, but because they’re also making grain whisky in-house, from summer 2023, they’ll also be able to ship blended Japanese whiskies that are JSLMA compliant.

It appears that shift is already happening, with the company looking for other ways to use that (imported) Togouchi whisky. Togouchi Coffee Liqueur was just released on June 1, which is a blend of Togouchi whisky and their self-made coffee liqueur.

If I was in charge at Sakurao B&D, I’d be feeling pretty smug right now. All of the expense and hand-wringing over the risk of creating a bonafide Japanese whisky distillery has–at least partially–been vindicated by the JSLMA’s new standard.

Time will tell if Japanese whisky fans feel the same way. Has the company’s decades of using imported whisky dug them into a tunnel too deep to escape from? Or will the public instead focus on the future A In and quality of their new whiskies?