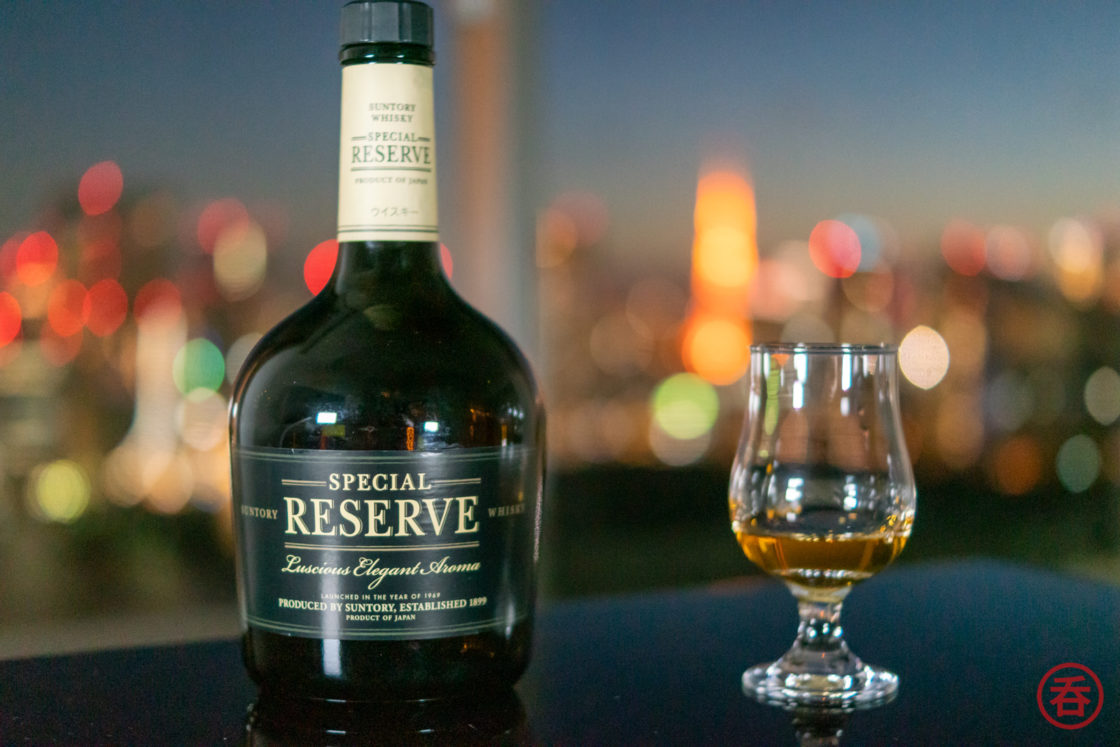 In part two of this three-part series, we're revisiting classic bottles from days of yore that are, surprisingly, compliant with the newly announced JSMLA standard for Japanese whisky. Importantly, they are also affordable and easy to find in Japan. Our second stop: Suntory Special Reserve, a blended whisky born in 1969.

In part one of this series, we drank Suntory Royal, the company's highest-grade blended whisky prior to the release of Hibiki.

A slight notch down from Suntory Royal is Suntory Special Reserve, another blended whisky. This one was born in 1969 to celebrate the company's 70th anniversary, being blended by second-generation company president Keizo Saji.

The timing of the release is important. Nikka's first Coffey Still went online at their Nishinomiya facility in 1963, enabling them to release the blended Hi Nikka in 1964. The second generation Black Nikka was also released in 1965. Both were successful for Nikka, so Suntory needed to respond.

The late 60s and early 70s were pivotal for Japanese whisky for several other reasons too:

Special Reserve helped the company shore up their reputation. Like Royal, its formula has evolved over the years, age statements have come and gone, and several limited editions have been produced. Secondary markets are loaded with such bottles, and compared to prices for other Japanese whiskies, they're relatively affordable.

These days, the company says the key malt of Suntory Special Reserve is Hakushu aged in white oak casks. There's Yamazaki in there too, of course. Let's see what we have.

Nose: Dried fruits, specifically prunes, dates, apricot, and berries. Lots more sherry going on here than with Royal. There's a hint of orange as well. Thicc and aromatic, it's actually quite nice. There's Yamazaki here too.

Palate: The nose was a bit better, but the orange sticks around and is joined by white pepper and some bitter chocolate. Sugary and oaky too, with excellent overall balance. There's not too much of anything here. Light and easy sipping.

Finish: Medium-length, lasting fruits, and a bit of oak bitterness.

This is one of only two bonafide Japanese whiskies that clocks in at under 2500 yen. It's not super duper complex, leaning heavily on those oak notes. And I could use a few more abv points. But overall it's a good blend and at the right price.