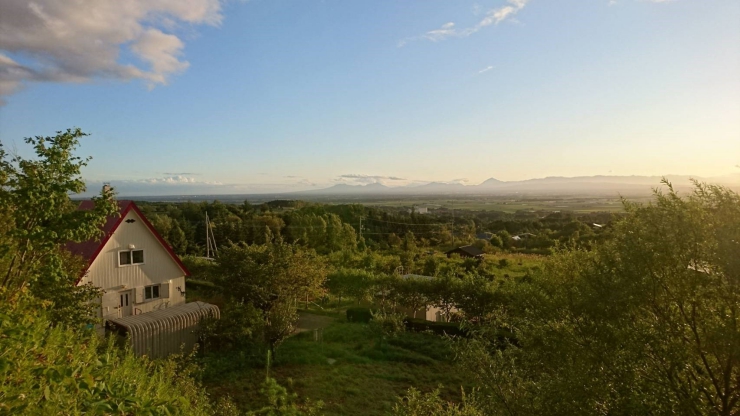 Another equity crowdfunding project has kicked off. This time it's by Hokkaido Liberty Wine, looking for people to invest in their new Maoi Distillery project. In addition to Japan's first-ever vermouth, they aim to make brandy.

Hokkaido Liberty Group also owns Hokkaido Liberty Wine, through which, in 2017, they acquired a winery about a 20 minute drive from New Chitose Airport. Now they have plans to add a brandy distillery, and they're looking to equity-based crowdfunding to make it happen. It's Hokkaido's second such project.

Like whisky, Old World brandy is usually matured. How long? The French say at least 2 years for a VS Cognac. Hokkaido Liberty Wine tells us that they won't release any brandy until the 5-year mark. That means no Maoi Brandy until around 2027.

Also like whisky, something needs to hold the distillery over (financially) while the brandy matures. The company wants to attempt something never done in Japan before: make Japanese vermouth. Even in the wider category, fortified wine, the only place I could find that's making any in Japan is the Mars Winery. Hokkaido Liberty Wine aims to release their Hokkaido-style vermouth during 2020.

For the cocktail scene, the addition of vermouth to the "made-in-Japan" repertoire is extremely important. It will allow us to make Japanese riffs of classics like the Manhattan (yes Japanese rye exists) and the Negroni. We can also make an entirely Japan-born version of the "King of Cocktails," the martini.

Of course, Hokkaido Liberty Wine themselves recognize this. Their business plan makes note of how their primary sales route for the brandy hinges on success of the Hokkaido Martini. It's a cocktail using Benizakura's 9148 gin and Maoi's vermouth.

Hopefully their vermouth is up to par in terms of quality. The vermouth renaissance is already in full swing outside of Japan. They definitely have an uphill battle ahead of them.

As we mentioned when the Benizakura Distillery kicked off, their license allows for the distillation of whisky--the company is even named "Hokkaido Liberty Whisky." While that isn't happening just yet, this latest crowdfunding project has some ramifications for the Japanese whisky industry.

That's because, apart from vermouth, making fortified wine in Japan enables those casks to get passed around in Japan. In whisky you'll find all kinds of ex-fortified wine casks agings. Japanese whisky is no exception!

It's not often that we see new Japanese brandy distilleries being born. If you're interested in being part of the future of the Maoi Distillery, head over to the crowdfunding page, and consider investing!