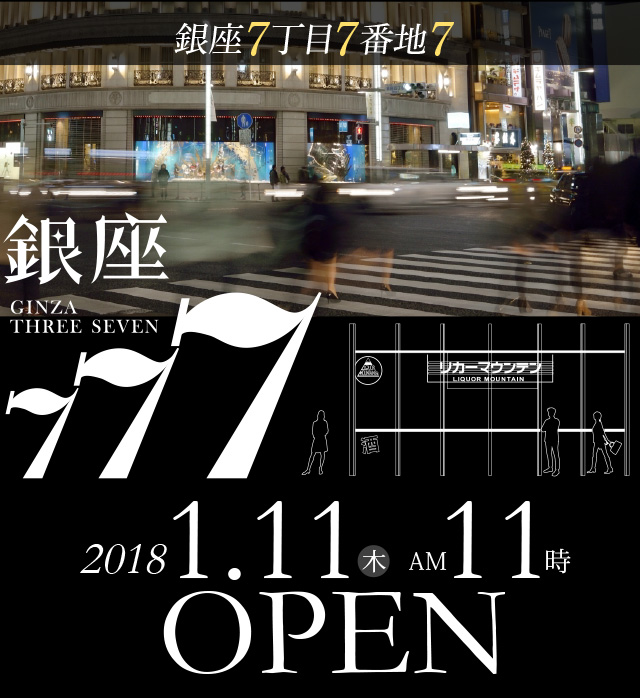 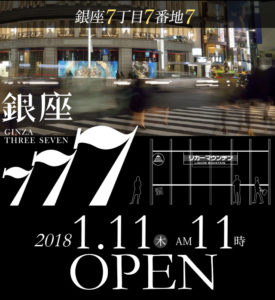 Liquor Mountain has announced the grand opening of their new store smack in the middle of Ginza’s bar district, located at the address Tokyo-to Chuo-ku Ginza 7-7-7. The grand opening is next week, January 11 from 11AM.

I normally don’t cover such individual store or bar openings or closings, because Tokyo is huge, but as part of the grand opening they’re doing some special sales that sound quite exciting. If you’re not already familiar with the Kyoto-based Liquor Mountain, this is a good opportunity to check one out as they are expanding quite rapidly in Tokyo and have proven popular with whisky enthusiasts.

The new Ginza 777 store opens at January 11 at 11AM, with some awesome doorbusters:

Despite being a weekday, expect the grand opening to be very crowded. If last year’s Whisky Festival was any indicator, some people will probably be camping overnight.

Seems like a great way to kick off the new year to me!