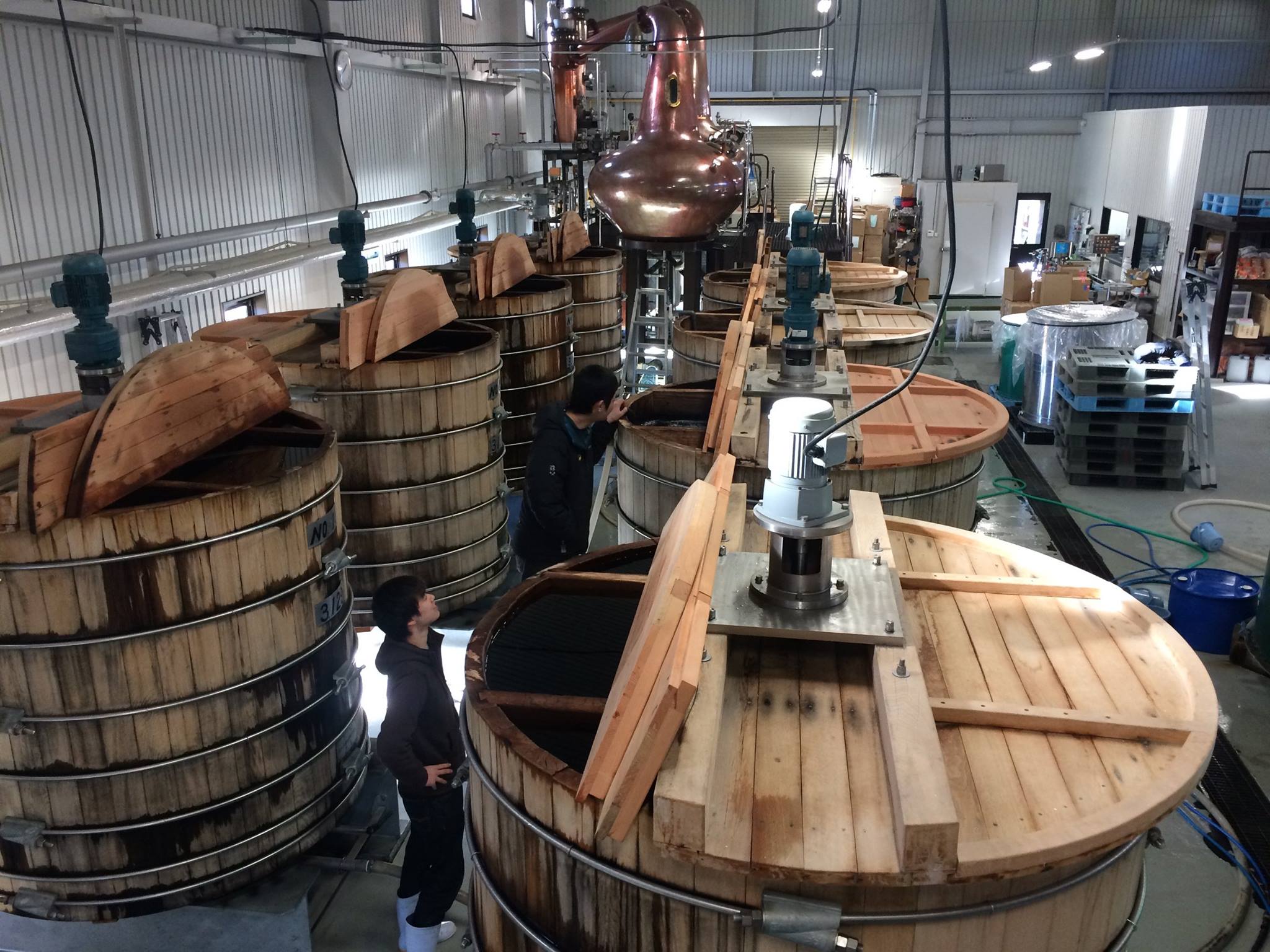 Chances are you've stumbled upon this article because you like Japanese whisky. And that's probably because of Suntory or Nikka. You're the person that's spent just a little bit too much on that bottle of Yoichi 12, because it's too damn good to pass up. You're the one that stops by the "World Whisky" section of your local liquor shop, always hopeful that--somehow--everyone else missed that bottle of Yamazaki 18 just sitting there.

For the major players, probably not. It takes a long time to make good whisky. But the more you know about new whisky distilleries popping up in Japan, the better chance you have at finding something you like earlier. The emphasis on age statements in the whisky world is thankfully going away -- we now all know not every whisky needs to be aged for 12 years to be wonderful.

Sasanokawa Shuzo is a sake maker going back to 1765, who began to dabble in whisky from 1946. Like many makers at the time, their "Japanese whisky" was simply some kind of alcohol mixed with imported malt whisky. That changed over the years -- they began making their own malt whisky using a steel still. Although far behind major players like Suntory and Nikka, they managed to stay afloat over the decades, and in 2015 decided to once again meet rising demand for Japanese whisky.

The mash tun and 5 washbacks are all stainless steel. Unlike other Japanese whisky distilleries using imported Forsyths stills, Asaka went with two copper pot stills made right here in Japan by Miyake Seisakusho. The wash still is 2000L, and spirit still 1000L, both using percolators for heating. The whisky is mostly non-peated and will be rested in primarily bourbon casks but also some sherry and wine casks.

It's worth noting that the Chichibu Distillery and the Asaka Distillery have a relationship. Akuto-san asked Sasanokawa Shuzo to store the leftover casks of the defunct Hanyu Distillery until he could get Chichibu up and running. So basically, Chichibu owes Asaka a favor! It's expected that the Asaka team will be learning a lot from Ichiro Akuto. In fact the Sasakanokawa Shuzo facility still has Hanyu casks in storage.

Distillation kicked off in the first half of 2016, and we're already starting to see products come out of the Asaka Distillery under the Yamazakura brand. So over 2018-19, we should see more and more bottles hit the market from the Tohoku region's only whisky distillery!

Another disclaimer: I bought one lot of the recent Cask Owners round from Asaka Distillery.

Chichibu Distillery doesn't need any introduction. You already know the story: Ichiro Akuto's grandfather started the legendary Hanyu Distillery in 1946, ran it for decades, but the family ended up having to stop production in 2000 and sell the company due to the recession. Grandson Ichiro however bought up all of the Hanyu stock and, over a period of nine years, released them as the Hanyu Playing Card series. A full set of which went for $490k USD at auction in 2015. While Suntory and Nikka make great whiskies, it doesn't take a whisky connoisseur to see how much the Hanyu Distillery's mystique has contributed to the global boom in demand for Japanese whisky.

Ichiro Akuto launched the Chichibu Distillery in 2004. On the operations side, the distillery has eight mizunara washbacks, two 2000L Forsyths pot stills, and 2 Dunnage-style warehouses, and notably, an on-site cooperage. Production kicked off in February 2008. So in 2018-19, Chichibu is getting close to being able to release their first 10 year old whisky. Note that I said close -- the first official single malt whisky from Chichibu Distillery was released in 2011. And yet you also saw the company release some newborns back in 2008 like this one. So are they sitting on some barrels that will cross the 10yo mark next year? Who knows -- Akuto-san himself has stated that he plans to release the first Chichibu 10yo in 2020. But perhaps his plans could change.

In any case, we've already seen wonderful results from the company. The Chichibu Whisky Matsuri 2017 took home the WWA's World's Best Single Cask Single Malt award this past year -- and that's for a 6 year old whisky! So I think we have a lot to look forward to, even if it's "just" a 7yo or 8yo.

If you're at all involved in the Japanese craft beer scene, you've probably heard of Hitachino Nest beer. The company behind that beer is Kiuchi Shuzo, a sake maker that's been around since 1823. Kiuchi Shuzo is branching out. Back in 2003 they created a distillery and now sell shochu as a result.

The story goes that the founder of Kiuchi Shuzo wanted to revive "Kaneko Golden," a brand of Japanese barley that rose to popularity prior to WW2. After the war, however, it became increasingly hard to find due to the declining costs of imported barley, until it disappeared altogether in 1960. Fast forward to 2004, he managed to get his hands on some seedlings of Kaneko Golden, and with help of local farmers, eventually had grown enough to make Hitachi Nest Beer Nipponia. In the process of recreating the Kaneko Golden, Kiuchi-san found himself with lots of leftover barley that was too high in protein for making beer. So he decided to make whisky with it: the Nukada Distillery distilled their first whisky in February 2016.

The Nukada Distillery is doing some interesting things that they're only able to do because of their experience making sake and beer. For starters they're experimenting with using top-fermenting yeast from Belgium, giving the whisky a certain smokiness despite being completely non-peated. The wort is created at the company's beer facility before being moved to a 12000L tank next to the distillery to ferment for 3 days. Some more technicals:

Given that production kicked off in 2016, as we get into 2018 and 2019, we should probably start to see some young whiskies come from the company. Kiuchi Shuzo has plenty of expertise making sake, beer, and shochu, so it will be interesting to see how they apply it to making whisky going forward!