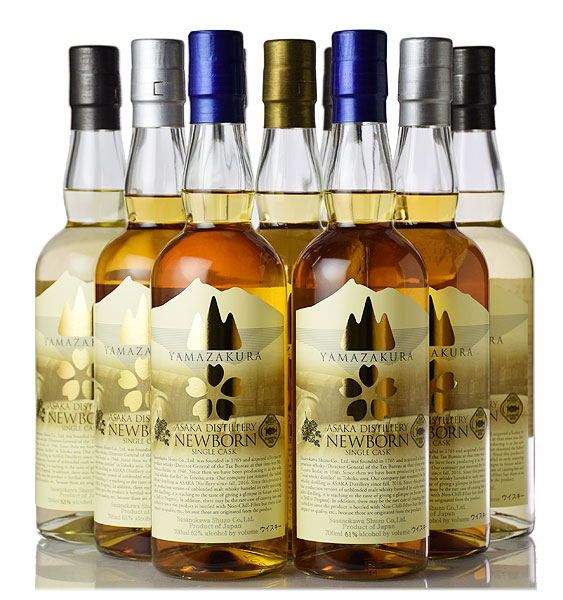 Sasanokawa is the oldest sake brewery in Japan’s northeastern Tohoku region, with a history stretching back to 1765. Around 180 years later, in 1946, they branched out into whiskey, eventually launching the Cherry Whisky and Yamazakura brands. They’re also famous for helping out Ichiro Akuto launch his Ichiro’s Malt brand, as they held on to the casks from the defunct Hanyu Distillery that went under in 2004.

Unfortunately the Yamazakura whisky hasn’t really been a major competitor to big names like Suntory and Nikka over the years. Yamazakura has always been a blended whisky up to now, using a questionable amount of malt whisky at times. Reviews of the current Yamazakura products are mixed, at best.

It looks like the company wants to change that though. Deep in the mountains of Fukushima lies Asaka, the site of their distillery that’s been refreshed with new equipment and operating as the re-branded “Asaka Distillery” since November 2016.

Asaka Distillery is now ready to unleash their first product on the market: an onslaught of Newborn whiskies, aged from as little as 3 months to, at the longest, 9 months. It’s 10 bottles in total, aged in sherry, bourbon, American oak, and even mizunara casks. The set runs 64,800 yen after tax and is available from Shinanoya or from Sasanokawa’s webshop. The bottles won’t be sold individually. Each is 700ml and runs between 61 and 63% abv, since they’re all single cask bottlings.