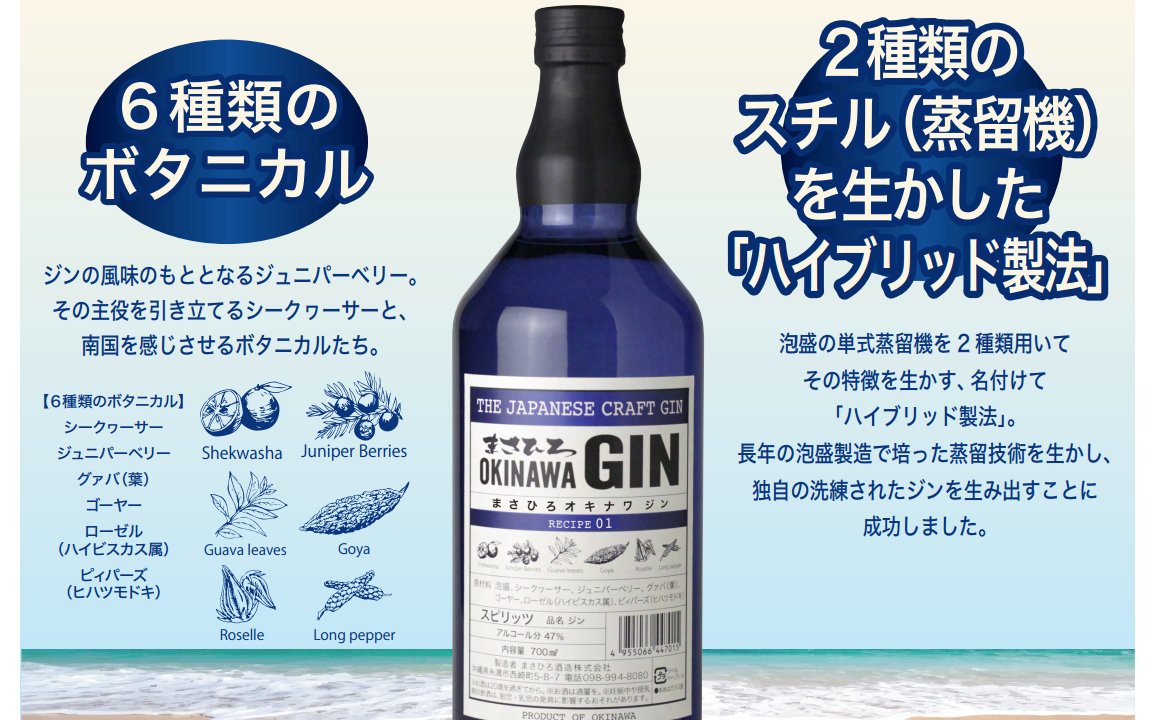 I woke up to news this morning that there's another new Japanese craft gin on the scene: Masahiro Okinawa Gin. Masahiro Distillery has been making Awamori since 1882, and they're now branching out into gin as well.

Jumping directly into the botanicals, it's basically subtropical Okinawa in a bottle:

This is what I love about gin over whisky: you can use fantastic and exotic ingredients as your botanicals to create a really local flavor profile. It's also worth pointing out that Masahiro is using some hybrid distillation method to make this, as they use two Awamori pot stills rather than a continuous still.

At 47% abv it's a heavy hitter. The 3000 yen price point also makes it more affordable than the offerings from Nikka and Suntory.

This is the first gin to come from Okinawa. The history of distillation in Japan may have started in Okinawa--Ryukyu Kingdom at the time--as the island served as an intermediary between the Silk Road and Japan. Did shochu get started in Kyushu by way of Okinawa? The jury is still out but you can read more here.

With last week's release of Kozue craft gin, that makes two new Japanese craft gins in as many weeks. Hopefully we'll see all of these at the Gin-Posium in December. Punch even just ran an article on Japanese gin. The year of Japanese gin certainly isn't over yet!