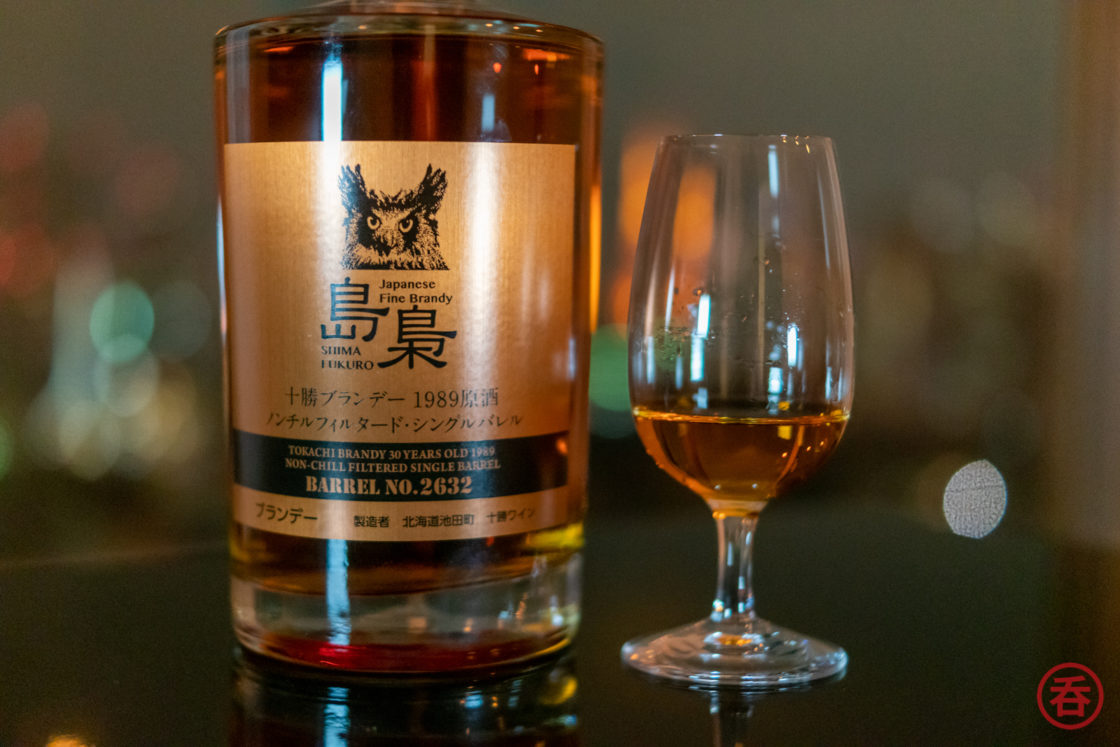 For the backstory about Tokachi Brandy, I'll point you to the review I did of the previous bottle. The cliff notes are that about 50 years ago, one of Hokkaido's municipalities (Ikeda-cho) decided to venture into the cultivation of pretty hardy grapes due to disaster and the cold. And they've been making brandy using said grapes since 1964.

A big difference between this bottle and the previous is its strength. This one is bottled at a whopping 60% abv, making it drastically stronger. I don't know when it was bottled, but they do say it's again matured for over 30 years, so given the 1989 vintage, it's some time within the past couple years. And yes, it's a single cask release! Let's get involved.

Nose: There's a tint of sulfur and other minerals met with an awesome oakiness. Cinnamon and dry grassiness about it as well.

Palate: Dry and deep fruity notes of apple, ripe pear, cherry, and prunes. Allspice and pepper come along to the party too.

Here it is, the ultimate nightcap. To many of us, Japanese whisky is simply too expensive for what it is. Japanese brandy hasn't had its time in the spotlight but hopefully with the success of Japanese wine, it will have its moment soon. I suggest you try this before that happens.