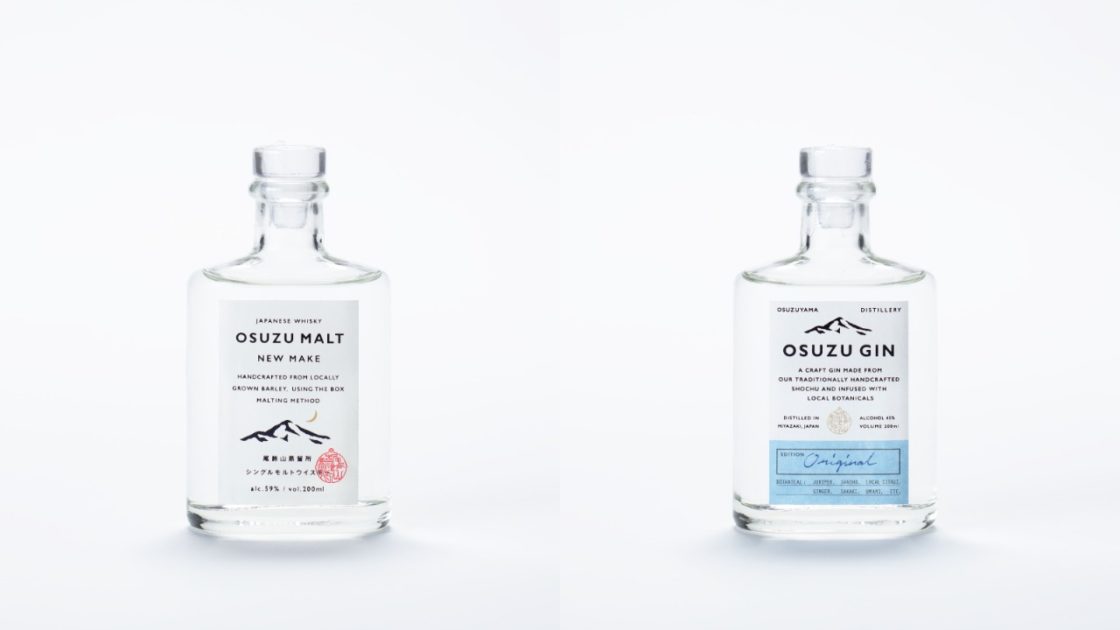 We talked late last year about Miyazaki prefecture’s Kuroki Honten expanding their shochu empire with gin and whisky. Their first products in these categories are now launching out of the Osuzuyama Distillery. Let’s take a closer look.

Kuroki Honten is a very well-known shochu maker, so there are a lot of eyes watching how and what they bring to the worlds of gin and whisky. One of the company‘s stated goals isn’t simply to just make gin and whisky, but to make both of these spirits as local as possible. 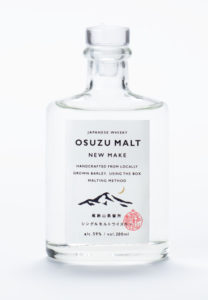 But what does local really mean for a Japanese spirit? First let’s have a look at Osuzu Malt New Make. It’s the company’s first unaged whisky, and it drops on August 3. We are local right out of the gate: it uses 100% Japanese malt.

Using Japan-grown malt is something we’ve seen other craft whisky distilleries aspiring to, but Osuzuyama Distillery is already doing it from the get-go.

That’s only possible because Kuroki Honten is a big name in barley shochu. In fact, they are growing their own barley, and malting it themselves.

I don’t have all the technical details on this bottle just yet. But we do know that:

We talk a lot here about the blurring lines between shochu and whisky. Given the use of non-copper stills, I’m expecting Osuzuyama Distillery will take us even further down that rabbit hole. Especially in absence of an better definition of whisky in Japan.

Plus their wood program is quite intriguing. None of that overplayed mizunara noise! Fermentation happens in a wooden oke made from local cedar. They are also looking to use local (non-oak) wood for maturation, such as Miyazaki-born cedar, cherry, and even chestnut.

The New Pot here ranks in at 59% abv, and it’s 2750 yen for 200ml including tax. Given the excitement around this Osuzuyama, it looks like pre-orders are already spoken for. 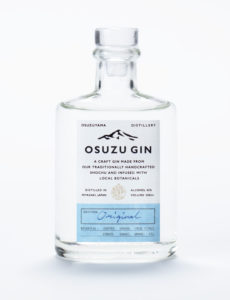 Kuroki Honten set out to make a bottle that captures the aromas of nature surrounding the distillery, what they call a “perfume of the landscape.”

Their spirit of choice for this is gin. That makes sense to me, since gin essentially gives you a canvas upon which you can craft a certain aroma and palate. Specifically, the canvas in this case is Yamaneko, Kuroki’s potato honkaku shochu also made at Osuzuyama.

Osuzu Gin contains 8 botanicals, 4 of which are from Miyazaki prefecture;

About that last one. It’s a botanical we’ve not yet seen in Japanese gin. Sakaki is sacred in Shinto, so I’m not entirely sure how a Shinto priest would feel about it being used in gin. But Kuroki-san’s ancestors were apparently priests, so hopefully they gave him the go-ahead. Sakaki is supposed to have an extremely green aroma, moreso than even green tea leaves. 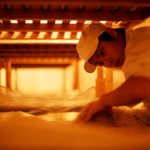 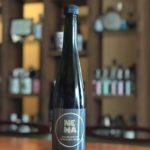 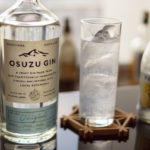