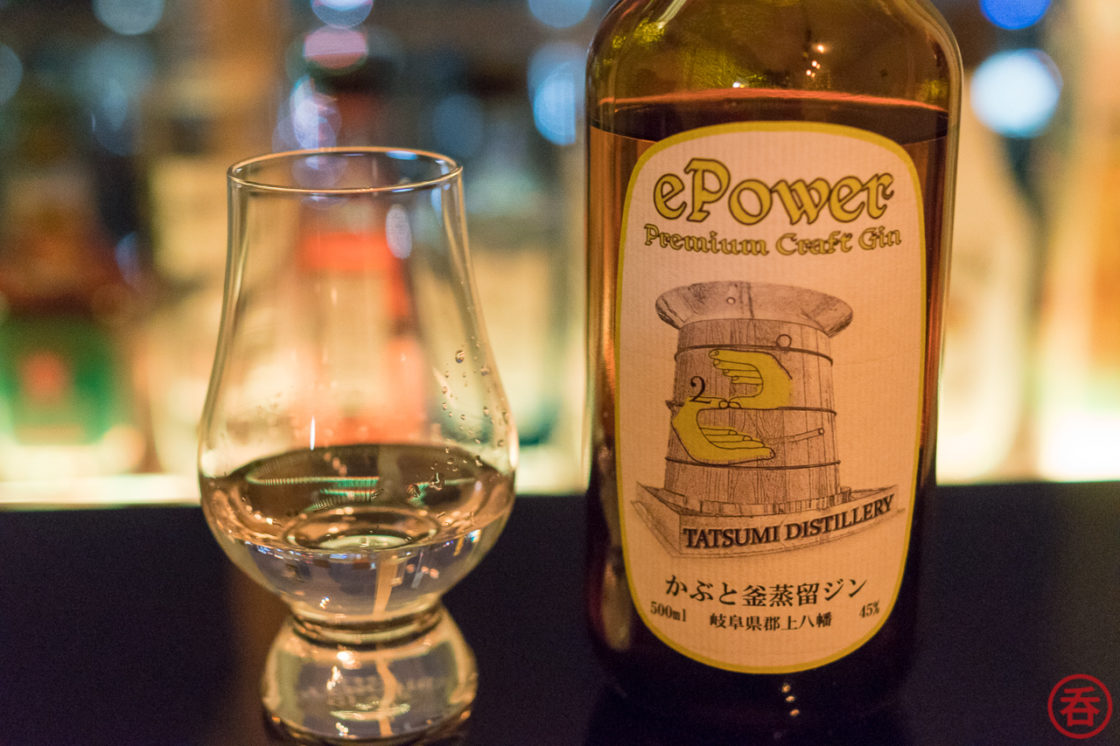 Tatsumi Distillery, located in Gifu prefecture’s Gujo Hachiman, is essentially a one-man show. Before we get to the bottle, let’s have a quick look at the distillery.

That one-man show is Tatsumi-san, and he kicked things off in 2017. The releases of are very small batch. And I do mean small batch! Think 200-400 bottles each.

Tatsumi Distillery’s home of Gujo is known for its extensive network of limestone caves, dating back to the Late Jurassic Period. The nearby Otaki Cave have the largest known indoor waterfall in Japan. Bourbon drinkers should feel right at home; the limestone spring water that makes Kentucky such a good place to make Bourbon is also found right here in Gujo. 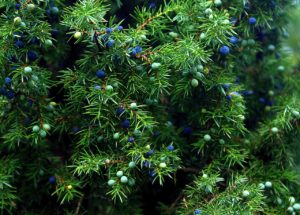 We also know Tatsumi-san for being something of a mad distilling scientist. For example, he recently put actual beetle juice in a gin. The distillery’s second anniversary release contained a whopping 61 botanicals, and was made with six different base spirits: sake lees shochu, chicory shochu, two different rice shochus, barley shochu, and Japanese grappa. Besides gin, the Tatsumi Distillery also occasionally does absinthe.

But there’s another thing pretty special about the Tatsumi Distillery: Tatsumi-san uses a wooden still.

Have a quick look at the history of distillation and you’ll find that the concept may have been discovered independently in Asia and the Western world. While the West was making pot stills out of metal basically from day one, that wasn’t the case here in Asia. Wooden stills have been and continue to be used in some cases.

Distillation of alcoholic beverages found its way to Japan from China–perhaps via Korea, perhaps via Okinawa, perhaps via Thailand–so it makes sense that the earliest shochu stills had a design similar to the baiju and other Southeast Asian stills of the time. That design is called a “Tianguo pot still” in the world of baiju. In shochu, it’s called a “kabutogama still,” which dates back to the Edo period. Perhaps you’re wondering how a wooden still works without catching on fire? 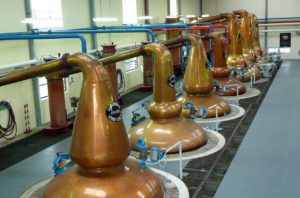 Before that, here’s a quick summary of making liquor with a copper pot still: your fermented liquid is placed in a pot that’s sealed at the top. But not completely — there’s a pipe sticking out of the top that bends downwards (the “neck” and “lyne arm”). Heat the bottom of the pot to just the right temperature, and the alcohol in the fermented liquid will turn to vapor, but the water won’t. The alcohol vapor collects in the neck, and thanks to gravity, heads down the lyne arm. If you cool the vapor (in a “condenser,” cooled with water), you’ll get liquid coming out — that’s your booze. Drink it, filter it, pump it into a cask, whatever!

With the kabutogama still, we take a slightly different approach, Our fermented liquid is indeed placed at the bottom of a metal or ceramic pot, where we also apply heat. The vapor also rises up. The sides of pot are indeed made of wood. But instead of collecting the vapor in a narrow neck, it beads up on the underside of a bowl-shaped piece of copper that sits atop the pot. In the bowl? Cold water! Since this piece of copper is bowl-shaped (“kabuto” is Japanese for “helmet”), as the vapor beads up on the bottom, gravity does its work and the condensate drips from the underside of the bowl into a properly position collector inside the middle of the pot. That collector has a tube that runs outside of the pot. In other words, the “kabuto” takes the role of neck, lyne arm, and condenser.

This illustration shows what’s going on inside. Though it shows “shochu,” Tatsumi Distillery is using the same setup to distill today’s gin:

If that sounds like it takes a long time compared to a good old pot still… well, that’s because it does. The kabutogama still is so inefficient that the vast majority of (honkaku) shochu makers have turned to pot stills these days.

But not Tatsumi-san. To my knowledge, Tatsumi Distillery is the only distillery in the world using this kind of still to make Western-style spirits. Not even Chinese craft gin is doing this (yet). Does it make a difference?

ePower, also based in Gifu prefecture, has worked with the Tatsumi Distillery in the past for some exclusive releases. This bottle is another such release. Made from a base of sake lee shochu and rice shochu, it features the following botanicals:

Nose: Juniper off the top but dig deeper to find oily black liquorice, then fresh mint. A hint of orange peel turns up later.

Palate: Plenty of that black liquorice. Later on we get a slight spice and toasted tea leaves,

Finish: Peach makes a showing, but not as some cloying sugary spike — instead it’s a nice and mellow minty peach. Amazing way to close things out.

Absolutely wonderful gin! It’s a gin at its heart, sure, but there’s a nice sweetness to the nose, body with plenty of depth, and a minty fresh finish that leaves me reaching for the glass over and over again. Now I see what all the hubbub is about. 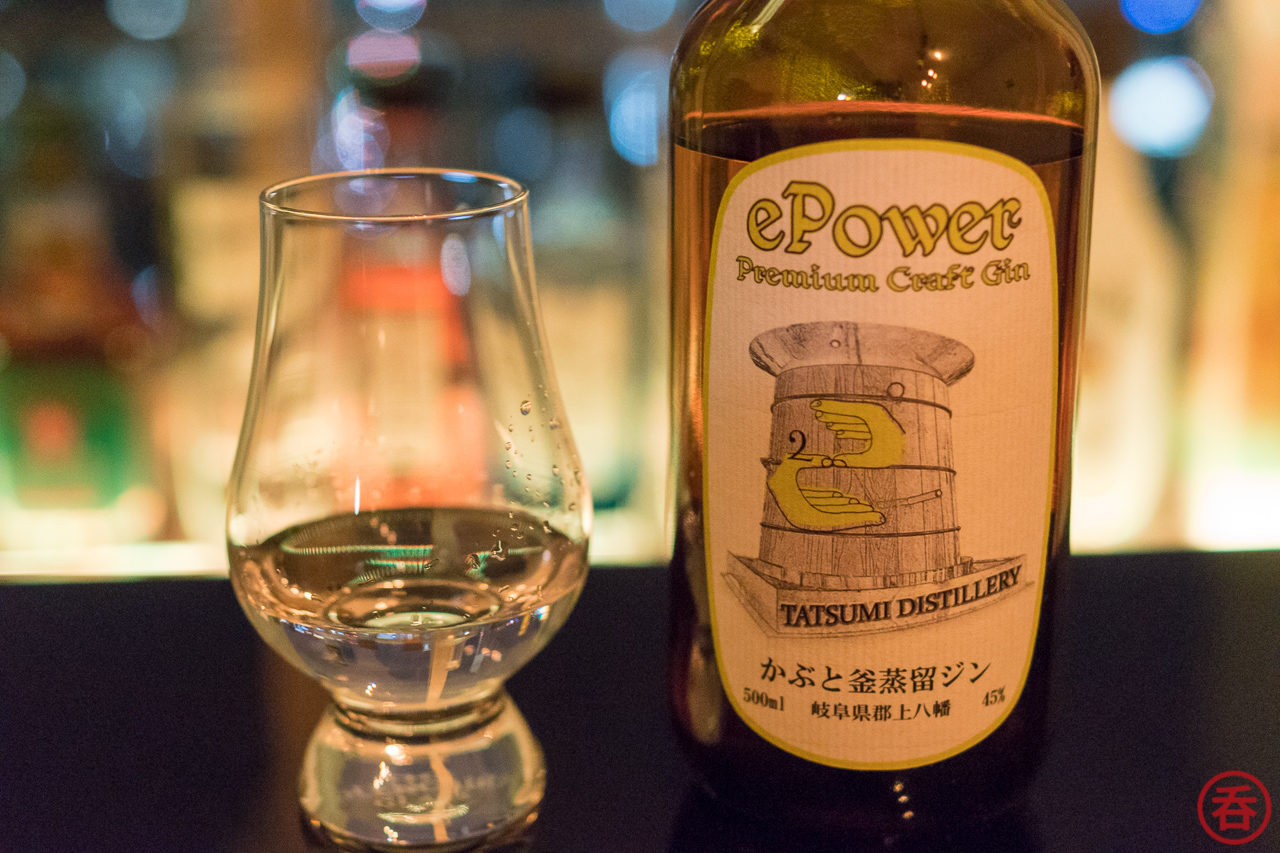