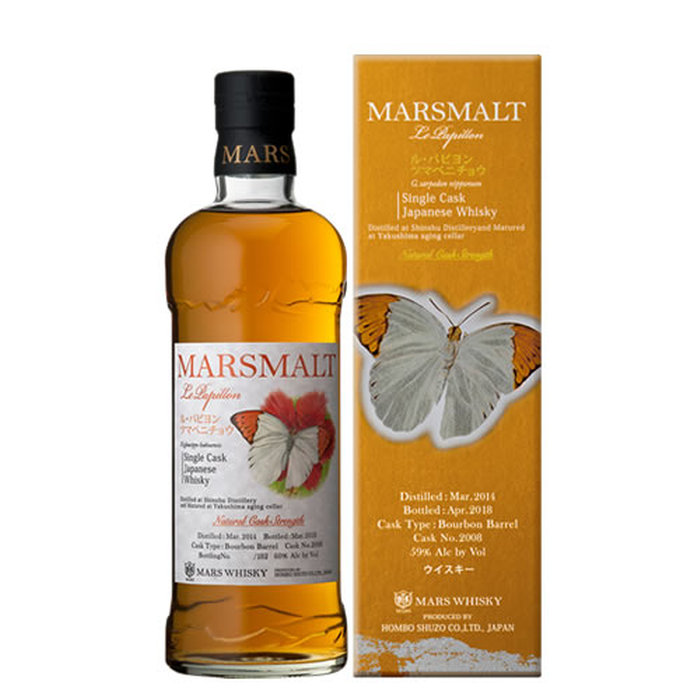 We wake up this morning to find that Mars Whisky’s fourth release in the Le Papillon series is “H.glaucippe liukiuensis,” a butterfly perhaps better known by the name Great Orange Tip. The whisky however is distilled in March 2014 in Shinshu, rested in a single bourbon barrel at the Mars’ Yakushima aging cellar, then bottled just last month. While there are no tasting notes, we do know that a super-heavy peated cask was specifically selected, which contrasts with the southern sea and mountain winds of Yakushima. Much like the contrast between the white and orange wingtips of the butterfly.

Only 182 bottles of this will be available on Mars Whisky’s Rakuten shop, with sales kicking off tonight at 7PM JST**. 11,800 yen after tax, 700ml, and a cask strength 60% abv. Expect it to sell out quickly, so get your mouse ready! Le Papillon has been a popular series.

**Looking more closely at the Rakuten listing, it appears they are splitting the sale across three days, from June 1 to June 3, with sales open from 7PM to 11:59PM JST every night. 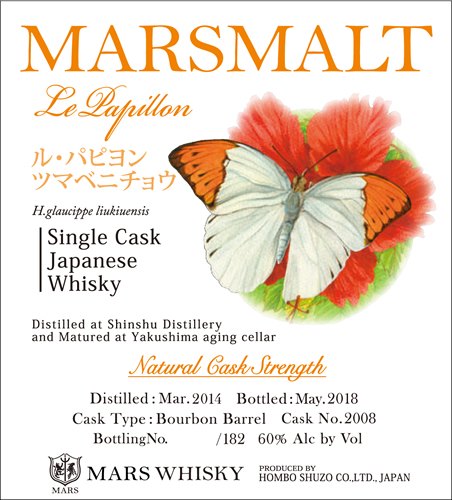 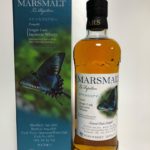 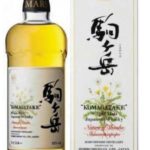 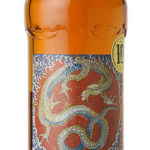