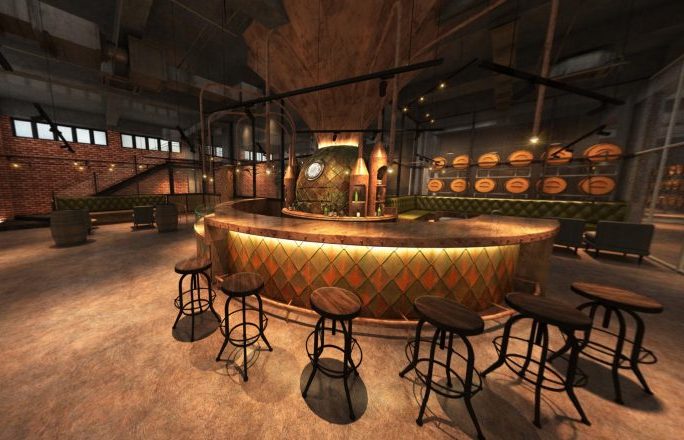 You might think that pineapples have grown in Okinawa for thousands of years, but it wasn’t until 1866 that the first pineapples grew anywhere on the islands. That’s when a Dutch trading vessel ran aground near Ishigaki, and some seedlings drifted ashore at Kabira Bay. On mainland Okinawa, seedlings were imported from Ogasawara in 1888, growing mainly on the northern part of the island near Nago. Commercial production kicked off in the 1920s. It peaked at around 100,000 tons in 1969, but due to cheap imports, by 2014, the island only produced about 7000 tons of Okinawan pineapples.

Then there’s Nago Pineapple Winery, launched in 1992 as Japan’s first pineapple winery. Their initial winemaking license, issued in 1995, had a condition attached to it: they could use only pineapples to make wine! Since then, the company has been adamant about using Okinawan pineapples to make its products.

The La Piña Distillery starts the next chapter of that story. As we see with other craft distilleries around the country, La Piña is planning to use locally-grown raw ingredients to make its products. The company says that their shequasar spirit is probably a world-first. In what might be another world-first, the distillery features a tiny confectionery called “BOMBON DE CHOCOLATE.” And yes, at the distillery’s bar, you can order Piña Coladas with or without alcohol.

I find pineapple brandy or vodka particularly intriguing because everything I’ve read says not much pineapple flavor makes it through distillation. That’s why we usually see cordials or liqueurs rather than spirits when it comes to pineapple: you have to back-add juice to your distillate to give it more flavor! With 25+ years of experience making alcohol from pineapples, if there’s anyone who can get it right, it’s La Piña Distillery.