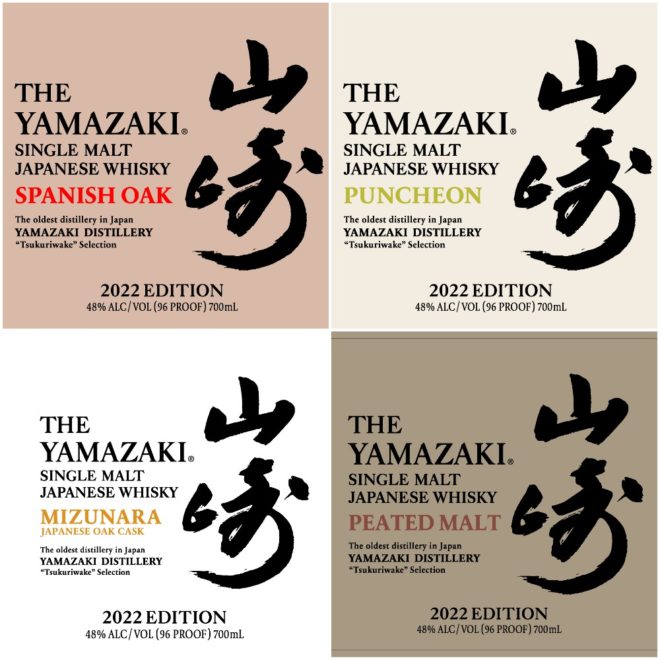 TTB filings revealed that Suntory is slated to release a series of Single Malt Yamazaki "Tsukuriwake" Selections in 2022, just like they did back in 2020.

Otherwise, we have the same 4 kinds of bottlings:

They are all once again 48% abv, 700ml. While the TTB filings are intended for the US market, my guess is they will price mostly the same as the 2020 editions did here in Japan (that is, 11,000 yen for any of them except the Mizunara at 30,000 yen). Perhaps with a bit of an increase. And they will once again be on-trade only releases, meaning they will only be sold to bars/restaurants, and not directly to consumers.

Thanks to Kanpai Planet's twitter for the heads-up! I suspect we'll see several more limited edition release out of Suntory this year.