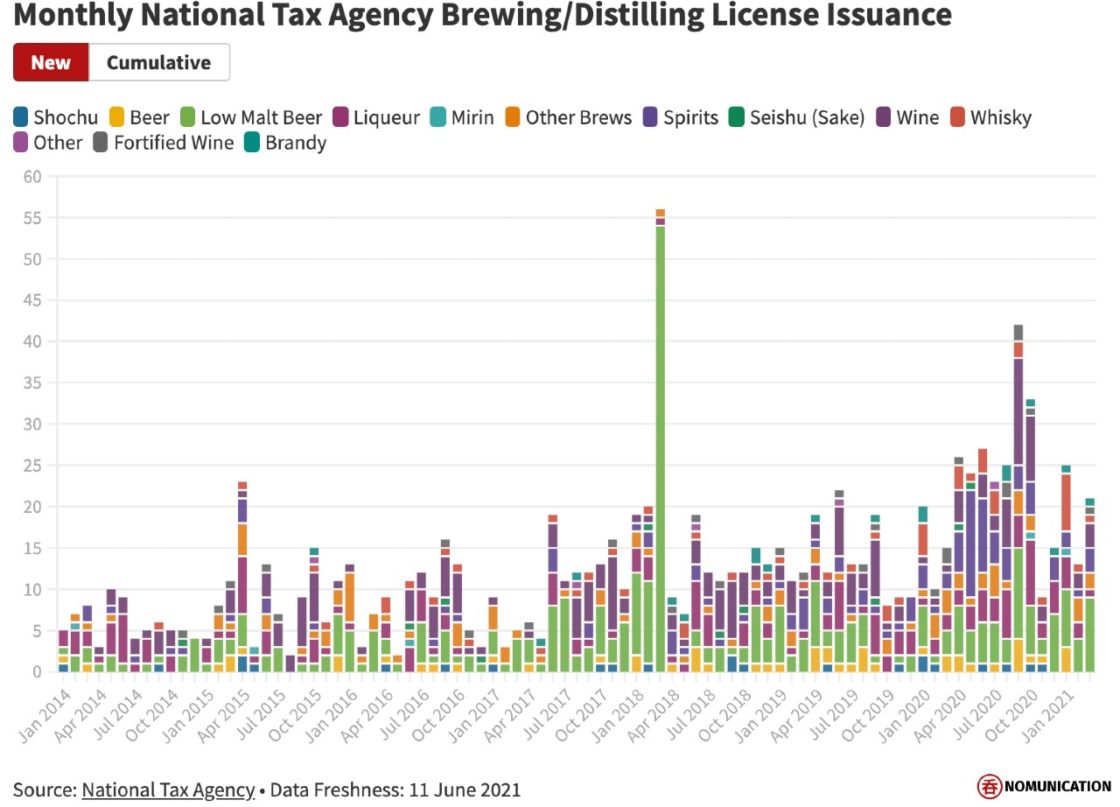 This month’s update of the Japanese Alcohol Data Library highlights the explosive growth of the value of Japanese whisky exports, record high volumes of Japanese gin for export, and I also introduce an entirely new dataset to be updated monthly: the number of newly licensed breweries and distilleries in Japan!

Japanese Whisky is poised to blow up in 2021… again

The big number: 5.1 billion yen worth of Japanese whisky was exported in April 2021 alone. That’s a new single-month record, and more than the entire year of 2013 in a single month. It represents a 17% increase over the previous record month, March 2021. In fact, every month since December 2020 has been a record-breaking one for Japanese whisky! 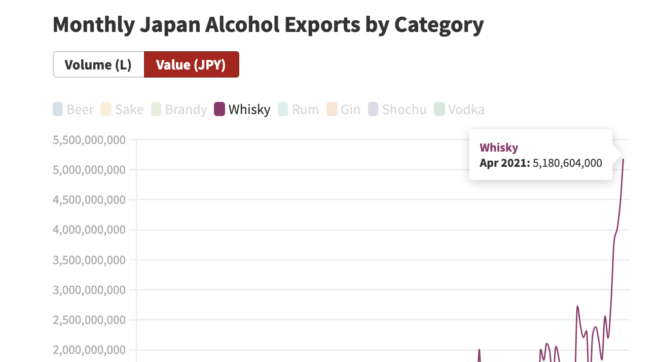 Japanese whisky also set a new record for volume in April 2021, with 1.22 million liters being exported outside the country.

The world gets a taste for Japanese gin

445,000 liters of Japanese gin were exported in April 2021. That’s of course a new record for this rapidly emerging category. 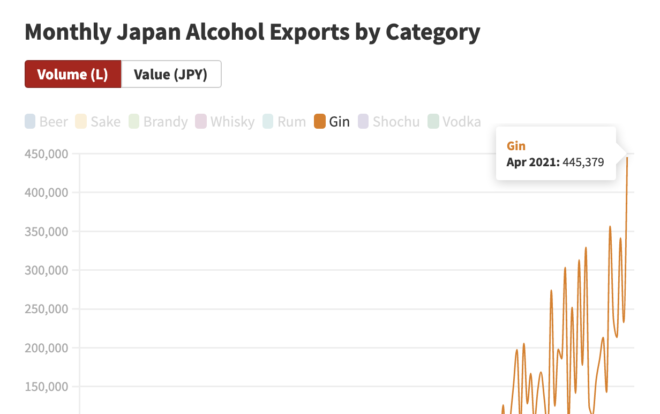 Hello, new data! This month I’ve added a new dataset sourced from Japan’s National Tax Agency. We have monthly numbers of newly licensed breweries and distilleries for all of the NTA’s major license types. Data begins from January 2014 and will be updated monthly going forward. Oh, and you can see cumulative numbers for the year, too! As of March 2021, Japan already has 9 newly licensed whisky distilleries for this year. This 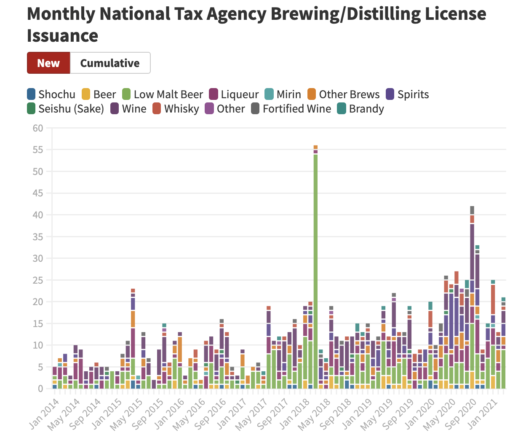 The Japanese Alcohol Data Library is completely free of charge and open to anyone. Apart from the above monthly updates, there’s yearly data available from as far back as 1988 about things like import and export, which countries import the most booze from Japan, how much Japanese breweries and distilleries are actually producing, and much much more. Definitely check out the rest of the data!