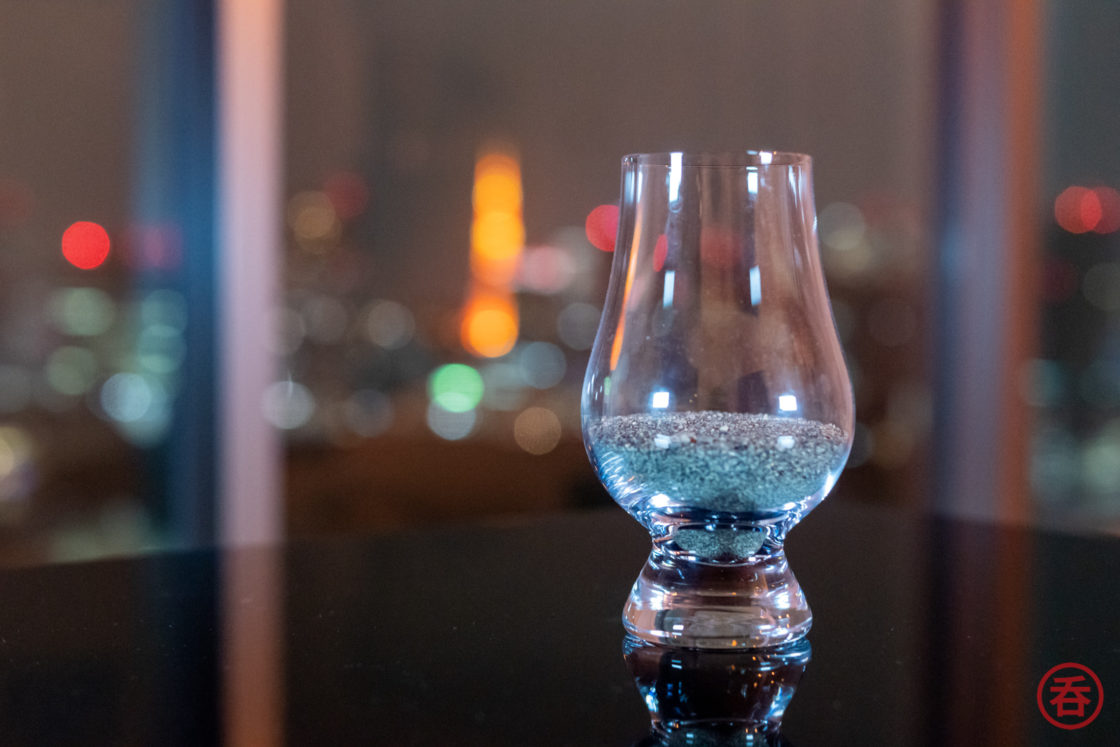 Tonight we’re trying one of the staples of any decent bar program: sand. But not just any old sand! This sand comes directly from the banks of the 23.5km-long Sumida River, one of central Tokyo’s most famous rivers.

The Sumida River isn’t exactly old. Name-wise, it’s not even a century old: the waterway only became officially named the “Sumida River” on March 24, 1965. It used to be part of the mighty Arakawa River, but the Arakawa was redirected during the Edo era as a flood control measure due to its proximity to the Imperial Palace.

Speaking of the Edo era, what’s today known as the Sumida River used to be the dividing line between the Shimosa Province (today’s northern Chiba) and the Musashi Province (today’s Tokyo, and part of Saitama). The Toei Oedo line station named Ryogoku (両国, “two countries”) is a reference to this.

These days, most Tokyo-ites associate the Sumida River with places like Asakusa. Pre-COVID-19, the Sumida River area around Asakusa played host to one of Tokyo’s biggest fireworks festivals, the Sumidagawa Fireworks Festival. No word on 2021’s festival yet, but I’m not holding my breath.

Moving on to this here sand, it was collected from the banks of Kachidoki. The islands of Kachidoki date back to the late part of the Meiji era, specifically 1883-1896, when the area was dredged up to create some of Tokyo’s first man-made islands.

Fast-forward to 1940, and the Kachidoki Bridge, Asia’s first moveable bridge, is completed. Kachidoki–written 勝鬨 using non-standard Kanji–means “war cry.” Yes, war! Despite the cancelation of the 1940 Japan International Exposition due to the Second Sino-Japanese War, construction of the bridge was completed on schedule.

Nearby Tsukishima, by the way, is the former location of Ishikawajima-Harima Heavy Industries (IHI today). The company made Japan’s first jet engine that found its way into Nakajima‘s (today’s Subaru!) Kikka. The Nakajima Kikka never saw combat in WW2.

Anyway. Let’s dig into this… sand!

Palate: Exceedingly dry, immediately leading me to add a few drops of water to let the flavors fill out. Water brings out some more briny notes, but this one is neither malty nor peaty.

Finish: I was hoping for some oaky, fruity, or spicy notes to close things out, but there’s nothing worth noting here. Lame!

Price: 0 yen, this was a free sample provided by Chuo Ward.

Overall, this is one of the sandiest drams I’ve ever experienced. It’s had some 130 plus years of maturation in its air-only cask, but I must say that the oak or other notes didn’t come through quite as expected. Try again, Tokyo.