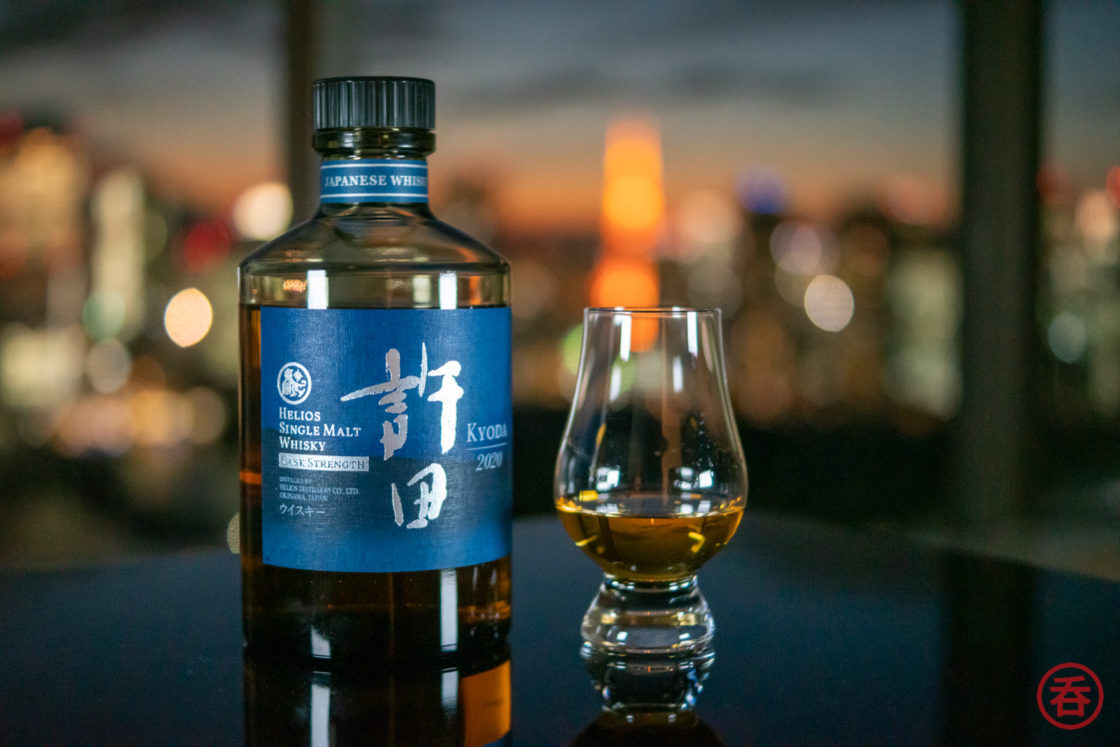 This week’s review is of a bottle out of sunny Okinawa. It’s Okinawa’s first ever genuine single malt Japanese whisky: Kyoda Cask Strength 2020, from the Helios Distillery.

As I said when this bottle was announced, the Helios Distillery has been making whisky for several decades already. Of course, “making whisky” in Japan doesn’t quite mean the same thing as it does in other countries. But finally, the company has released a bottle containing entirely malt whisky that was distilled and aged on their premises in Nago city’s Kyoda district.

Kyoda is situated on the East China Sea side of Okinawa, geographically in roughly the middle of Okinawa. If you’ve visited the Nago Pineapple Park or Churaumi Aquarium from Naha, chances are you’ve been within a stone’s throw of the Helios Distillery already. And yes, Helios offers tours.

Kyoda Cask Strength 2020 was distilled with UK malt back in 2017. The cask strength here means 60.9% abv, If I had to guess, given Okinawa’s climate, that’s probably a few bp higher than when it actually went into the cask.

This release came as a surprise. There were rumors that Helios had restarted distilling whisky a few years ago. But they were just that. The company made no formal announcement as you might have expected them to. Going forward, Helios will have some competition making whisky in Okinawa. But they’ll never be able to claim the title “Okinawa’s first single malt whisky.” Let’s dive in.

Nose: A plastic bucket full of caramel tropical fruits atop vanilla custard. Except it’s been sitting out in the Okinawa sun for way too many hours. Solvent, medicinal peat is there. Slice of malt at the end.

Palate: A fistful of dry spices thrown into a fire. That cigar you re-lit the morning after. Ashy, smoldering peat. Malt is in the fetal position in a dark corner.

Finish: Honey makes a return with cinnamon and slices of ginger. Lingering minerals and salty peat.

Yikes! I didn’t know what to expect from Okinawa’s first single malt, but it was definitely not this. Unbalanced, sulphury, and feinty.

My tasting notes from the first session with this bottle include the phrase “latex glove,” but revisiting it a couple times, that’s perhaps going a bit too far.

Sure, we expect some roughness with any 3-year-old whisky, but this feels like a release of one of their earliest experiments in making whisky. Barely potable with water. Give this bottle a wide berth. C’mon Okinawa, you can do better than this. 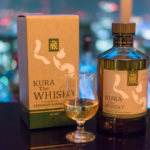 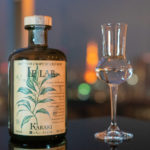