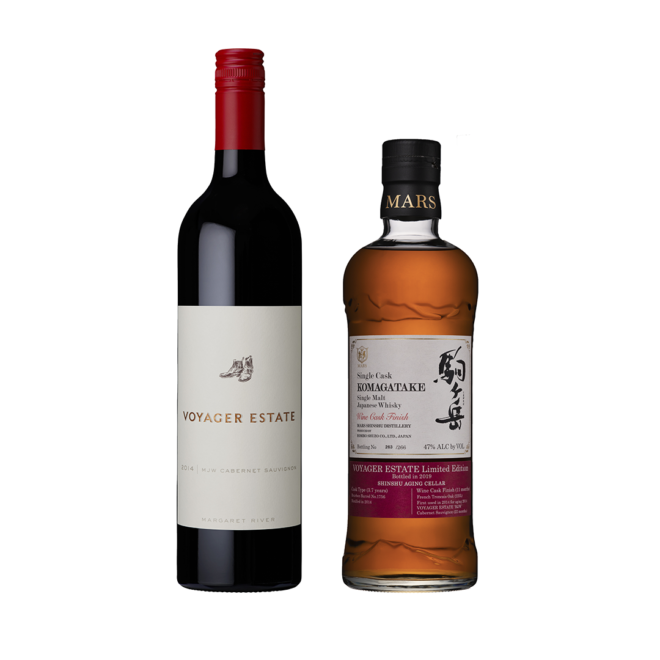 Voyager Estate’s current flagship wine is the 2014 MJW Cabernet Sauvignon. So it makes sense that Komagatake Voyager Estate Limited Edition spent eleven months in a French oak cask that originally held the 2014 MJW wine. This is after spending three years in a bourbon cask, all at the Shinshu Aging Cellar. “The resulting whisky is deep and complex with red wine accents and fruit aromas,” says Voyager Estate.

Despite the fact that Mars themselves operate the Mars Yamanashi Winery, they don’t do wine cask finishes for their whisky as much as you might expect. In the past there was the Single Malt Komagatake in 2016, Maltage Komagatake 10 Wine Cask Finish, and some Iwais. But I can’t think of any recently. In any case, this Voyager Estate Limited Edition is the first non-Japanese wine cask finish for the distillery.

The release is limited to 266 bottles at 47% abv. As far as I can tell, those are already spoken for within Australia — this will not see a Japanese domestic release.

Thanks to WA-based Matt for the tip!