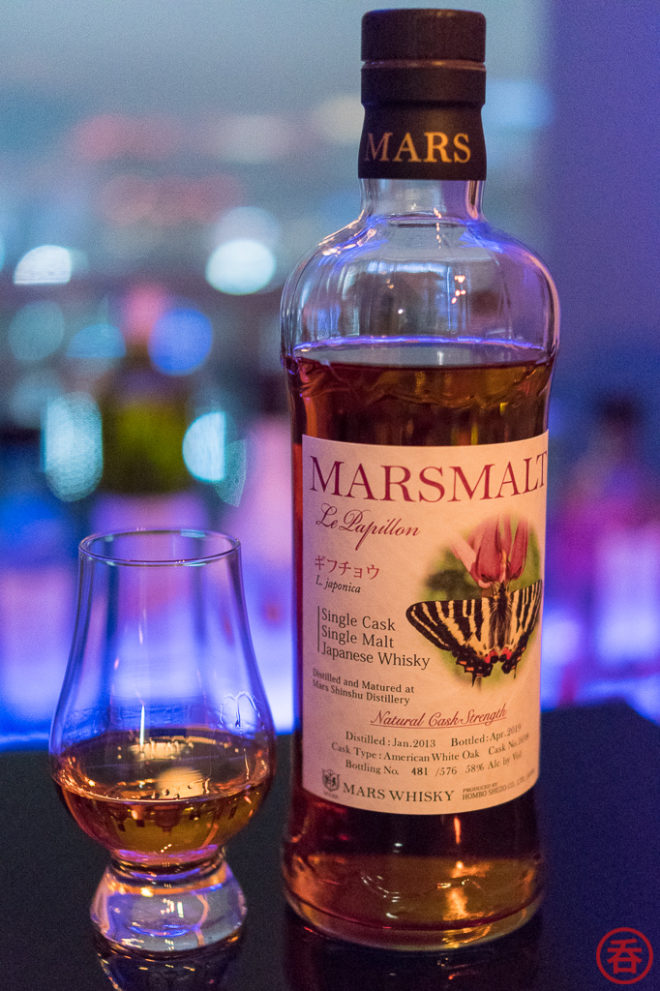 Single malt, single cask Japanese whiskies are not so easy to come by these days. But sometimes you just get lucky, as I have here: I won Hombo Shuzo’s lottery to purchase a bottle of Mars Malt Le Papillon “L. japonica.” This is the seventh entry in the butterfly series.

As I said when it was released, this one comes in at 6 years, 3 months, where previous casks were bottled at various 3-4 year marks. Distilled at Mars Shinshu in January 2013, it was then matured in American White Oak cask #1698 also at Shinshu, for a yield of 576 bottles in April of this year. Mine is #481.

The series has been pretty well-received, often receiving praise for providing a rich, mature experience despite the whisky’s relatively young age.

Luehdorfia japonica is known as the Gifu butterfly, but it’s also nicknamed the “Goddess of Spring” due to their emergence during Japan’s cherry blossom season.

With this release tacking on dozens of months of maturity over previous releases, are we proceeding nicely along the curve of optimal balance? Or has Mars somehow upset the good thing they had going?

Nose: Delightful cherry and raspberry at first, then a bright basket of apple, plum, and figs. Freshly baked wheat bread.

Palate: Quickly ramps up to a warm, deep oak, bringing along tangy citrus and bitter cocoa,

Finish: Graham crackers and rich vanilla custard, chocolate, closing out with nutty banana and a smidgen of smoke.

At 58% it’s a hint on the fiery side straight out of the bottle, but a few drops of water–or waiting a week after opening the bottle–calms things down considerably. Good balance and a solid cask influence leaves me discovering new things every time. 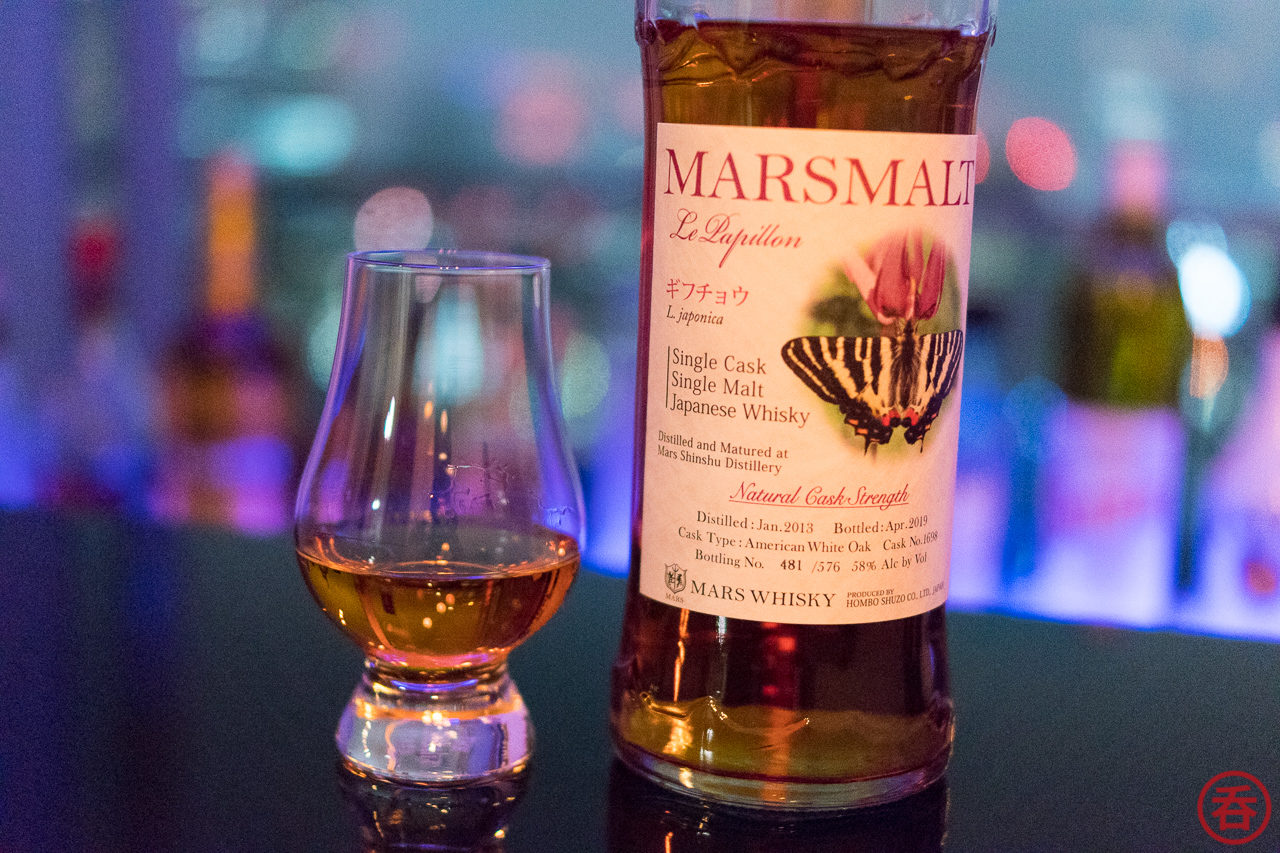 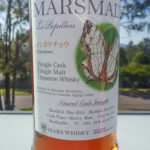 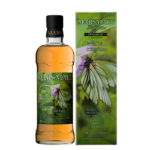 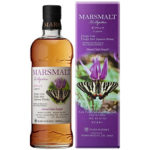