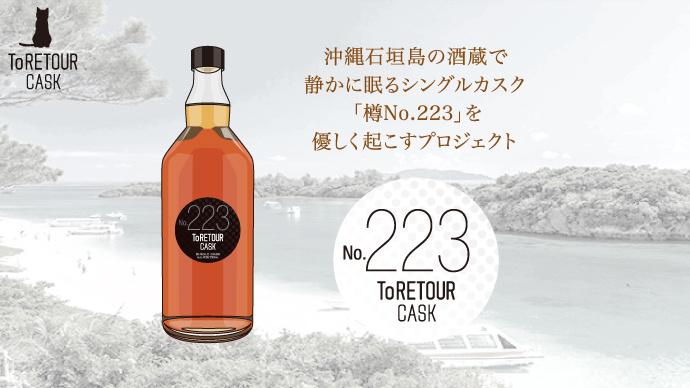 Every once in a while something alcohol-related and interesting pops up on Japanese crowdfunding sites.

One such project that I came across this past weekend is for the “ToRETOUR CASK,” basically an effort to buy a single cask of awamori, bottle it, then distribute it. The cask in question is a second-use white oak cask (#223) that’s contained awamori for 11.5 years, distilled and aged at the Yaesen Distillery on Ishigaki-jima. “ToRETOUR” is Okinawan for quiet.

This project was launched by Kaoru Itou, certified as an “Awamori Meister” by the none other than the Guvnah of Okinawa. He’s selected the cask himself. It’s easy to draw parallels between this project and something like the Ghost Series in Japanese whisky, where we have an expert in a different vertical selecting a single cask for bottling. Even that 12y cask-aged shochu from last year wasn’t single cask.

Certainly not everyday I come across something like this — so I jumped on it!

Palate: smooth sweetness of butter creme, bittersweetness of strawberries, juiciness of unpeeled red grapes, with the right amount of bitterness and acidity balanced alongside liveliness.

Meanwhile, how about we look at the maturation of awamori, Okinawa’s famous spirit?

Aging is sort of a complicated question in awamori. Traditionally, it follows a system of fractional blending called shitsugi, where urns closest to your home’s door contain the oldest spirit. As you remove awamori from that urn, you top it up with a younger awamori from the next urn in line, then top that up with the even younger next urn, all the way until you get to the end of the line with your new make. Basically the same concept as the solera system in sherry.

Of course not many people leave urns of awamori sitting outside their homes these days. The system did lead the Japanese government to be fairly lenient with age statements on bottles though. Right up until August 1, 2015, awamori only needed to contain at least 51% of a given maturity 3-year-old awamori to be labeled 古酒, kusu, or matured spirit. Yes — only 51%!

The law became more strict for all bottles filled on or after August 1, 2015, now requiring 100% spirit aged at the number indicated on the label. This meant that many former kusu awamoris were downgraded to simply “Ryukyu awamori.” But that only applies to bottles filled from that date. Meaning there are likely many, many pre-revision bottles still sitting on shelves labeled as kusu, but only 51%.

That makes sense, except… the shitsugi system doesn’t involve oak casks. So how does awamori mature in a ceramic container? The answer lies in science! Awamori’s main ingredient is rice, which has ferulic acid. That ferulic acid is separated from the rice by koji during fermentation, where it turns into 4VG. It’s the same process that happens in German Weissbiers. However awamori goes a step further — the 4VG converts to vanillin as the awamori ages. In fact, research has demonstrated that the shitsugi system actually increases vanillin in the final product versus just taking spirit off the still and letting it sit.

Since awamori doesn’t “need” to be aged in oak casks, even at the distilleries, it’s typically aged in ceramic or steel tanks.

For comparison sake, whisky gets its vanillin from the cask’s lignin as it ages. And only from the cask — whisky does not age when it’s bottled, because whisky is distilled multiple times, almost entirely stripping out things like 4VG from the liquid itself.

In any case, like whisky, basically all awamoris are a blend of various aged spirits. As a matter of fact, the only reference I could find to any other single cask awamoris was another bottling from this very same distillery. That’s all to say it’s fairly rare to find awamori aged in oak casks, let alone single oak casks. I’m excited to try this one! 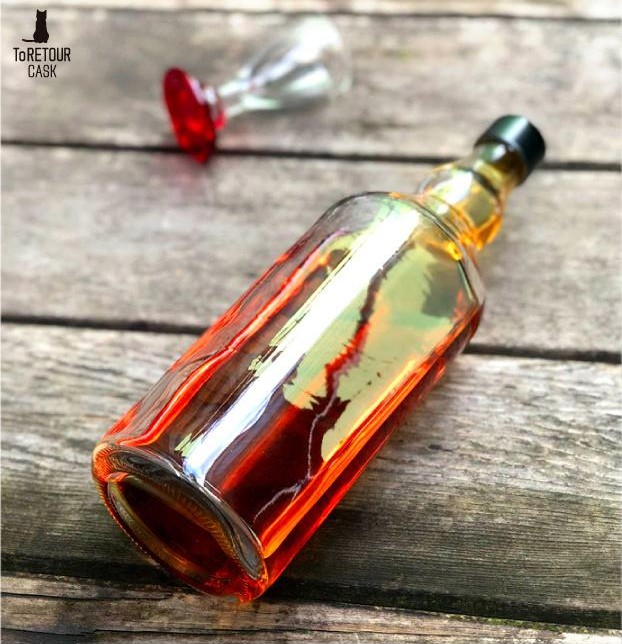 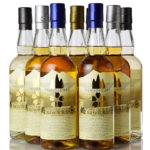